Recent reports that some agencies have been handed new communications directives are stirring confusion and questions from employees and lawmakers about these new policies and federal whistleblower protection rights.

House Oversight and Government Reform Committee Ranking Member Elijah Cummings (D-Md.) said these recent orders violate the Whistleblower Protection Enhancement Act, (WPEA) because these memos do not include a mandatory statement explaining that federal employee communications with inspectors general or members of Congress are protected.

Recent reports that some agencies have been handed new communications directives are stirring confusion and questions from employees and lawmakers about these new policies and federal whistleblower protection rights.

House Oversight and Government Reform Committee Ranking Member Elijah Cummings (D-Md.) said these recent orders violate the Whistleblower Protection Enhancement Act, (WPEA) because these memos do not include a mandatory statement explaining that federal employee communications with inspectors general or members of Congress are protected.

These memos also violate sections of the Consolidated Appropriations Act of 2016 and a provision in Title 5, the congressmen said.

“This memo appears to violate all of these laws, and it creates the impression that the Trump administration intends to muzzle whistleblowers,” Cummings and Pallone wrote.

Their latest concern is a Jan. 20 memo from the acting Health and Human Services Department secretary, which said that employees should not post any final regulations, notices or documents that were intended for publication on the Federal Register before the HHS Office of the Secretary has had the chance to review them.

The memo also halts “correspondence to public officials (e.g., members of Congress, governors)  containing interpretations or statements of department regulations of policy, unless specifically authorized by me or my designee, shall be sent between now and Feb. 3, during which time you will have the opportunity to brief President Trump’s appointees and designees on any such correspondence which might be issued.”

Regardless of their intent, these memos appear to be prompting more questions from federal employees.

“It makes you wonder what is happening inside the agencies, what’s being discussed as to what you can say, what you can’t say,” said David Colapinto, general counsel for the National Whistleblower Center.

Colapinto said he hasn’t yet heard that an employee has been retaliated against for reporting or releasing information that went against one of these agency communication policies.

The Federal Practice Group has received more calls this week from federal employees with whistleblower questions, said Joanna Friedman, an attorney with the firm.

“That’s just this week,” she said. “I suspect we’re going to see a vast increase in potential whistleblower questions.”

Multiple media outlets reported similar if not more stringent communications policies at other agencies in recent days, namely at the Environmental Protection Agency and departments of agriculture and interior.

Staffers in EPA’s public affairs office are instructed to forward all inquiries from reporters to the Office of Administration and Resources Management, the Associated Press reported.

Former Obama administration officials told Federal News Radio that it’s not unusual to see administrations pause and ask their agencies not to issue new statements or regulations until new leadership arrives and gets briefed on organizational issues.

But at the very least, these memos are sparking confusion and a lot of questions.

“The way these things are worded, the way they’ve come out, it isn’t clear that it is not intended to chill employee rights to raise concerns within the agency or to go to places where they’re legally allowed to go,” Colapinto said. “Without providing that mandatory statement in the memos and things that we’ve seen released so far, it certainly lends itself to confusion and possible violations of law.”

Colapinto isn’t surprised by the confusion, as some whistleblower laws have changed since the last presidential transition. But he said the Trump administration should have considered a different approach.

“Because there’s confusion, to err on the side of caution, the Trump administration should issue the statement, a clarifying statement to all employees of these agencies that it’s not intended to restrict their right to disclose what any employee may believe is a violation of the law or anything else that is allowed to be disclosed under the Whistleblower Protection Act,” he said.

The Office of Special Counsel reminded federal employees about an anti-gag order provision in WPEA, which protects against agencies imposing “nondisclosure agreements and policies that fail to include required language that informs employees that their statutory right to blow the whistle supersedes the terms and conditions of the nondisclosure agreement or policy.”

“It’s any administration’s obligation and duty to be familiar with the laws under the Whistleblower Protection Act,” she said.

Federal employees have different rights compared to a private sector, at-will employee, which is why the Federal Practice Group is reminding public sector workers of those differences.

“There actually is a claim that federal employees can bring if they believe that they have been retaliated against for exercising their right to free speech under the First Amendment,” Friedman said. “If you believe that you’ve acted within the constraints of the law, the federal government cannot retaliate against you by taking some type of adverse employment action.” 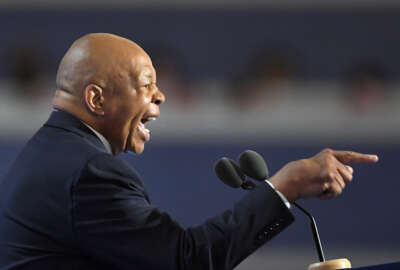