Anne Altman, general manager for U.S. Federal and Government Industries at IBM, is retiring from the technlogy and consulting giant.

Altman confirmed her retirement on Wednesday to Federal News Radio, ending a nearly three-decade career bridging both the public and private sector missions of the company.

In a statement from IBM, the company called Altman a “transformational leader.”

“During her tenure, she devoted her leadership and passion to drive IBM solutions that have enabled our...

Anne Altman, general manager for U.S. Federal and Government Industries at IBM, is retiring from the technlogy and consulting giant.

Altman confirmed her retirement on Wednesday to Federal News Radio, ending a nearly three-decade career bridging both the public and private sector missions of the company.

In a statement from IBM, the company called Altman a “transformational leader.”

“During her tenure, she devoted her leadership and passion to drive IBM solutions that have enabled our U.S. federal agency customers in so many ways, helping transform them in the process,” IBM said in a statement. “During her career, she also held executive positions leading our Systems and Global Public Sector businesses. We wish her the best in her retirement.”

IBM confirmed that Sam Gordy, of Leidos, Inc., would be succeeding Altman. Her last day is Jan. 31, while Gordy will officially start Jan. 18.

Gordy leaves Leidos having recently served as the senior vice president and group president of the company’s Integrated Systems Group. He brings nearly 30 years of intelligence community experience, IBM said, as both an active duty naval intelligence officer and as a contractor.

News of her retirement was met with well-wishes for both Altman as well as IBM.

“The company had a history of ‘tall white guy syndrome,’” said Mark Amtower, a partner with Amtower & Company. “And she busted through that early, in a variety of positions. The company has always shown extraordinary faith and trust in her, and deservedly so. For women, particularly in the government contracting arena, I think she’s always been a beacon of what they can and should be. She’s a genuinely nice person, an extraordinarily bright person. When you have the chance to meet her she’s very gracious. You can’t ask for much more.”

“There’s not many people, not in this market” who can replace her, he added.

Trey Hodgkins, senior vice president for the public sector at the IT Alliance for Public Sector (ITAPS) called Altman a “considerable force” in the federal public sector of the IT industry.

She worked “extensively to help improve the acquisition process and the deployment of innovative technologies for taxpayers and citizens,” Hodgkins said. “She was one of the first business executives to lend her support to our efforts here at the IT Alliance for Public Sector and has been a strong thought leader for IT and services in the public sector market. Her influence and foresight will be missed.”

“She helped establish IBM’s footprint as a major force in the U.S. federal market and led the company’s server hardware business during the most important product launch in the history of the mainframe business — the System z mainframe,” IBM said.

Altman serves as the vice chairwoman for the Northern Virginia Technology Council, and is also a member of the executive committee at the Professional Services Council.

“She has been a significant leader within the Professional Services Council, serving on our executive committee and chairing our technology council,” said Alan Chvotkin, executive vice president and counsel for PSC. “She’s also been a leader in the entire technology and business community in the Washington, D.C. area for a number of years.”

Altman is the first chairwoman of the PSC technology council, Chvotkin said, and in fact helped form the council.

“That council has issued some recommendations around cloud computing, around innovation, and government contracting for expanding the role of the approach to technology in fulfilling agency needs and missions. All of that work has been through that council and under her leadership,” Chvotkin said. “We’re excited to see her take on a different challenge and hope that she’ll stay connected to PSC and the community in some way in whatever she chooses to do next.”

Altman currently serves as treasurer for the National Symphony Orchestra Association Board of Directors and on the advisory council for George Mason University School of Business.

Altman and her husband live in Northern Virginia and have two grown children. 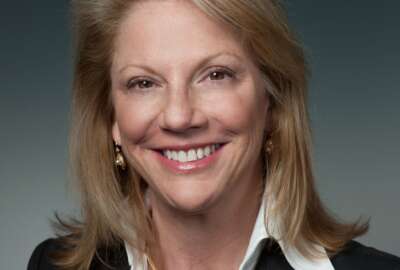 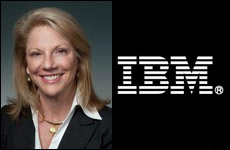