The ongoing and “relatively smooth” 2016 tax filing season highlights the importance of funding for the Internal Revenue Service, according to government auditors and the union that represents Treasury Department employees.

The agency has lost more than 22,000 full and part-time employees nationally in the past five years, and a total of $1.2 billion in funding, despite an increase in the number of tax returns filed, said National Treasury Employees Union National President Tony Reardon.

The ongoing and “relatively smooth” 2016 tax filing season highlights the importance of funding for the Internal Revenue Service, according to government auditors and the union that represents Treasury Department employees.

The agency has lost more than 22,000 full and part-time employees nationally in the past five years, and a total of $1.2 billion in funding, despite an increase in the number of tax returns filed, said National Treasury Employees Union National President Tony Reardon.

“The President put forward in his budget increasing the IRS budget by $1 billion and we are supportive of that,” Reardon said during an April 7  call with reporters. “Assuming if the IRS got that funding  … and put it into front-line employees, I think we would really start to see a real improvement in the ability of the agency to serve the needs of the taxpayers.”

In a Government Accountability Office report also released April 7, auditors found that “processing of individual income tax returns in 2016 has gone relatively smoothly through mid-February” and the IRS “anticipates improved taxpayer service due, in part, to additional funding.”

Congress gave the agency an additional $290 million in funding for fiscal 2016, after IRS Commissioner John Koskinen pledged to use some of the money to hire roughly 1,000 customer service representatives for the tax season.

The GAO report stated the IRS expects to have a 65 percent level of service rate for the filing season, however, for all of fiscal 2016 that average will be 47 percent — up from 38 percent in fiscal 2015.

Reardon called the $290 million “helpful,” but “nowhere close to being sufficient.”

“These are temporary employees who are going to go away at some point this fiscal year, and the concern is the number of calls answered is going to drop considerably once again,” he said.

Reardon said the biggest challenge for the IRS is staffing. The 22,808 full and part-time employees lost between 2011 and 2016 amount to a 21 percent cut in staffing. According to data released by NTEU, every state recorded a decline in personnel.

Numerically, California lost the most employees at 3,776. Other states with large declines were:

Alaska and Delaware reported the highest rate of decline during that time frame, at 41 percent.

“The IRS collects 93 percent of all federal government revenue, but maintaining that level of revenue collection continues to be a real, huge challenge for frontline employees, and that is directly related to staffing shortages,” Reardon said.

“I think there’s no question … the IRS needs more resources and they need more personnel to meet the demand for taxpayer services, to catch tax cheats and criminals, to effectively fight identity fraud, to enforce tax laws and to collect all the taxes that are owed,” Reardon said.

Last year, the IRS completed the lowest number of audits in 10 years, and the agency’s audit coverage rate in 2015 was the lowest since 2004, Koskinen said in March. That decline in audits and coverage rate has contributed to about $5 billion lost per year in enforcement revenue.

“In weakening our compliance programs, these cuts also create risk for our system of voluntary compliance,” Koskinen said, adding that a 1 percent drop in compliance rate translates to a revenue loss for the IRS of more than $30 billion per year.

Reardon said if the IRS gets additional money for hiring staff, those employees should be spread out to address customer service and enforcement.

“I believe the IRS needs it in both places. In many ways across the board it’s needed at the IRS. Over the last five years losing what amounts to 21 percent of their workforce makes it virtually impossible to serve the American taxpayer the way the taxpayer deserves to be served,” Reardon said. “The reality is, unless Congress provides the IRS with the resources that it needs to hire the people that it needs, taxpayers aren’t going to get the assistance they expect and quite frankly, that they deserve. Tax fraud will continue to increase, ID theft will escalate and more and more tax revenues will go uncollected.”

Reardon added that despite negative rhetoric that’s been spread about the agency, he felt the IRS was a place people do want to work.

“You’ve got an agency of really talented front-line employees who are very dedicated to not only their jobs, but to this country,” Reardon said. “I think there are many others either just entering the workforce or out in the workforce that would want to work for the IRS.” 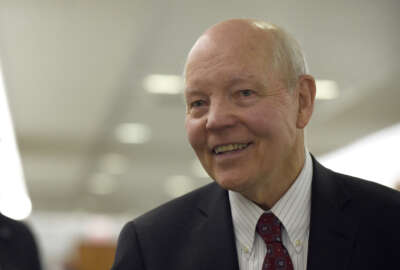 IRS chief: Agency will put federal funding ‘to good use’