Thus far, President Donald Trump’s promise to reduce the size of the federal workforce only involves attrition, not layoffs. But if things escalate to actual reductions in force, Pentagon employees with poor performance ratings will be the first to go.

The Defense Department is revising its reduction in force (RIF) policies to make performance the most important factor in deciding whose jobs will be cut in any future RIF rounds, a significant departure from the governmentwide civil...

Thus far, President Donald Trump’s promise to reduce the size of the federal workforce only involves attrition, not layoffs. But if things escalate to actual reductions in force, Pentagon employees with poor performance ratings will be the first to go.

The Defense Department is revising its reduction in force (RIF) policies to make performance the most important factor in deciding whose jobs will be cut in any future RIF rounds, a significant departure from the governmentwide civil service rules that emphasize an employee’s tenure and veteran’s status before any consideration of their performance evaluations.

The new rules spring from a provision Congress passed as part of the 2016 Defense authorization bill. In a change that applies only to DoD’s civilians, lawmakers mandated that any future layoffs “shall be made primarily on the basis of performance.” The new policy, set for publication in a memo to the workforce and HR managers on Thursday, is not a result of any new decisions by the Trump administration, the Pentagon said.

“This is not signaling that any RIF is imminent. But if it becomes necessary, we want to have the policies in place to keep our highest-performing employees,” said a senior Defense official who described the changes on the condition of anonymity. “We want to have policies that allow us to do RIFs in a consistent way.”

Under the procedures that apply to the rest of the federal government and that DoD also followed until now, federal workers were put into “retention registers” that prioritized the protection of their jobs based on mechanical formulas, taking four factors into account: Their tenure category, their veteran’s status, length of federal service and job performance ratings, in that order.

The new system significantly changes the weight each of those factors will be given.

Now, the most important consideration in deciding which employees will be most protected from future RIF rounds will be their “rating of record:” a one-digit overall summary between 1 (unacceptable) and 5 (outstanding) of each worker’s performance under DoD’s Performance Management and Appraisal Program.

Next, the system will look at tenure groups. A theoretical employee in Tenure Group I — career employees with more than two years of service — will be prioritized for retention over a career-conditional worker who’s still in his or her probationary period, assuming both have the same rating of record. The consideration of tenure in the RIF food chain doesn’t apply to temporary and term employees: their jobs will be the first to be eliminated, regardless of their performance.

As a sort of tie-breaker, the new system will then take into account another measurement of performance: an average score of the various sub-categories that make up an annual evaluation.

Under the new formula, veteran’s preference will only come into consideration after the department has considered the first three steps, a major departure from federal personnel policies that have tended to favor prior military service, both in hiring and downsizing decisions.

Asked about DoD’s decision to move veteran’s preference from the second consideration on the RIF retention list to the fourth, the official said the new policy was consistent with what Congress ordered the department to do in the 2016 Defense bill.

“We made performance the primary. We’re looking at tenure as a second factor because we wanted to make meaningful distinctions between people who have a performance record and those who don’t, but veteran’s preference is still the next tiebreaker after performance,” the official said. “We tried to stay consistent with the established order, but placing performance first and foremost.”

Jeff Neal, who has studied and written extensively about federal RIF procedures during his time as a senior HR official in the departments of Defense and Homeland Security, said DoD is probably correct in its reading of the law, but predicted the department would face a fair amount of pushback from veterans groups over its downgrading of the importance of veteran’s preference.

“I don’t think most people noticed this part of the NDAA and my guess is people are going to be very concerned once they see the actual regulations,” said Neal, who is now a senior vice president at ICF International. “I think what they’re doing is exactly consistent with the law, but veteran’s preference has been an enormous benefit in prior RIFs. In the last large RIF I was in charge of, we had people who stood up in our public meetings and said, ‘I don’t care what you do, I’m a career employee and I’m also a 30 percent disabled veteran, so I’m basically untouchable.’ Veteran preference for RIFs is a very big deal if you’re running lots of RIFs.”

Defense officials emphasized that reductions in force were an absolute last resort. Indeed, DoD has managed to almost entirely avoid the layoff option even during the most troubling of budget times: There have been no large RIFs during the past decade of continuing resolutions, government shutdowns and the sudden cutback of funds in 2013 when sequestration first took effect.

In one of the largest recent RIF examples in Defense, the Air Force said it would use the procedures to cut about 1,000 positions, but very few employees were actually terminated; the service instead used its RIF authority to “shape” the workforce, including by moving some civilians into lower paygrades.

In recent years, the military has tended to favor buyouts — voluntary separation incentive payments (VSIP), in government HR parlance — or simply deciding not to fill empty positions in order to meet Congressional mandates to reduce its civilian headcount.

And across the federal government, only 3,688 employees have been separated through reductions in force since 2011, according to statistics from the Office of Personnel Management.

“As long as the number of RIFs stays tiny, this won’t be a significant change,” Neal said. “But if there’s another round of base realignment and closures, for example, or if DoD starts downsizing in some areas of the department, this will become a much bigger issue.”

Air Force will use RIF authority to trim civilian workforce 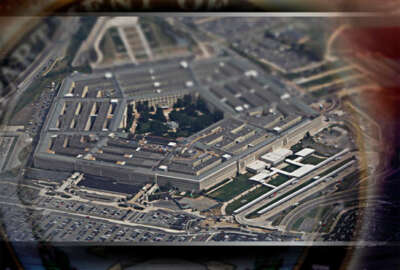