Lawmakers are once again trying to give federal employees a shot at paid parental leave.

The Federal Employees Paid Parental Leave Act (FEPPLA) would give federal employees up to six weeks of paid leave after the birth, adoption or fostering of a new child. Federal employees can currently take up to 12 weeks of unpaid family or medical leave in those situations.

Lawmakers are once again trying to give federal employees a shot at paid parental leave.

The Federal Employees Paid Parental Leave Act (FEPPLA) would give federal employees up to six weeks of paid leave after the birth, adoption or fostering of a new child. Federal employees can currently take up to 12 weeks of unpaid family or medical leave in those situations.

“As a young mom when I was a federal employee, I was acutely aware of the balance between raising a family and building a career,” Comstock said in a statement. “That is why I am teaming up with Congresswoman Carolyn Maloney (D-NY) in introducing the Federal Employees Paid Parental Leave Act.”

Maloney, along with House Minority Whip Steny Hoyer (D-Md.) and Reps. Don Beyer (D-Va.) and Jamie Raskin (D-Md.), announced the re-introduction of the legislation during a Feb. 13 press conference.

The fight for paid parental leave for federal employees has been a long one for Hoyer, who co-authored a similar version of the bill back in 2009. It passed the House eight years ago, and even then, the legislation had been pending in some form or another for several previous years.

“Adopting this legislation would help us retain the best workers we have and recruit other talented Americans to serve their country in the civilian federal workforce,” Hoyer said outside the U.S. Capitol Monday afternoon. “We are competing for the best talent with companies not only here but around the world that have these leave policies already in place.”

The U.S. is the only industrialized country that doesn’t provide paid parental leave for its entire workforce, Maloney said.

“There’s a lot of evidence that shows a 12-week maternity leave period generates much more return of women to the workplace than it does for an eight-week or a six-week,” he said. “Good, long-term, medium term maternity leave saves you all the retraining costs, all the HR costs, all the lost productivity of losing that person.”

The bill’s sponsors and supporters say it’s important to recognize and extend the same leave opportunities to both mothers and fathers.

“First-time parents who utilize paid leave are more likely to return to their jobs,” said Tony Reardon, president of the National Treasury Employees Union, pointing to recent Pentagon programs that give up to 12 weeks of paid parental leave for members of the military.

Former President Barack Obama signed an executive memo in 2015, which authorized federal employees to use six weeks of advanced sick leave to care for a newborn child. Obama encouraged Congress to pass similar legislation in his 2016 budget request, but those calls once again fell short.

Yet lawmakers seemed optimistic this time that they may find some consensus, possibly from the Trump family itself.

Maloney said she’s called and left messages for Ivanka Trump, President Donald Trump’s daughter, to tell her about the legislation. The President’s daughter has been vocal on the topic of paid parental leave in the past and influenced the child care plan her father proposed in September, which would give new mothers up to six weeks of paid maternity leave.

“She said she was interested in meeting with us and talking to us about it,” Maloney said. “She has not gotten back to me. She’s very busy I’m sure.”

Trump’s children have been persuasive to the President in the past, Hoyer added.

“We’re urging our colleagues on both sides of the aisle, and this is a bipartisan bill, to join us in supporting this legislation,” Hoyer said. “I encourage Republicans and the Trump administration to work with us on this issue if they really agree that paid parental leave ought to be a priority.”

In light of the President’s recent, short-term hiring freeze and the potential for workforce attrition, this initiative “could make federal employees feel good again,” Beyer added.

The bill has support from NTEU, the National Active and Retired Federal Employees Association (NARFE) and more than 20 other federal employee associations and unions. 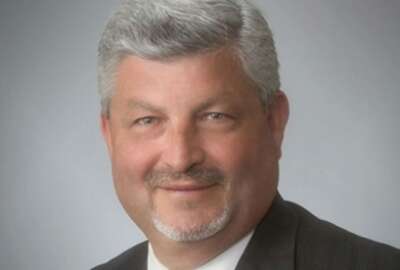