The range of work, employee pay grade and office location runs the gamut when it comes to the Environmental Protection Agency’s early retirement and buyout program, and as the Sept. 2 deadline approaches, more details are coming out on how the agency plans to reduce its workforce to address budget requirements and the government reorganization.

The range of work, employee pay grade and office location runs the gamut when it comes to the Environmental Protection Agency’s early retirement and buyout program, and as the Sept. 2 deadline approaches, more details are coming out on how the agency plans to reduce its workforce to address budget requirements and the government reorganization.

“As part of the agency’s ongoing efforts to improve overall efficiency and effectiveness, the EPA is seeking to reduce, restructure and reshape its various program and regional offices,” the agency’s VERA justification stated. “The agency’s drive for greater efficacy focused on the following themes: delayering to increase our staff to supervisor ratio; consolidation/reduction of administrative or support functions; restructuring or reducing highly graded supervisory and non-supervisory positions; restructuring to focus on core business functions (administrative support); restructuring to focus on STEM/programmatic priorities; and consolidating and streamlining functions, activities and/or reducing the number of our current programs.”

VERA is being offered to all regional and program offices except the Office of Inspector General, for a total of 22 offices.

EPA also reported that the maximum number of voluntary separation incentive payments (VSIP) it can offer is 1,227 payments with up to $25,000 for each payment.

VSIP is also being offered to 22 offices, and EPA said in its justification that it plans to “reassign higher graded work to remaining higher graded staff,” among other actions for the program.

Examples of these actions include reshaping the contracting workforce in Chicago Heights, Illinois, to have more contracting specialists as opposed to procurement analysts. Another is restructuring an environmental engineering role in New York City, to ”support functions other than construction grants.”

The agency does note that all buyout and retirement offers are “subject to funding availability.”

According to a May 17 internal  memo sent from EPA acting Chief Financial Officer David Bloom, EPA is setting aside $12 million for VERA/VSIP incentive payments.

The White House proposed a 31 percent cut to EPA’s fiscal 2017 budget; however, the House Appropriations Committee wants to fund the agency at $7.5 billion for 2018.  While that’s a cut of roughly $500 million from last year’s spending amount, it’s nearly $2 billion above what the administration proposed in its budget.

The administration’s FY18 spending plan also proposes 11,611 FTEs, a reduction of about 3,800 positions from last year.

In a recent memo EPA assistant and regional administrators are using to communicate to the workforce about the VERA/VSIP program, it urges employees to “carefully consider the information provided and your personal situation prior to making a decision.”

“The decision to take advantage of a VERA or VSIP is entirely voluntary,” stated the memo, which was obtained  by Federal News Radio. “This is a very personal decision. No one will be pressured to submit an application, and no one is required to accept an offer.”

“As our organization explores various workforce planning efforts, we want to take advantage of these and other flexibilities and tools to help ensure that our workforce possesses the mix of skills most appropriate for carrying out our mission,” the memo stated. “This decision was not made lightly; we value our dedicated employees and appreciate the work you perform on behalf of the American people.”

According to a VERA/VSIP schedule obtained by Federal News Radio, the application window for the program is open through July 26. In August, the shared service centers will send eligibility lists to regional human resources offices, followed by selected/non-selected letters sent out to employees.

EPA was forced to push back the VERA/VSIP process by about one week, because it didn’t have full access to the Office of Personnel Management’s Enterprise Human Resources Integration (EHRI) data warehouse and the electronic Official Personnel Folder systems. Without full access to those systems, Human Resources Shared Services Center staff couldn’t determine employee eligibility for VERA/VSIP while those systems were offline.

The electronic Official Personnel Folder (eOPF) has been offline since July 14. OPM planned the outage as a part of a computing center update, an agency spokesperson said.

“eOPF is available to users with individual accounts in read-only mode until the upgrade has been completed,” the spokesperson said. “Agencies are coordinating with employees when necessary for other HR activities. OPM expects to have all functionality available by July 31.”

The electronic Official Personnel Folder system contains records for an employee’s entire federal career. OPM and agency human resources offices often use the electronic OPF system to make decisions about an employees’ rights, benefits and other entitlements throughout their careers.

Various other EPA deadlines are scheduled for August, including an Aug. 18 last day for organizations to request  a late separation date for employees, and Aug. 31, the last day employees can decline VERA/VSIP offers.

The Sept. 2 final separation date at EPA is not affected by the eOPF access. 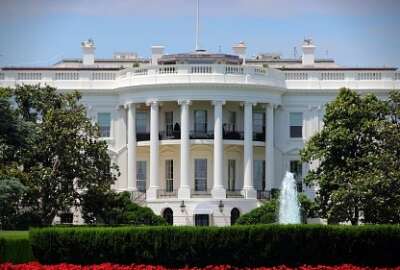 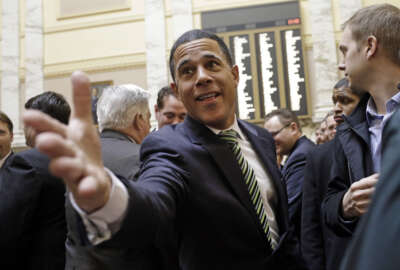