Subscribe to Federal Drive’s daily audio interviews on iTunes or PodcastOne
Like many agencies over the past year, the Securities and Exchange Commission didn’t leave behind the progress it had made on employee engagement once old political appointees left and new leaders took their place.

Seeing progress on employee engagement and satisfaction in the Federal Employee Viewpoint Survey was so important to new SEC Chairman Jay Clayton that he discussed the FEVS results with Lacey Dingman, the SEC’s chief human capital...

Like many agencies over the past year, the Securities and Exchange Commission didn’t leave behind the progress it had made on employee engagement once old political appointees left and new leaders took their place.

Seeing progress on employee engagement and satisfaction in the Federal Employee Viewpoint Survey was so important to new SEC Chairman Jay Clayton that he discussed the FEVS results with Lacey Dingman, the SEC’s chief human capital officer, during their first meeting together.

“He actually knew exactly where our results were,” Dingman said in an interview with Federal News Radio. “He’d already reviewed the hearing that I did earlier this year, and so he had a lot of questions. He was immediately engaged. That in itself has set a tone at the top.”

The SEC has been on the upward climb for the past five years, when it ranked second-to-last among large agencies for employee engagement.

The SEC ranked third in employee engagement and first among medium-sized agencies in global satisfaction on the 2017 FEVS. The global satisfaction index measures employees’ perception of their job, organization, pay and whether they’d recommend their agencies to others.

For another consecutive year, the SEC was among the “most improved” medium sized agencies in 2017. It improved 4 percent between 2016 and 2017 and 7.5 percent during the previous survey cycle.

“Over the last five years, we’ve really continued every year to build upon what we’ve been doing,” Dingman said. “Sometimes things work, sometimes they don’t; you just re-calibrate. You look at the survey results and then you adjust. The big focus over the last two years is not only ‘have we been really looking at it from an agency level,’ but we’ve really been pushing it down to the grassroots level. That has really paid off for us.”

Specifically, Dingman and her office tried to get all SEC senior leaders, managers and supervisors engaged and involved with their individual FEVS results last year. Even first-line supervisors can now view survey results for their particular unit or group, study their concerns and work with mid-level managers to find ways to improve.

Dingman said that level of visibility helped SEC improve its “leaders lead” score by 6 percent in 2017.

“That level of accountability has really helped,” she said. “We can go in and see when a manager might be struggling in a particular area or where they’re really being successful and how … we share those best practices across the agency.”

Dingman and her team briefed every SEC senior leader on the FEVS results for their particular office or unit.

“We also will then, after they’ve had those briefings, sit down and work with them and figure out what their areas are for opportunities and what we can help them do over the course of the year to improve,” she said. “We will do facilitated discussions with the employees. We will help them draft action plans — whatever it takes. I have a pretty solid team that will go in and help those managers. When something’s flagged, we’re able to respond quickly.”

In addition, the agency paid particular attention to improving communication and collaboration over the past year, Dingman said.

“Our chairman gets in front of our staff on a routine basis,” she said. “That’s either through town halls, [or] he drops in at meetings. He also shares a lot about what he’s doing if he’s going up to the Hill. He talks about what initiatives are before the commission right now, and that in itself gives the employees some context as to what is happening across the agency, if it’s a rule making or if there’s some enforcement matter that’s happened, the message goes out.”

Survey questions measuring employees’ satisfaction with SEC communication have gone up about 18 percent in the past five years, Dingman said. But the agency and its chairman still don’t believe they’ve mastered it. Improving communication will be another focus for the SEC in 2018, she added.

In the future, the SEC also wants to drill down further into the results and develop strategies at each of its 24 components. Each office has its own “mini-culture,” Dingman said, and different occupations have specific concerns.

About 80 percent of SEC employees took this year’s FEVS, which is the agency’s highest-ever response rate for the survey, Dingman said.

The agency is proud of the response rate, because it means SEC employees believe leadership will use survey results to influence future decisions.

“It means that all of the foundational work that we’ve done and the process that we’ve built into the survey and the continual feedback loops that we have now are working,” Dingman said. “That’s something we need to continue to focus on, so that as things impact us, our employees are resilient. They realized that we, as leaders, are going to pay attention to what they’re saying and we’re going to adapt accordingly, and they do the same. That in itself has helped us build a lot of trust that will manage through anything that might come our way.” 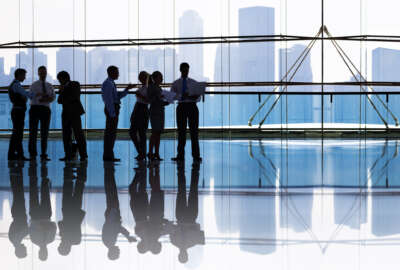