Telework cuts could make government even less competitive in hiring

After the Department of Agriculture cut back its telework policy, and with the Department of Education’s currently up in the air, some federal employees are concerned about the future of the popular program. But agencies concerned solely with the pros and cons of letting employees work from home could be missing the bigger picture.

After the Department of Agriculture cut back its telework policy, and with the Department of Education’s currently up in the air, some federal employees are concerned about the future of the popular program. But agencies concerned solely with the pros and cons of letting employees work from home could be missing the bigger picture.

Frank Landefeld, public sector market leader at MorganFranklin consulting, said restricting such work-life policies could make it harder for the federal government to compete for new talent. And with the possibility of another major employer moving into the area in the near future, that competition is likely to heat up soon.

“If the federal government wants to survive the candidate battle that they’re going to have, because they need to hire many of the same kinds of skillsets in this world where cybersecurity is a big concern, and it’s not just Amazon coming to town. It’s going to be all of the other organizations that want to be within shouting distance of wherever Amazon lives on the East Coast. That, quite honestly, is going to start absorbing all of the candidate pool. The government needs to make sure that they have a dog in that fight,” Landefeld said.

And that competition can be fierce. Landefeld said that the fastest growing private companies are the ones who implement work-life policies like teleworking. In fact, he said, most are nearly 100 percent virtual, and they’re growing at exponential rates, even in the current low-unemployment economic environment.

That’s because flexibility makes people feel like they have an opportunity to perform. They know their performance will be judged on the results they deliver, not from where they deliver them.

Landefeld said data from a 2017 report from the Office of Personnel Management on the Status of Telework in the Federal Government supports this. The report says between 2012 and 2016, the number of federal employees eligible for telework who took advantage of it rose from 29 percent to 51 percent.

“It’s no mistake that at the same time, the status of those employees’ attitudes has significantly outpaced non-teleworkers around how innovative they think those organizations are, what they feel from an engagement perspective, job satisfaction,” Landefeld said. “And quite honestly from a retention perspective, which is where we tend to focus, it’s up more than 10 percent for employees who have telework available to them versus those who don’t.”

But improved retention isn’t the only benefit for agencies. With telework, agencies don’t have to have 100 percent of their workforce in the office all at once, meaning they can work out agreements for some employees to share workstations. And then there are community benefits, like fewer federal employees commuting, leading to decreased congestion on the roads during rush hour.

But take these benefits away, Landefeld pointed out, and you don’t simply return to baseline. At this point, reducing or eliminating telework altogether would actually reverse the positive benefits of the program. In other words, the roads get more congested, agencies are forced to spend more on real estate to accommodate all their employees’ physical presence. And the employees themselves become less productive, resentful of their lost flexibility, have more difficulty balancing work and their lives, leading to more stress and higher turnover.

Landefeld thinks the problem with telework implementation is a generational gap. He said 19 percent of federal employees don’t telework because their supervisor won’t allow them. Landefeld attributes the reluctance of supervisors to allow telework to either a lack of experience with the program, a lack of training in it, or simply an old-school perspective that places more value on line-of-sight management.

He said older employees often point to a socialization problem, saying younger employees don’t socialize very well, and that teleworking exacerbates the problem. This is reflected in the reasoning behind USDA’s telework cuts: a need to have employees in the office, interacting in person, in order to be more effective. Landefeld disagrees.

“When we see some of these folks in the younger generations, they can teach us a thing or two about socialization. They know and are so in tune with how to socialize that they don’t need to have line of sight,” he said. “They are so adept at being able to interact virtually with folks that it’s really a non-issue. And it’s actually been a big surprise to us at MorganFranklin and some other places that I’ve been that, quite honestly, it’s served as kind of a force multiplier to some of our efforts to provide flexibility to folks.”

Instead of restricting telework and trying to mandate employees remain in the office, Landefeld said supervisors should try to understand the programs and how they work. They should also try to clearly articulate the ground rules and the expected results.

“Instead of making it, ‘Hey, we’ll give this to you as a carrot,’ make it part of what we do, make it part of the culture of the organization, the agency, the department,” he said. “As people just start behaving that way, you’ll also start to see supervising folks in that environment becomes easier because it’s part of their life now, and they would risk losing that flexibility if they didn’t deliver the results.” 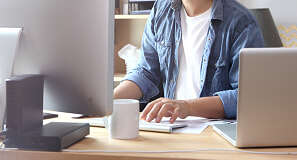 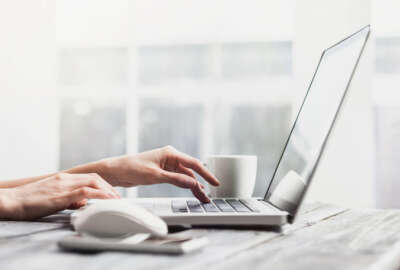 USDA cutting down on telework for all employees 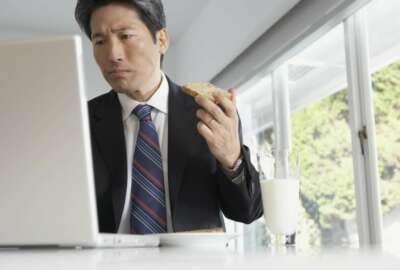 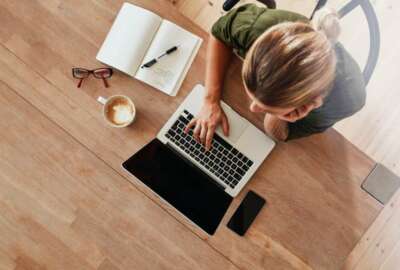