Enrique Lamas, Census’s chief operating officer, said the agency stood up the fusion center under the supervision of Atri Kalluri, the head of the...

Enrique Lamas, Census’s chief operating officer, said the agency stood up the fusion center under the supervision of Atri Kalluri, the head of the decennial information technology division, for the bureau to keep an eye on “things that are being said that need further clarification from the Census Bureau.”

DHS has stood up fusion centers in states and major metropolitan regions to serve as the “primary focal points” of contact for the federal government to share threat information with state, local and tribal governments, and vice versa.

The fusion center stands out as the latest in a series of efforts to build public confidence in the country’s first decennial census where households can respond over the phone or through the internet.

The bureau has been working with Department of Homeland Security and members of the intelligence community on cybersecurity efforts that include “red team” penetration testing and monitoring social media platforms for signs of an imminent cyber threat.

DHS at a closed-door briefing earlier this year told congressional staff that the 2020 census will receive as much cybersecurity support from DHS as the 2020 election.

But misinformation doesn’t have to be malicious, and the bureau is taking steps to dispel online rumors about the census in order to boost response rates. Earlier this month, the bureau set up an email inbox, where people can report “confusing” or “false information about the 2020 census.”

The public can also email the bureau to clarify questions they have about the census and its impact.

Census Director Steven Dillingham also addressed public concerns about the privacy and security of data they provide to the 2020 census, and said the bureau remains focused on training its current workforce to develop skills for an ever-changing environment.”

“The federal statistical landscape and the work of the Census Bureau are changing,” Dillingham said.

The bureau, he added, continues to recruit outside talent with “special skill sets,” with an emphasis on data science and data analytics.

“The introduction of data scientists at the Census Bureau creates the opportunity for new skills to explore and analyze data,” he said. “So stay tuned as we continue to roll out a talented data science workforce and transform our core business practices.” 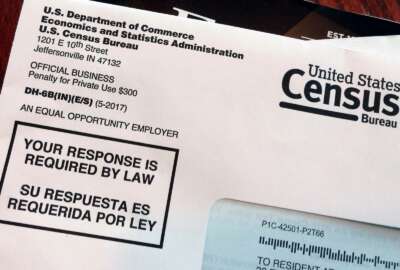 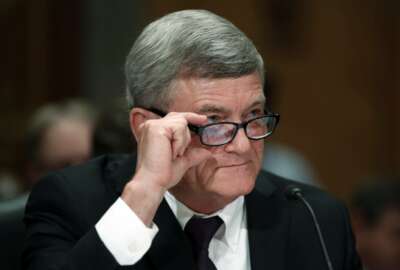 Many of the innovations of the 2020 census, including internet self-response, are expected to help drive down the cost of future decennial counts. Even though the 2020 count remains a work in progress, Dillingham said officials have begun looking at new ways to approach the 2030 count, which will “change even further.”

Using administrative records from the Postal Service and satellite imagery from the National Geospatial-Intelligence Agency, the Census Bureau has also overhauled the way it runs its address canvassing operation, which began in August.

During this phase of the decennial count, temporary Census employees verify the address of every household in the United States, in order to mail 2020 count forms to them next spring.

Through satellite imagery, the bureau has already managed to identify 65% of the addresses where it will need to mail census forms. That leaves another 50 million addresses — about 35% of the work — for census canvassers to verify between now and October.

But the remaining 35% of households that address canvassers will have to identify are some of the toughest cases. According to Dillingham, about 15% of the U.S. population moves each year.

“When they knock on doors, they ask about potential hidden housing units,” Fontenot said. “Are there basement apartments, are there converted living spaces in garages? Are there other places on the property where people may be living that are not on the address list?”

Address canvassers have hit the streets with laptops to record their data, and the IT pipeline bureau officials have built to transmit that information has only used about 1% of its total bandwidth, according to Michael Thieme, the assistant director for decennial census programs.

“All of this is good news. It makes me feel confident that when we get to real peak operations, the non-response operations, that we’re going to have the capacity and the performance that we need,” Thieme said.

During next year’s non-response follow-up, enumerators will knock on the doors of households that have yet to submit a 2020 census questionnaire — either through the mail, over the phone or online.

In the event that the volume of census response data exceeds the capacity of an individual “cluster” of servers, Thieme said that failover tests have demonstrated that they can fall back on other clusters.

“When we were able to break the system with load, we were then able to redistribute the load among the remaining clusters and have low distribution go back to normal after the crisis,” Thieme said.

Beyond cyber readiness, the 2020 census team also tested the resilience of its ground game in the event of natural disasters.

It activated its Decennial Rapid Response Team after Hurricane Dorian made landfall earlier this month, and closed two active area census offices, in Florida and Georgia, for three-to-four days during the storm.

Al Fontenot, the associate director for decennial census programs, said address canvassing staff continued operations in areas that were not evacuated, at the discretion of the “local management on the ground.”

“Our first is to ensure the safety of our staff, our equipment and our facilities. Our second goal is to ensure our ability to achieve our mission to complete the count as well as possible,” Fontenot said.

Census COO Lamas said the bureau will continue to work with the Federal Emergency Management Agency when working in disaster zones, and added that bureau officials recently visited the National Weather Service to consider ways to leverage their forecasts during the count.

Should a natural disaster emerge during the 2020 count, Deputy Census Director Ron Jarmin said the bureau could rely on administrative records to approximate the household count in an impacted area.

“The situation is very fluid after a disaster, and you need some ability to follow people more continuously over a period of time, and administrative records are pretty well suited to do that,” Jarmin said.