George Carlin and the effects on solicitations, contracts 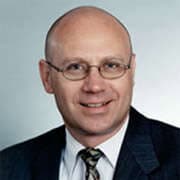 I read an article by Matthew Berry, ESPN senior writer on ESPN.com on Love, Hate and seven dirty words. I did not know he worked in Hollywood, where his first job was working as George Carlin’s [the famous comedian] assistant. I remember hearing the, “Seven words you can never say on television,” skit. Most of those words I had heard on the playground, but couldn’t admit to my parents.

Berry stated in the article that Carlin...

I read an article by Matthew Berry, ESPN senior writer on ESPN.com on Love, Hate and seven dirty words. I did not know he worked in Hollywood, where his first job was working as George Carlin’s [the famous comedian] assistant. I remember hearing the, “Seven words you can never say on television,” skit. Most of those words I had heard on the playground, but couldn’t admit to my parents.

Berry stated in the article that Carlin told him: “Words are just words, he would argue, it’s the context of those words that’s the key. The motivation and intent behind what someone was saying was the key. The idea that one word was bad while another was safe was insane to him.”

So how does this apply to solicitations and contracts?

How the government states requirements, proposal preparation instructions, and evaluation criteria matter. What most solicitations and contracts lack is context.

Write for your audience

Most people write requirements, solicitations and the resulting contract from their perspective (i.e. what they want and know). Unless you are the program office or the incumbent contractor, you rarely have an idea of what is really performed compared to the requirements in the solicitation and contract. This limits competition and innovation/solutions. Instead, write the requirements as if you knew nothing about the environment, workload, and what is most important to accomplish the mission.

Authors of documents need to understand the audience. Most contractors do not know the environment, so using internal “lingo” does not help potential competitors understand the requirement. For example, let’s assume a requirement is stated as, “shall provide services in accordance with the agency’s XYZ instructions.” Unless you are the incumbent, most offerors would not understand what “XYZ” is or how it applies to the requirement. The government should provide the opportunity for potential offerors to have access and context to the internal documents the incumbent has (security issues excluded), so they have a fair chance to respond to the requirement.

I once participated in a leadership exercise where you made a drawing on a piece of paper. You then had to sit back to back with someone who had not seen what you had drawn and describe the drawing and have them replicate the drawing. It rarely succeeded.

I have also been in too many meetings where the technical folks debate how to state a requirement. They continuously debate how the process or system should work based on their own assumptions. This is not a knock on them, they are focused on getting the job done and are likely accustomed to a Statement of Work (SOW) environment instead of a performance based one.  Consequently, there is a tendency to describe process rather than describing the actual desired outcome.

Increasing the use of requests for information (RFIs) and draft requests for proposals (RFPs) early in the requirements development phase can assist with improving the exchange and understanding of the requirements, assumptions and industry capabilities. Better yet, have some discussions with industry about the outcome and what it will take to achieve that outcome. Open dialog is not a bad thing, if it is done within the rules and fairly.

On the other hand, industry has a role in this too. They cannot sit idly by and just consume what the government puts out. They need to proactively raise questions when appropriate and suggest alternatives to approaches, requirements, instructions and evaluation criteria. Nevertheless, this effective exchange only works when the respective parties listen to one another.

As George Carlin said: “If it requires a uniform, it’s a worthless endeavor.”

Don’t assume using the typical uniform copy-and-paste of requirements, instructions and evaluation criteria. Instead, truly consider and tailor them to the desired outcome and audience, to achieve more effective competition and innovation. Remember to write for your audience, organize the information, choose your words carefully, and test your assumptions. The government and citizens will be better served.

Mike Sade is a former senior procurement executive at the Commerce Department, assistant commissioner in GSA’s Federal Acquisition Service and a director of acquisition support at the Homeland Security Department’s Customs and Border Protection directorate. He is now president of Sade Associates.

Can CIOs and CAOs play well in the sandbox?