A plan emerges to lower the prices on military spare parts

The prices of spare parts have long been a bugaboo for the military. Now the Senate version of the 2023 defense authorization bill contains something called a progress payment incentive pilot program. For how it works and what the benefits might be,  the Federal Drive with Tom Temin turns to Project on Government Oversight defense analyst Julia...

The prices of spare parts have long been a bugaboo for the military. Now the Senate version of the 2023 defense authorization bill contains something called a progress payment incentive pilot program. For how it works and what the benefits might be,  the Federal Drive with Tom Temin turns to Project on Government Oversight defense analyst Julia Gledhill.

Tom Temin: And you have been looking at this idea of prices that the Pentagon pays for millions of possible spare parts for its platforms and so forth. What’s the background here?

Julia Gledhill: Sure. In weapons acquisition, as you know, we often see delays and cost overruns on the military’s biggest and most expensive programs, but also on smaller programs for spare parts for equipment and big weapon systems. On top of that, as you know, the defense inspector general has revealed several instances of contractors price gouging the Pentagon dating back over 20 years. And the most egregious and recent example is the example of Transdigm, which, as you know, is a company that made nearly $21 million in excess profits on only two and a half years overcharging the Pentagon for a spare part. And so this progress payment incentive pilot program is really a big step for Congress to get the ball rolling on preventing this type of military price gouging.

Tom Temin: And how would it work? This new pilot program that’s so far only in the Senate version?

Julia Gledhill: That’s correct. It’s in the Senate Armed Services Committee version of the NDAA. And think of the progress payment incentive pilot as a carrot. It would address these long standing issues of cost overruns and delivery date delays and price gouging by driving military contractor performance with financial incentives. In other words, contractors would be financially rewarded for meeting performance criteria and transparency standards, like meeting program milestones and schedules 95% of the time, disclosing particular financial information like first year subcontractor data, and arguably most importantly, contractors would be rewarded for providing the Pentagon certified cost and pricing information in a timely manner. Certified cost and pricing information is really important because it helps the Pentagon ensure it’s paying contractors fair prices, which would help the department avoid situations like overpaying for things like spare parts, whether it’d be pins or bevels, and hopefully prevent the type of price gouging that we’ve seen from companies like Transdigm.

Tom Temin: There’s a lot of, I guess, approaches to the spare parts issue. One of the challenges, though, is the long lifecycle of some of these weapon systems, sometimes 20, 30, 40, even 50 years, and sometimes the OEM has gone out of business or has merged. And there’s no real incentive for anyone to make the parts unless they can, you know, frankly, make a killing on them. Does this pilot project address that issue of the long range problem of parts?

Julia Gledhill: Yeah, you know, I think it does. And a big reason why is because the program not only helps taxpayers in the government by avoiding price gouging and therefore government waste, but it also really helps businesses. There’s a strong business case for the program, and that by adjusting contract financing policy to align progress, payment rates with performance, the Pentagon would give well-performing companies the opportunity to increase their cash flow to an extent not currently possible. And the reason I think that this kind of addresses this longer standing issue of spare parts and overcharging by companies that may have multi-year contracts, is because well-performing companies could receive up to 95% in financing for incurred costs as they move forward with a contract compared to the customary progress payment rate of 80%. And so this is appealing to contractors, because say you have a multi-year contract, you are always looking to increase the amount of government financing that you can receive because the federal government does not reimburse interest payments on loans. So there’s a strong business case here, particularly for small businesses, who have greater trouble entering into the industrial space.

Julia Gledhill: You know, it definitely leveled the playing field to a certain extent because not only does it increase progress payment rate up to 95% for well-performing companies, but it also lowers advanced payments for large companies to 50%. So, you know, these prime defense contractors would need to kind of meet the same transparency and performance standards laid out in this pilot to maximize the financing that they would receive at the beginning of each billing period in a particular contract. I think it’s important to note that, as I said before, contractors do receive a customary progress payment rate of 80%. So if we’re already giving prime contractors a significant amount of financing, why don’t we also condition that on certain, you know, performance and transparency criteria, so that they really have to give the DoD assurances that they’re not overdoing things like overcharging the department for spare parts.

Tom Temin: So spare parts planning could or should be maybe more upfront in the program planning aspect?

Julia Gledhill: There are a lot of different types of contracts in the defense contracting space. And it can get a little bit complicated, but there are a lot of loopholes and contracting regulations that allow companies to withhold certified cost and pricing information from the Pentagon, the department isn’t able to ensure that they’re paying fair and reasonable prices. And so this program is a carrot, it says, hey, we’re already giving companies a certain level of financing, we’re going to increase the amount of financing that you can receive contingent on your ability to meet these performance and transparency standards. And that levels the playing field for defense contractors who have definitely taken up a lot more real estate in the space since the conglomeration going back to the ’90s. And so a smaller company is going to have a lot more opportunity to contract with the Pentagon, not only because of the fact that the program limits financing to 50% for large contractors, but also because one of the incentives in this pilot program for primes is to meet certain subcontracting goals. And so prime contractors would actually receive a financial incentive to maximize the opportunity for small businesses to contract with the Pentagon.

Tom Temin: But just to make it clear, the performance goals that would be met with higher amounts of financing by the Pentagon, those goals would include the spare parts question?

Julia Gledhill: Not directly. The reason that the pilot addresses the spare parts issue is that companies would receive a financial reward for timely responses to requests from the Pentagon to provide the certified cost and pricing information, the lack of which is one of the main reasons that the Pentagon is overcharged by spare parts.

Tom Temin: Is another reason perhaps and you know, in your general research, that they’re not very good at planning the requirements for spare parts. And when it becomes an ad hoc, “Oh, my gosh, I need this part tomorrow”, as opposed to “we’re going to need 57 of these parts over the next 13 months on this delivery schedule” that gives them more leverage over contractors?

Julia Gledhill: That’s an interesting question. I haven’t found evidence to suggest that but you’re absolutely right in your earlier statement that some of our spare parts suppliers are sole source suppliers. And so should that be the case when the Pentagon needs spare parts quickly? That would definitely be a strain on a sole source provider that maybe hasn’t planned for that and there aren’t alternatives. But the short answer is I haven’t found evidence to that to suggest that that would be the case. I think that lack of competition but also lack of financial transparency from sole source providers, specifically is kind of the more important and more difficult challenge for the Pentagon in ensuring that they’re paying fair prices.

Tom Temin: Julia Gledhill is defense analyst at the Project on Government Oversight. Thanks so much for joining us.

OTAs and beyond: Scaling innovation in Defense contracting 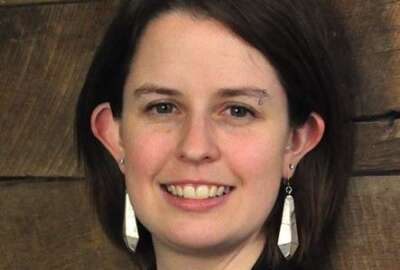 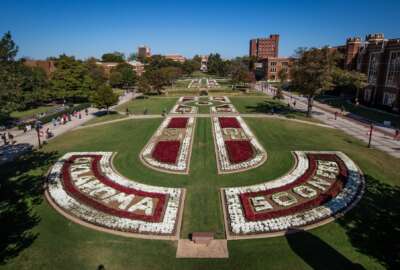