This is because officials from the Federal Acquisition Service say each of the schedules have to...

This is because officials from the Federal Acquisition Service say each of the schedules have to update their own policies and procedures to include OLMs and ODCs.

Tiffany Hixson, GSA’s assistant commissioner for the Professional Services and Human Categories in FAS, said for her schedules program adding OLMs is a huge deal.

“We have been pressing my policy and program counterparts hard to get the policy out the door so we can try to get these provisions implemented through our schedules programs by mid-to-late third quarter. That’s my goal, that’s my wish and that’s my ask,” Hixson said at a recent event sponsored by ACT-IAC in Washington, D.C. “We know that this year there will be a huge push in terms of year-end buying just given where we are at with the budget cycles. So getting this tool in the hands of frontline contracting officers is a big deal.”

Hixson said her office will work with industry and ordering offices so they understand how to apply ODCs and OLMs.

This change lets agency customers using the schedules contracts use time and materials as well as fixed price contracts.

She said the SIN is working its way through approval process and should be out in late spring or early summer. This SIN would be only for service type contracts, Shutt said.

GSA published the final rule in January to let agencies use OLMs or ODCs on schedule buys. Basically order level materials or other direct costs will let agencies buy ancillary services on the same contract as a schedule product.

Previously, acquisition workers often had to undertake two contracting actions if they wanted to buy ancillary services from the schedules — one for the product and then one for the services.

Industry and customer agencies have pressed GSA to fix this shortcoming of the schedules for almost a decade. And some say, the inability to use ODCs or OLMs have led to the proliferation of other multiple award contracts that do let contracting officers use ODCs.

Maureen Jamieson, executive director of consulting at Centre Law & Consulting, said on Tuesday that there still are a lot of unknowns about how GSA finally will apply OLMs and ODCs.

Jamieson, speaking at Centre’s Annual Review 2018: Hot Issues in Federal Contracting conference in Oxon Hill, Maryland, said GSA still must determine if the industrial funding fee (IFF) for all schedule buys will be included in the ceiling price for OLMs.

She said GSA must further clarify how OLMs and ODCs will apply to blanket purchase agreements (BPAs).

Jamieson said GSA plans to release for industry comment on its Interact site an “advanced solicitation” for OLMs and ODCs in April.

4 pages to apply for a schedule contract

While adding ODCs and OLMs to the schedules is a huge step, GSA has several other priorities for 2018.

Hixson said it still takes too long for new vendors to get on the schedule and she wants to continue to decrease that time.

Shutt said the terms and conditions still are too hard to understand without a lawyer.

And across every GSA and administration initiative, efforts to better secure the supply chain are a growing focus area.

Hixson said she is focused on injecting innovation into the professional services and human capital schedules and contracts. She said the offer cycle times were out of hand, pushing a year to get some processed.

“It was really clear it wasn’t necessarily our underlying systems or infrastructure, it was the policies and requirements we had built into that offer process,” Hixson said. “Last spring, we started working with Stephanie and the rest of the schedules program on how can we really skinny down the pieces of paper required from industry to get on the schedule. I think we are going to be able to get the documents needed maybe down to four pieces of paper that are in a structured way that can really eliminate a lot of the duplication and work that our contracting officers are looking at.”

She said that policy be released for industry comment through the Interact site in the next few months.

Hixson said her office also is prepping the SmartPay 3 solicitation for release this year. SmartPay is the government credit card program. The government spends about $30 billion a year through the purchase cards.

Across the broader schedules, Shutt said through a series of listening sessions, her office identified several pain points that need to fixed.

“One of the things we will be looking at over this year is doing a more plain language version of the contracts so individuals and industry actually understand the terms and conditions that are in the contract and how it works for them,” Shutt said. “Another initiative that we have going on right now is really analyzing why and when we create new special item numbers. We’ve taken a step back to look at whether we really need another one? Should we be utilizing what we already have to get rid of the duplication that’s out there. We have started to get a lot of duplication across the vehicles.”

Shutt added she hopes to bring all of these efforts together so there is one look and feel for industry and agency customers.

Understanding risks to your supply chain

Bill Zielinski, GSA’s deputy assistant commissioner for IT category management operations, said over the course of the last year, the government has realized that improving its cyber posture come from understanding where the technology is originating.

“As agencies are purchasing their technical capabilities that after they have purchased those things and stood up those capabilities, then we will ask the question about whether it’s secure and how is the vendor securing it, is not the most sound plan for how to have a secure IT enterprise. There really is a need for us to take a look from the very beginning of the value chain,” Zielinski said. “As we are taking a look at those technical capabilities, how is it that we can ensure that at that very first point when we are looking at purchasing our capabilities, we have baked in those security requirements and that we really do understand what we are buying and from whom we are buying it from.”

He said if there is problem, agencies need to know if they can pivot to new suppliers and that those vendors are safer.

Zielinski said the supply chain risk management runs through all administration and GSA priorities including IT modernization and the transition to the new telecommunications contract known as EIS. 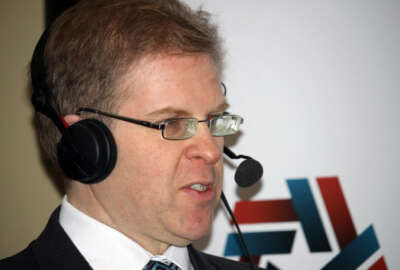 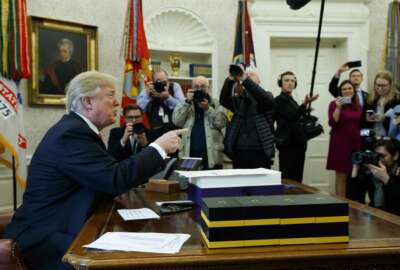