The General Services Administration believes it’s fixed at least one of the reasons behind a proliferation of overlapping indefinite-delivery/indefinite-quantity (IDIQ) multiple award contracts across the government. Until now, there was no way for agencies to buy products and services from GSA’s Schedules program while simultaneously getting the ancillary services and goods they might need to actually make use of them.

A change to the General Services Administration...

The General Services Administration believes it’s fixed at least one of the reasons behind a proliferation of overlapping indefinite-delivery/indefinite-quantity (IDIQ) multiple award contracts across the government. Until now, there was no way for agencies to buy products and services from GSA’s Schedules program while simultaneously getting the ancillary services and goods they might need to actually make use of them.

A change to the General Services Administration Acquisition Regulation (GSAR), published last month, lets agencies buy what are known as “order level materials” (OLMs) via the schedules themselves. Previously, officials said, acquisition often had to undertake two contracting actions if they wanted to buy ancillary services from the schedules.

For example, even if an agency found a great price for new office furniture from a Federal Supply Schedule vendor, installing it might have required an entirely separate contract. In another case, an agency might be able to use the schedules to hire an advertising firm to design a new marketing campaign, but would have to find another contract vehicle to pay TV stations for airtime.

Jeff Koses, GSA’s senior procurement executive, said that inability to arrange for OLMs as part of a schedule task order has led agencies to set up their own IDIQ contracts, where federal regulations already allowed them to do exactly that.

“A number of agencies told us that is a primary cause of this proliferation, and as we’ve met with them to talk about why we aren’t  leveraging the schedules to get those administrative savings, one of the biggest reasons they keep telling us is this hole in the program,” Koses said in an interview. “So if we see something that’s really leading to behavior that increases costs across the board, we had to take action on this.”

Under the final rule GSA published in late January, agency contracting officers now can arrange for order level materials as part of the same schedule order they’re using to buy the underlying product or service, as long as the cost of the OLMs is less than a third of the total value of the overall order.

As to why GSA settled on one-third, Koses said the cap needed to be less than 50 percent so as not to create a loophole that might be abused as a workaround to buy large amounts of products and services that aren’t on the schedules, but not so small as to constrain legitimate OLMs an agency might need as part of the task order’s primary purpose.

The ratio of how much OLM spending might be needed under any given task order varies widely, GSA found as part of its rulemaking process: it’s routinely less than 10 percent in the case of engineering and IT services, but often more than 25 percent for furniture purchases.

“And think about a facility maintenance contract, taking care of everything in a federal building – from the HVAC system, the plumbing – something’s going to go wrong somewhere in the space of that contract. We don’t know what that is [when the task order is placed,] and it’s not possible or logical to purchase every possible repair item,” Koses said.

The new rule also requires schedule vendors to get three separate quotes from their suppliers as one way to make sure the prices the government winds up paying for OLMs are fair and reasonable.

But industry pushed back against that requirement during the public comment period, and the final rule carves out some exceptions: Schedule holders won’t have to comply with the three-quote rule if they already have purchasing systems that have been approved by the government’s Contractor Purchasing System Review (CPSR) process, or if the cost of the OLMs falls below the simplified acquisition threshold ($250,000). Also, contractors’ travel costs are not counted toward the 33 percent cap.

Mark Lee, the assistant commissioner in the office of policy and compliance at GSA’s Federal Acquisition Service, said FAS will actively monitor the schedules’ new OLM spending, all of which will be reported by contractors under a new special item number (SIN).

He said FAS will watch for any potential signs of abuse, but predicted the rule change would lead to substantial savings for both government and industry.

“[The IDIQ proliferation] costs the government a lot of money, but it also costs industry a lot,” he said. “It can be as low as $10,000, but as $1 million in bid and proposal costs for them to get on one of these IDIQ contract vehicles. So the aim of this is really to reduce that duplication, and let industry use their bid and proposal money to compete at the task order level, which is a priority for GSA.”

But on the government side, the most important savings from the rule change might be measured in time saved, not administrative overhead, Koses said.

“To me, this in an opportunity to position the acquisition workforce for success and simplify buying,” he said, “And I want to point to this fiscal year as the very reason that this is critical. We expect Congress will pass a budget sometime in late March, OMB then has to apportion of the money, the money then needs to go to the federal agencies, make its way down to the program offices, go from there to the acquisition organizations and be spent wisely. If we look at the time involved, they’re not going to be able to go off and create new IDIQ contracts in that time window. So this is really a way to deal with some of the ongoing challenges and to ensure a successful end-of-year buying season.” 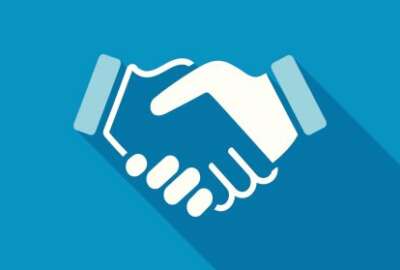 A welcome message from GSA