The Small Business Administration’s Historically Underutilized Business Zone (HUBZone) program incentivizes small businesses to base their headquarters in and hire employees from communities with high unemployment and low median incomes. The government has never reached its goal...

The Small Business Administration’s Historically Underutilized Business Zone (HUBZone) program incentivizes small businesses to base their headquarters in and hire employees from communities with high unemployment and low median incomes. The government has never reached its goal of awarding 3 percent of its contracts to HUBZone-certified businesses. SBA reports it came closest within the last decade in 2009 with 2.81 percent, but that number has steadily dropped to a low of 1.67 percent in 2016.

“Program participation dropped immensely after the release of the 2010 Census data,” said House Small Business Committee Ranking Member Nydia Velazquez (D-N.Y.) during a Sept. 13 hearing on the HUBZone Unification and Business Stability Act of 2017. “Nearly 90 percent of HUBZones do not have a single certified firm.”

One of the main reasons behind this is the way HUBZone qualification data is calculated. The income and unemployment numbers used to designate HUBZones are updated annually, causing the zones to shift on a yearly basis. This makes it difficult for businesses seeking HUBZone certification to conduct long-term planning in order to locate their headquarters and hire employees in such a way that will maintain compliance.

The new bill would solve this by instituting a new update schedule, where HUBZones are only re-evaluated every five years, starting in 2020.

“The five-year [cycle], for someone like myself, that’s a critical part, because you invest in infrastructure, you invest in job training, you create jobs in areas that jobs need to be created in, and six months later, or a year later as is current, the rug gets pulled out from under you,” Robert A. Schuerger II, principal and attorney at law for the Law Offices of Robert A. Schuerger Co., LPA, a HUBZone certified small business in Columbus, Ohio, told the committee.

Shirley Bailey, co-owner, executive vice president and chief operating officer of GCC Technologies, speaking on behalf of the HUBZone Contractors National Council, said the five-year cycle would provide businesses with the certainty they need to enter the HUBZone system. Currently, that lack of certainty deters many small businesses from seeking HUBZone certification.

“Because knowing that you have five years and the requirement to have the available data there will give the business owner the opportunity to be able to assess areas that, if he has to move, where he could go to and have more information,” Bailey told the committee. “It’s going to allow companies to consider when they’re coming into the HUBZone program, how much time they have. And also, in addition, even if they do come within that five-year period, and the area does get redesignated, they still have the three years, which will give them the period of time to make these decisions. The five year is going to provide people who are entering into long-term leases — a lot of our leases are five-year terms, contracts are five-year terms — that will give us the ability to make those decisions on doing that.”

“One of the major problems is the lack of HUBZone set-asides. Over the years, we’re not making anywhere near — we’re actually going down in meeting the 3 percent goal,” Bailey said. “You find that when we start to meet that 3 percent goal more and more firms will start to enter the program. They don’t see this investment in this program is going to pay off if there’s no set-aside programs.”

Committee Chairman Steve Chabot (R-Ohio) brought up another reason why that is occurring.

But Schuerger pointed out that plenty of other types of small businesses could take advantage of HUBZones, like call centers or his own law firm, if the regions were more stabilized. Bailey said that one of the fastest growing HUBZone industries is IT services. Businesses don’t have to be geographically limited to large regions to take advantage of HUBZone, she said.

“Many of the rural areas, one of the major issues that they have is they don’t have the population density. People tend to be spread out. They’re not around a major central industry such as the federal government,” Bailey said. “The HUBZone program, if we can get companies to relocate and help with the economic development of these rural areas, then we’re going to be able to add the infrastructure and the training and the capacity for these employees and have other opportunities that may be in the areas that these individuals are actually located in.”

The new bill would also lengthen the amount of time that areas suffering from base closures or declared as disaster areas would qualify as HUBZones, encouraging more companies to enter those areas.

The bill would also introduce new accountability measures for the SBA to meet. First, it would put the onus on SBA to be more proactive in ensuring that businesses are able to continue meeting HUBZone compliance standards by requiring them to make more data more readily available to businesses. Currently, businesses are responsible for ensuring their own continued compliance, but SBA isn’t always timely with its information.

John Shoraka, associate administrator of government contracting and business development at SBA, told the committee in September 2016 that SBA was considering an automated tracking system that will notify employers whether they are in compliance with program requirements.

Second, the bill would introduce new performance metrics to help SBA monitor for fraud and abuse. This has been a problem in the past; the Government Accountability Organization was once able to certify fake businesses using the addresses of the Alamo and a Starbucks located near the White House.

Bill Shear, director of the GAO’s financial markets and community investment team, told the committee at the same September hearing that SBA was considering acquiring a new system to help track this issue. 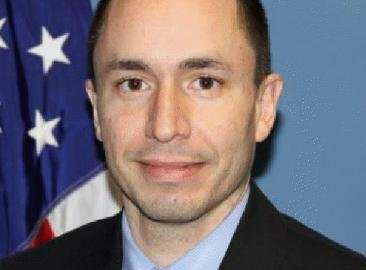 HUBZone program in transition after losing 30 percent of firms