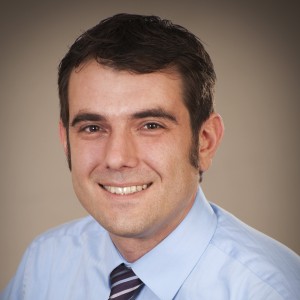 And not just occasional delays. According to the Government Accountability Office, delayed maintenance periods had become more the rule than the exception by 2020: 75 percent of the shipyard availabilities took longer than they were supposed to, keeping aircraft carriers sidelined for an average of 113 extra days, and submarines for...

And not just occasional delays. According to the Government Accountability Office, delayed maintenance periods had become more the rule than the exception by 2020: 75 percent of the shipyard availabilities took longer than they were supposed to, keeping aircraft carriers sidelined for an average of 113 extra days, and submarines for 225 additional days.

But a sweeping business process and governance improvement initiative called Naval Sustainment System-Supply (NSS-S), begun that same year, discovered that many of the problems were of the Navy’s own making. They were directly related to shortcomings in its supply chain, inventory management and ordering practices.

For instance, on paper, the service has long-established centralized ordering and warehousing systems via the Defense Logistics Agency and Naval Supply Systems Command (NAVSUP). But in reality, officials quickly realized, local supply departments at each of the Navy’s four public shipyards had been working their way around that system: placing their own orders and stocking their own parts, so that the broader Navy didn’t actually know what it had already bought – or what might be on-hand somewhere else.

“We found out that the shipyards oftentimes were competing with one another, buying parts from the same commercial vendor to effect their availabilities,” Rear Adm. Peter Stamatopoulos, NAVSUP’s commander, said in an interview with Federal News Network. “That type of integration was not being done until we started NSS-Supply. Now we’re able to look at that vast amount of part number demand, and then get either DLA or the Navy to be able to purchase those to make sure we buy that material in advance of need.”

“In advance of need” is key here too. The NSS-Supply effort, overseen by a new governance board populated by senior uniformed officials, also discovered that parts not being where they needed to be was a huge root cause of the maintenance delays. New data analytics showed that over the last several years, only about 30% of the parts needed to finish a ship’s planned maintenance were actually on hand when that vessel entered the shipyard.

“So what happens is that the other 60-plus percent of the material requirements are discovered as that availability is moving along. Some of it occurs when they open and inspect a planned job, but what we found out is that oftentimes, we should have the parts on hand ready to go before the work is actually started,” Stamatopoulos said. “It’s part of the dysfunction that has developed over the course of time: we haven’t been able to be as predictive in our requirements determination as we should be to support these jobs. So we’re getting after that.”

And fixing the underlying problems with ordering and inventory management are expected to carry benefits that extend well beyond reducing the number of wasted days ships spend in the yards. Once the Navy has a better handle what its long-term needs are going to be for spare parts, it can optimize its supply chains and use its buying power to get better pricing from industry.

Efforts like that are part of what’s led to the $600 million in verifiable cost savings the NSS-S effort has achieved so far, but Stamatopoulos said it’s also been able to give vendors reliable signals of what the Navy’s maintenance enterprise is going to need over time.

That’s a stark contrast to the past practice of only ordering a couple parts at a time at the last minute, once a major maintenance availability has already started.

“One of the key pillars of NSS-S is to shape the industrial base, and over the past two years, we’ve developed extraordinarily close relationships with the C suites across our vendor base,” Stamatopoulos said. “They’re well aware of these efforts, and one of the things that I continuously hear from them is they would like to have a more stable demand forecast, and it’s something we’re going to work really hard to give them.”

The same basic principle applies to major repair work. For some large components of submarines and carriers, the public shipyards have a secondary job: refurbishing them from top-to-bottom and placing them back in service aboard the vessel they entered service with, or one of their sister ships.

But most of that work happens once those pieces of equipment – called depot-level repairables – have been removed from the ship. And the turnaround time to procure the smaller, individual components needed to conduct those repairs are even worse than what the Navy’s experienced for the larger items shipworkers need to conduct maintenance on the vessel itself.

“The repair turnaround times have been far outside of commercial best practices – in some cases, more than 600 days, and we have to get better there,” Stamatopoulos said. “So one of the things we’re doing is concentrating inside the shipyards to make sure that those specific shops that are responsible for the overhaul of those of those components have all of the piece parts they need to effectuate a rapid repair. It also requires us to work very closely with the engineering divisions and the warfare centers. They have the technical authority for much of that material, and engineering changes may be required as those shops commence work on a component.”