Sometimes nations declare war on themselves. When a civil war broke out in Ethiopia back in 2020,  USAID worked overtime to ensure humanitarian aid got to those who were desperate for it, and to try and mitigate some of the human rights abuses. Now, a USAID Africa veteran Jonathan Dworken is a finalist in this year’s Service...

Sometimes nations declare war on themselves. When a civil war broke out in Ethiopia back in 2020,  USAID worked overtime to ensure humanitarian aid got to those who were desperate for it, and to try and mitigate some of the human rights abuses. Now, a USAID Africa veteran Jonathan Dworken is a finalist in this year’s Service to America Medals Program. He’s the director of the office of East African affairs at USAID, and he joined  Federal Drive with Tom Temin to talk about it.

Tom Temin: And tell us first of all about what the situation is you’re dealing with, because unfortunately, it kind of got lost in the news cycle because of occurring during the pandemic.

Jonathan Dworken: Well, first, let me say although I’m the one nominated for this Sammie award, it’s a true team effort. International development, as I like to say, is a team sport and our team that works on Ethiopia, across USAID, but especially in Addis Ababa, an American staff and local staff, really a tremendous team. So even before the war, USAID had been working in Ethiopia for decades. We’ve been helping by providing humanitarian assistance and education and health care. But what happened is that in late 2020, following weeks of escalating tensions between Tygrayan leaders in the north of Ethiopia and federal authorities in the capital, fighting broke out. Two million people were forced to flee their homes. And after a short period of time, almost a million people were facing the threat of famine. About a year later, in late 2021, because the fighting had spread towards the capitol, all USAID American staff and their families had to leave out of concern for their safety, which complicated things a bit further. So it was a challenging environment.

Tom Temin: But the work had actually started when the civil war broke out in 2020.

Jonathan Dworken: That’s right, we immediately had to shift our focus to humanitarian assistance, getting food, medicine and shelter to those who needed it in the North. But we also had to start new programs. So we started work countering disinformation and hate speech, which was fanning the flames of conflict, and supporting human rights investigators because of the massive human rights abuses that we saw with the conflict. At the same time, though, we needed to continue our longer term work that had been helping Ethiopia for decades, such as in health care, giving families malaria nets, textbooks for kids in schools, and all those things. What we had to be clear about though,  is we were giving assistance to all Ethiopians, regardless of the region, regardless of their ethnic group, we were impartial to the conflict. And of course, as with any crisis in Washington, we had to coordinate within and outside the agency and work with others. Especially to make sure we were doing everything we could in Washington to start programs and keep our programs going, working collaboratively with Congress and other donors and U.N. officials. So to do this, USAID leadership really looked to the experts, people on my team and elsewhere to lead and bring all of this together with daily calls from people throughout USAID and throughout the world to make it happen.

Tom Temin: Let me ask you this, how many people were on the ground in Ethiopia from USAID and other agencies, versus how many people you had as the local agents and contractors and NGOs that work under USAID in foreign countries?

Jonathan Dworken: So on the ground at the USAID mission in Addis we have about 40 Americans, but well over 100 local staff. These are local hired experts that work full time for USAID. They may be doctors and accountants, experts in health and sanitation that help manage the programs on a day-to-day basis. At the same time, we probably had over 1000 people that were what we call our implementing partners; U.N. agencies such as the World Food Program, non governmental organizations such as Catholic Relief Services, that are providing the actual assistance on the ground, as well as a number of contractors.

Tom Temin: We’re speaking with Jonathan Dworken, he’s director of the office of East African Affairs at the U.S. Agency for International Development. And in a civil war situation, it must be particularly dangerous, because it’s not another country attacking a country where there is at least a modicum of international understanding that there are neutrals there. But civil wars in some ways are harsher. And you must have the problem of each side suspecting you’re really on the side of the other. And how do you manage that one?

Jonathan Dworken: That’s exactly right. I think it was a really dangerous environment, especially for our implementing partners in the North. And there were actually a number of aid workers that worked for them that were killed. And we were also worried really about our local staff, some of whom were under suspicion, and we’re detained and harassed. I think the critical thing that we did here, which is what we do everywhere is to make sure that we’re just crystal clear that our assistance is to all Ethiopians, we highlight that it’s going everywhere in this country, and to everyone to get the message out that our focus is just on the Ethiopian people.

Jonathan Dworken: What we do in situations like that is support locals, often civil society organizations, that set up organizations to call out disinformation and hate speech. And we found that it can be very effective, but in a lot of situations, it’s really an uphill battle.

Tom Temin: So basically, then it’s fair to say you were not a referee, but simply trying to be a neutral, doing a third thing, which is non-combat related.

Jonathan Dworken: Just trying to make sure that Ethiopians knew the truth about what was happening in their country. And we were supporting journalists and others to get that out.

Tom Temin: And with respect to the real issue of the famine and the humanitarian aid that you were tasked to do, what are some of the numbers? What were you able to get into people’s hands and I guess mouths?

Jonathan Dworken: Well, for the longest time, a lot of the assistance in northern Ethiopia was blocked, and there was very little going through. Now the situation has changed, both sides have declared a humanitarian truce, and assistance is starting to go in terms of actually hundreds of trucks every day that are going into the Tygray region. Much more needs to be done. But we’re well over 100 a day. So we’re making progress. And we’re cautiously optimistic.

Tom Temin: And has the level of harassment from one side or the other dropped a little bit now that they hopefully understand that you’re not taking sides?

Jonathan Dworken: It has indeed, I think the situation really is much better. But sometimes there are misunderstandings in local areas. And so it’s still a dicey environment. But as I said, we’re cautiously optimistic and things are going in the right track.

Tom Temin: And the war itself, is there an end in sight or a truce in sight? And maybe you could still continue the mission, but without as much fear and danger?

Jonathan Dworken: Well, both sides have undertaken a humanitarian truce and committed to allowing assistance in. So we think that’s a first step. There’s still a lot more that needs to be done before we’re at a sustainable piece. But we’re in a much better place than we were several months ago.

Tom Temin: And because you are a Sammies nominee, I’d like to hear a little bit about your own background, how you got to this particular job and what motivated you to join public service in the first place.

Jonathan Dworken: Sure. So early in the 1990s, before I had ever even heard of USAID, I was in Somalia, and a colleague took me to a meeting held between humanitarian relief organizations such as the U.N. and NGOs, and military officers who were deployed to Somalia to help relief efforts. And someone from USAID which I had never heard of, was running this meeting. And what I saw there were smart professionals trying to get aid to hungry Somalis. They were living in someplace dangerous, but dedicated to really something bigger. And I watched in that meeting almost 30 years ago, and said, I want to be part of that. So to be here almost 30 years later and a finalist for helping people in Africa. It’s really come full circle and is just so overwhelming for me.

Tom Temin: Jonathan Dworkin is director of the office of East African affairs at the U.S. Agency for International Development, and a finalist in this year’s Service to America Medals Program. 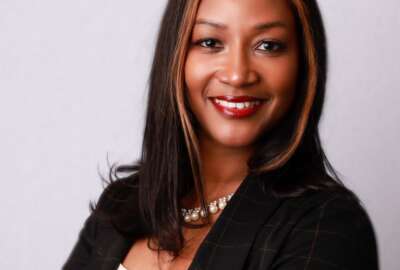 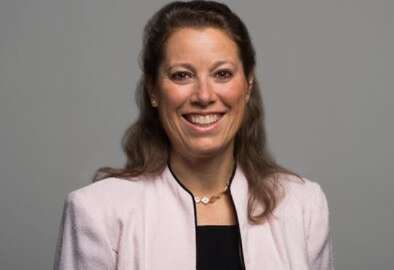 A lot of what USAID does relies on this geographer 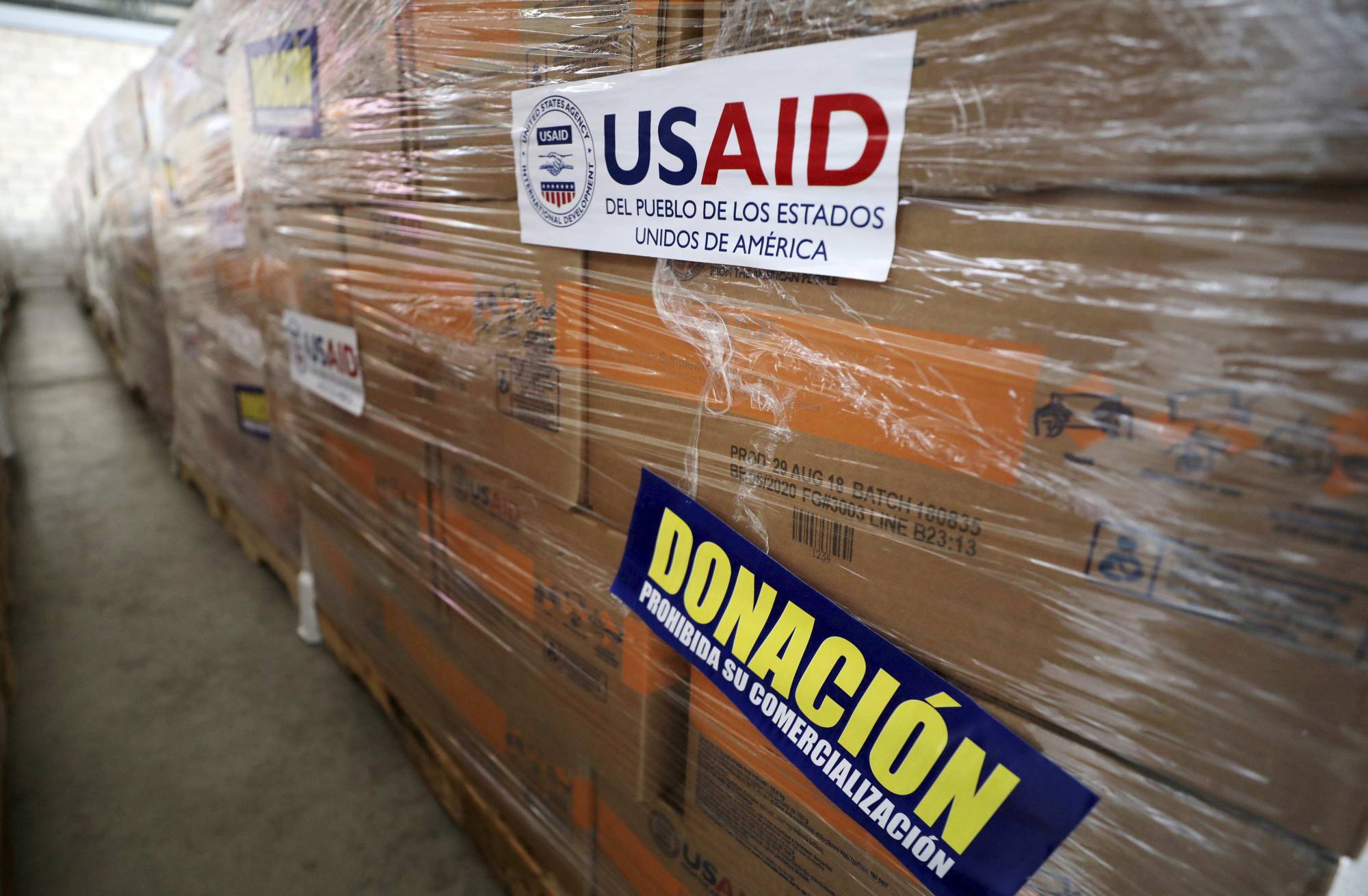 How procurement supports the mission at USAID