Denise Turner Roth, the GSA administrator, said the agency has had a presence in Silicon Valley for a number of years, including members of the 18F organization working...

Denise Turner Roth, the GSA administrator, said the agency has had a presence in Silicon Valley for a number of years, including members of the 18F organization working in San Francisco.

“We’ve actually been here working for a while. The innovation labs that you see at some of the other agencies may look different, but we definitely have a strong presence, including over 35 staff members,” Roth said in an interview with Federal News Radio. “We are announcing this week as well  is something we call SuperPublic, which is a partnership between the city, one of the local foundations and GSA to support technology, government and the communities across the board.”

SuperPublic, which is hosted by San Francisco and supported by GSA and the City Innovation Foundation, is a  co-located workspace where federal, state, local and private sector try to solve common policy and regulatory issues.

But just because GSA has been in Silicon Valley for some time, it doesn’t mean Turner Roth and her colleagues aren’t listening to the lessons learned from DHS and DoD.

“We’ve definitely been in dialogue with the other agencies that have come this way to understand what they are learning and hearing as they talk to firms headquartered in Silicon Valley,” Turner Roth said. “They have actually been a voice in helping us understand what customers are asking for as they think about working with the federal government. We are taking that learning and trying to apply it to the products that we provide to the government as well.”

This idea of improving how GSA works with non-typical vendors is really the main reason the agency made the trip this time around.

In addition to officially launching SuperPublic, GSA also held a cyber industry day in support of the Cybersecurity National Action Plan (CNAP), which the White House released in February.

Under the CNAP program, GSA is taking several steps, including creating a new special item under on the IT schedule for cyber services and making it easier for non-traditional contractors to have the opportunity to work for the government.

Turner Roth said her message to companies focused on the opportunities to help the government improve its cybersecurity, and the role GSA plays in providing the contracting opportunities.

“We are providing an expansive availability of products that are ready for federal agencies to utilize as well as access to vendors who are ready to support our federal agencies as they work to focus on strengthening their cyber footprint,” she said.

One way GSA is doing that is through the new FASt Lane effort launched in April to more quickly bring on new contractors to the IT schedule.

Turner Roth said the program is making a big difference in just a few months.

“We’ve seen that we are reducing a company’s times to go through the process from over 100 days to get on the IT schedule to just under a month in many cases,” she said. “What’s necessary there is the company is ready to put forth their application, they are ready to work with us very diligently and come to the table, and our staff is doing the same. It’s that quick back and forth that is making the process successful.”

Turner Roth said part of the reason the trip to San Francisco is important is to continue to break down the perception that working with the government is difficult.

DHS, DoD and the National Geospatial Intelligence Agency all set up innovation offices in California to help break down that perception and attract new companies to the federal market.

DoD recently announced a major overhaul of its Defense Innovation Unit Experimental (DIUX) program in May.

All of these efforts to look toward the west have drawn the attention of some lawmakers. The House Oversight and Government Reform Committee wrote letters to DHS and DoD last month asking for briefing about each agency’s efforts in Silicon Valley.

Turner Roth said companies are beginning to see changes the government is making to draw new companies into the mix.

“We know we have a strong platform to support our federal agencies and play an important role being the connector between vendors and the federal government,” she said. “We will continue to be very focused on what we need to do to improve our processes to break down any challenges related to working with the federal government.” 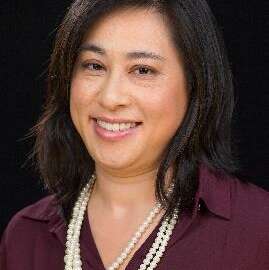