Just when you think things can’t get worse, consider that the Bureau of Prisons is facing. A growing threat of surveillance of its facilities, and the delivery of contraband to prisoners, all from drones. The Justice Department Office of Inspector General took a detailed look at this alarming situation. With what it found and what it recommends, Federal...

Just when you think things can’t get worse, consider that the Bureau of Prisons is facing. A growing threat of surveillance of its facilities, and the delivery of contraband to prisoners, all from drones. The Justice Department Office of Inspector General took a detailed look at this alarming situation. With what it found and what it recommends, Federal Drive with Tom Temin spoke to IG Michael Horowitz.

Tom Temin: Mr. Horowitz, good to have you back.

Michael Horowitz: Great to be back, Tom.

Tom Temin: So this was really one that made one’s eyebrows go all the way to the top of one’s head. When did the Bureau of Prisons first become aware that they have a problem, or at least a potential problem with drones flitting around and doing all sorts of nefarious things?

Michael Horowitz: Well, this has been an emerging challenge for several years now. The first reported run incident for the BOP was in 2015. But that wasn’t the beginning of the concern. It had been something that we’d seen, we’d expressed concerns about — before that they have concerns and frankly, state facilities have similar concerns.

Tom Temin: Yeah, so there are some things that actually happened. Can you detail any of the incidents they’ve actually seen?

Michael Horowitz: Yeah, we’ve seen several because we have responsibility. My law enforcement agents have responsibility for dealing with these incidents along with the BOP’s law enforcement components. And we’ve seen many over the years. I think probably the most stark example of that is one that is currently under charges arising out of a Fort Dix federal prison facility where we started observing with the BOP multiple drone incidents from 2018 to this year, there were at least seven drone deliveries during that time period, there could have been more — we’ve documented at least seven with the BOP. And over that time period, those various intercepted drone drops resulted in collection of marijuana, steroids, over 160 cell phones, 150 SIM cards, 74 cell phone batteries and chargers, 35 syringes and two metal sawblades. That’s from the seven incidents that were intercepted over that two year period. And just to give you a sense of how drones can deliver large batches of contraband just in one incident, one of those seven incidents, the most recent that resulted in the arrests in March of 2021. One drone was identified as having dropped 34 cell phones, nine chargers, 51 SIM cards and other telephone equipment. That’s all from one drone alone. And you can see what the seven did over time.

Tom Temin: And cell phones are simply not allowed in federal prisons, correct, at all?

Michael Horowitz: Correct. And I’ve testified about this on multiple occasions, we’ve expressed a significant concern about cell phones in prisons because a cell phone in a prison is a dangerous weapon. There are documented cases where they’ve been used to carry out hits outside of prison, they have been used to facilitate escapes, most obviously can be used by inmates to continue their illegal businesses while inside a prison. So they’re very dangerous. They are a dangerous weapon.

Tom Temin: Sure. And I guess I’m surprised that our chargers have their electrical outlets in prison yards and in the common areas?

Michael Horowitz: Well, one of the things that gets dropped, right, you can recharge your cell phone now without having to plug it in. But there obviously are outlets in prisons, there are computers where individuals are able to use the Bureau of Prisons system to get emails and other information from friends and relatives. And so there are outlets there that conceivably could be. One of the concerns here also is there are instances where it’s not only an inmate based problem in the facility, but the potential for staff to be corrupted, because unfortunately, we see that on occasion as well.

Tom Temin: And is there also the issue of drones, doing surveillance and telling inmates hey if you go Northwest 300 yards, there’s a tunnel, or whenever that could facilitate escapes?

Michael Horowitz: Exactly right. And that is a very big concern. That’s an emerging concern as well. You know if you go and just look at drones and see what the availability is, they are very inexpensive now, they are very small. They have cameras that are very good cameras nowadays. And aerial photography of a prison, obviously, is a significant concern.

Tom Temin: And it’s accurate to say that you not only looked at the threat itself, but also the Bureau of Prisons response and ongoing ways of dealing with it. What were your chief findings there? Are they able to track what’s going on and get a scope of the problem?

Michael Horowitz: Well, that was one of our concerns, which is as we looked at this, what we saw is that the prisons began tracking the number of incidents in 2018. And so although we said the first instance occurred in 2015, if you look at what they had before 2018, they had one incident recorded in 2015. None in 2016 and two and 2017. As soon as they started recording them in 2018, the number jumped to 23. And in the following year in 2019, it jumped to 57. You can see what these numbers look like to see it’s not only an emerging threat, but as we did our work, it became clear that the potential for significant underreporting, we think those numbers are likely significantly underreporting the number of incidents because up through 2019, the BOP had several challenges in reporting the information, among them the decentralized nature of the reporting, the guidance issues, and it being unclear, for example, how you recorded an incident, if you saw a drone to your point about in question about aerial photography, if you saw a drone flying near a prison or over prison, but not dropping anything down, is that an incident you record or don’t record?

Tom Temin: Sure, and they have a system called True Intel that you also looked at. And that’s a, I guess, a distributed system throughout the BOP, is that up and running and efficient for what they’re trying to do?

Michael Horowitz: It is and the issue there is again coming up with uniform reporting standards and training and understanding across all 120 plus BOP institutions so that staff knows what to report how to report it and in what detail to report it. We saw various standards being used to report for example, the scope of the issue or the nature of the data that was coming in.

Tom Temin: And what about any differences in efficacy with respect to federal government operated prisons, and those that are operated under contractors, because there’s lots of issues that could come up there too, especially on the corruption potential.

Michael Horowitz: That’s right, there is the need for the BOP to make sure that it’s contracts facilities at the contract prison facilities are taking similar steps and trying to interdict drones and are taking similar steps to report on it. And one of the challenges the BOP is facing in that regard, and the Department of Justice, the question of the authorities that contract prisons have to take steps to counterman interdict drones, versus the steps that a federal prison facility has. And that’s one of many legal issues that the department needs to work through, and is working through as it considers these issues.

Tom Temin: So it’s not simply an operational issue for the BOP, but also to some degree a policy problem for the Justice Department as a whole.

Michael Horowitz: It is, and there are some very tricky legal issues that go with this because drones are aircraft under the law. And so it not only requires the Justice Department to think about these issues and address these issues, it requires them to work closely with the FAA to consider what authorities are available, and how they can move forward to counterman these drones. Congress in 2018 passed legislation giving the department and the Attorney General certain authorities to take certain actions. And the department has issued guidance this year on how to implement those authorities. But because there are laws to protect the aircraft, and given the drones are aircraft, there needs to be some clear legal guidance from the department to avoid civil or other liability that could arise from say, taking out a drone that’s trying to drop contraband in the prison.

Tom Temin: Yeah, I was gonna say the instinct for guards and people protecting the prisons you would think would be just to shoot the darn things down?

Michael Horowitz: Well, and that’s the issue that you need to work through, you certainly don’t want the drone to be able to drop contraband or to take pictures to how it could be dangerous to the institution and everybody working there and the inmates there. But there’s also the law that prohibits individuals without other legal authority to simply shoot down a drone or take out a drone. So that’s where the guidance has to come in, and where training and understanding has to come in because you can’t expect with 30,000 plus BOP employees, many of them at these hundred plus facilities across the country, to on their own understand this. That’s where it’s very important for the department to get that information out there so that people can take appropriate and lawful actions to stop these drones from interfering with the operations of prisons.

Tom Temin: So summarize your recommendations and what has happened in the meantime, there has been some action as you pointed out.

Michael Horowitz: So we made several recommendations first to the BOP about their ability to track and that they needed to get greater information out there to their own prison staff on tracking but also, as you noted, to the contracts facilities and to make sure they were focusing on those issues as well. And then we made recommendations to the department more broadly into the office of deputy attorney general about continuing, they have finalized guidance, but continuing to work across the department’s law enforcement components to share information on strategies with regard to, in particular, emerging technologies on drones, both countermanning technologies and drone technologies generally, because what we learned and what we’ve known for years is that this is an area of interest not only to the BOP, but to all of the department’s law enforcement components, in particular, DEA, FBI, ATF, the Marshal Service because they have an interest in the potential law enforcement use of drones too, for example, in the DEA side, to understand what’s going on on the border with interdiction efforts, just as an example. And so there is actually a department committee that has been created to coordinate across agencies. And we’ve encouraged that committee to focus on these issues, including on BOP issues and how they can find and use technology to counterman these because technology is evolving so rapidly.

Tom Temin: Michael Horowitz is Inspector General of the Justice Department. Thanks so much.

Michael Horowitz: Great to be with you again, Tom. Thanks. 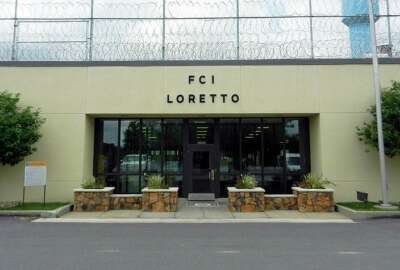 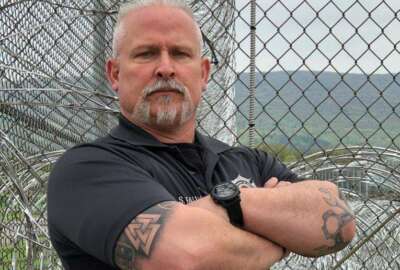 Being a prison officer is now more dangerous than ever 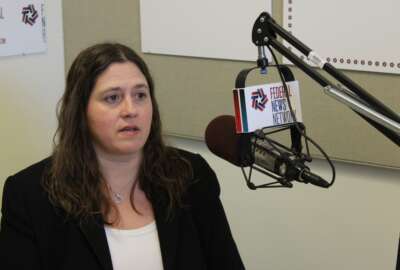