Tom Temin: Mr. Hirschfeld, good to have you on.

Drew Hirshfeld: Thank you very much, good to be here.

Tom Temin: And you are, I guess, officially performing the duties and functions of director of the U.S. Patent and Trademark Office. But you are really a career person there.

Drew Hirshfeld: That is correct, started in 1994.

Tom Temin: Alright. In your view, what is the significance of 11 million patents, especially coming so soon after 10 million?

Drew Hirshfeld: 11 million patents represents a huge milestone, as you said in your opening remarks, it really shows the progress of American innovation.

Tom Temin: And just in case people had missed the announcement, what was the 11,000,000th patent for?

Drew Hirshfeld: The 11 millionth patent was for a method of positioning replacement heart valves, and it was invented by a small company called 4C Medical Technologies out of Minnesota.

Tom Temin: And you spoke to the inventors because of the 11 million occasion, I guess 10,999,999 didn’t quite get the notoriety of 11 million. But tell us more about the people behind the number 11 million.

Drew Hirshfeld: I did have a great opportunity to talk with him and it was very exciting. First of all, they were very enthusiastic, as I mentioned to innovators out of Minnesota, and they spent nights and weekends in their garage working on this innovation. They have a small patent portfolio for their company, which they said is the lifeline of their company. So it really is a wonderful story about American innovation. They’re in clinical testing right now. And they’re hoping that this invention, which again, will be able to replace somebody’s heart valve, will really help save millions of lives. So I’m very excited for them.

Tom Temin: Alright. And then I guess the pace of granting is continuing, since that date, and seemed a good time to ask how the patent and trademark examining workforce has been doing during the pandemic because USPTO has been one of the early adopters of telework. So how has the pandemic affected USPTO operations?

Drew Hirshfeld: Well, our our long history of telework really set us up to perform well under the work at home restrictions during the pandemic. So prior to the pandemic, we had about 80% of our workforce had the ability to telework at least one day a week. So for us, it was a quick transition when we needed to and we really proceeded without missing a beat. And we’ve been examining patent applications and doing all the work that the USPTO needs to do to keep moving forward.

Tom Temin: Now number one in the current numbering system dates to 1836. And it took till 2018 to get to 10 million. So with only three years to get to 11 million that seems to say things are accelerating. What measures have been put in place over the last few years to keep up the USPTO productivity with the pace of applications and decisions?

Drew Hirshfeld: Well, we have to make sure that we have enough examiners to keep working through all of the applications. We get about 450,000 new applications annually in a whole variety of technologies. So we have over 8,000 examiners who work diligently to make sure that they are keeping American innovation moving forward by getting out there office actions and issuing patents on deserving patent applications.

Tom Temin: And what is the current time period between application and decision these days?

Drew Hirshfeld: We are about 22 months on average from the time somebody files a patent application to the time they get a final decision from us.

Tom Temin: And that’s a little bit shorter I think than it was a few years ago, isn’t it?

Drew Hirshfeld: It is. We were well over three years just a number of years ago. So we’ve been making great strides in reducing our pendency.

Tom Temin: Pendency, that’s the word I was trying to think of. We’re speaking with Drew Hirshfeld, he is performing the duties and functions of director of the U.S. Patent and Trademark Office. And I guess the fact that there is a transition, there’s no permanent director in place at the moment, this happens periodically, Would you say that’s kind of a testament to the standing workforce, the career workforce that keeps things going, regardless of what’s going on at the top?

Drew Hirshfeld: Well, I absolutely do think it is a testament to their workforce. We have a very dedicated group. You mentioned how we’re functioning during the pandemic. And I will tell you at all levels of the agency people really come together, whether it’s changing to mandatory telework or maximum telework, whether it’s during a transition, the career force really keeps us moving forward. And I’m very honored to be a part of that.

Tom Temin: And April 5, I think you announced, the USPTO announced a special category of patents for the pandemic. Tell us more about that and what kinds of inventions go in there.

Drew Hirshfeld: Thanks Tom. This is a great program called the Patents for Humanity Program. It actually started years ago to highlight a humanitarian innovation. We’ve recently on April 5 started a new category related to COVID vaccines, COVID related innovations. So the type of inventions that can go in here could be anything that could be related to a vaccine. It could be personal protective equipment, or treatments or anything else that will help us recover from the COVID pandemic.

Tom Temin: Can you give us a sense of the quantity of inventions and patents that are in there so far, or is it too soon?

Tom Temin: Maybe update us on international cooperation. I know that the United States has intellectual property and patent agreements with several nations, Japan and so forth. What’s new there?

Drew Hirshfeld: There’s a lot moving on that front. And I will tell you you Tom, in my opinion, this is an area that in the future, we really need to do a better job across the globe tapping into each other’s resources, because many patent offices are all getting the same innovations from the same innovators- and it’s great if we can share work. So what we’re doing, we’re testing pilot programs to have examiners from the United States Patent and Trademark Office work with other examiners, and share the work that they’re doing on similar patent applications so that they can reap the benefits of each other’s dedication and work. I think this is a really good step forward. We’re also having programs to make sure that we’re sharing prior art references. As time marches on prior art will grow and grow. By definition, this is what the examiners need to search through. So we have programs to be able to share and make that priority available to all the examiners.

Tom Temin: It’s also important to try to ensure that China doesn’t have its own parallel system that could really gum up the works internationally. And is there progress or at least talks going on there?

Drew Hirshfeld: Sure. There’s talks at all levels of government to make sure that intellectual property rights are respected across the globe.

Tom Temin: Alright. And you started, as you mentioned, in 1994, and you were an examiner. What types of areas did you examine?

Drew Hirshfeld: That’s correct. I started as an examiner in 1994. I worked in the measuring and testing area primarily. So that was basically any innovation related to measuring distances from one location to another.

Tom Temin: Wow, so the successors to the ruler, you might say.

Tom Temin: And what does it take to be a great examiner do you think?

Drew Hirshfeld: So we we are actually still hiring examiner. So this is a great opportunity to plug the fact that if you really like innovation, and you’d like law as well, this is a great job for you. To answer your question Tom about what it takes. I really think you need to have somebody that understands the science, somebody who likes to do the research, and also has an affinity for all the laws that we need to understand, because certainly understanding the different statutes is important for making those important patentability decisions.

Tom Temin: And it’s a lot easier nowadays because I guess you have totally digitized all of the materials examiners need to look at. So no more pulling up files and boxes and paperwork.

Drew Hirshfeld: So it’s different in the sense that the examiners today aren’t sifting through paper like I was in 1994. When I started, I used to actually get covered in what we used to call patent dust from all the paper. It is all electronic now, but I won’t say it’s necessarily easier because as I said earlier the prior art grows and grows. so there’s a lot more to search through. And the examiner job continues to get more challenging, and we’re looking for ways to make it more effective and efficient, such as by using artificial intelligence tools

Tom Temin: Alright. And that’s something that’s pretty nascent at this point, fair to say?

Drew Hirshfeld: It is. Although we’re actually rolling out, we’re in the midst of rolling out, a brand new search tool for examiners, which not only provides access to many tens of millions of more foreign prior art references, but also actually has some artificial intelligence working in the background to help locate prior art for the examiner and suggest prior references to them.

Tom Temin: What is the status of that rollout? Is it up and running or are you just testing it at this point?

Drew Hirshfeld: No, we’re actually in the middle of a rollout right now. So thousands of our examiners are actually using it now. And we’re going to continue rolling that out over the next few months.

Tom Temin: Alright, well sounds like we have the right guy in charge in the meantime. Drew Hirshfeld is performing the duties and functions of director of the U.S. Patent and Trademark Office. Thanks so much for joining me.

Drew Hirshfeld: Thank you very much. I appreciate it. 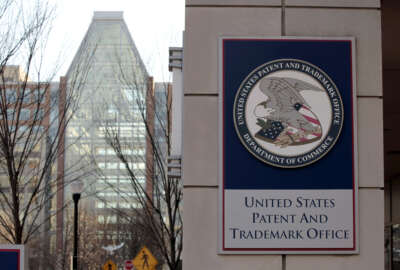 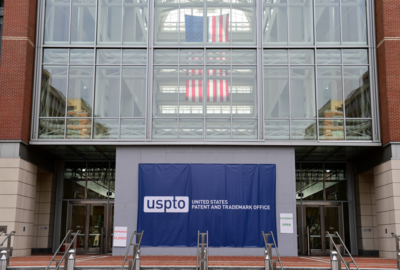 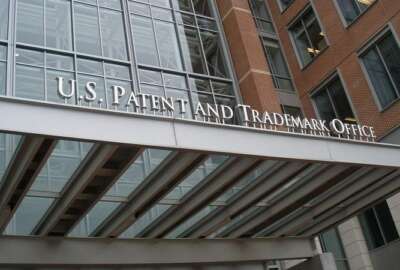