On Wednesday, the Partnership for Public Service released its 2017 Best Places to Work in the Federal Government rankings. The annual report ranks employee engagement using data from the Office of Personnel Management’s Federal Employee Viewpoint Survey (FEVS). When the 2017 FEVS results were released, many people were surprised to see a significant uptick in employee engagement across most agencies. The increase was a continuation of a trend that began with the 2015 FEVS and Best Places to Work results.

On Wednesday, the Partnership for Public Service released its 2017 Best Places to Work in the Federal Government rankings. The annual report ranks employee engagement using data from the Office of Personnel Management’s Federal Employee Viewpoint Survey (FEVS). When the 2017 FEVS results were released, many people were surprised to see a significant uptick in employee engagement across most agencies. The increase was a continuation of a trend that began with the 2015 FEVS and Best Places to Work results.

The Partnership’s new report says, “the 2017 Best Places to Work in the Federal Government data show a 2.1-point jump in employee engagement compared to 2016, for a score of 61.5 out of 100. This represents the largest yearly increase in the history of the Best Places to Work rankings, the highest overall score since 2011, and builds on a 2.5-point improvement during the previous two years.”

Most agencies saw an increase in employee engagement. Some of the increases were noteworthy. Homeland Security, for example, saw its Best Places index score move from 45.8 to 52.0 — the biggest jump of any of the 18 largest agencies. DHS still ranks at the bottom, but the increase was significant and means the department is moving in the right direction. After dropping for five years in a row, from 2010 to 2015, DHS has increased for two years.

Thirteen of the 18 large agencies in the Best Places rankings saw increases, while five saw scores dropped anywhere from 0.1 at the Social Security Administration, to a 2.8 point decrease at the State Department. In the midsize agency category, only four of 25 agencies had decreases. Of the 21 agencies that saw their numbers rise, the National Labor Relations Board and the Small Business Administration were in the lead, with 7.3 and 7.4 point increases in their index rating. Those are big changes.

It is easy to look at the numbers and say that they are great news and be done with it. But that would not be telling the whole truth. The Partnership went beyond the FEVS data and compared federal agency results with the private sector. That is where we find the real story, and that news is not so good. The average federal agency score is 61.5, while the private sector score is 77.8 — a 16.3 point difference. The difference in scores for some survey questions is striking. Only 37.1 percent of federal workers agreed that “I believe the results of this survey will be used to make my agency a better place to work,” compared to 68 percent of private-sector workers. That is an important difference. Employee confidence that their agencies will listen to their feedback can affect employee engagement and employee willingness to respond to future surveys. There are most likely multiple reasons for the federal response, including their perceptions of the quality of their leaders and their recognition that many of the problems they experience are the result of political issues that are beyond their agencies’ control.

Other questions with wide gaps between government and the private sector include having the resources to get the job done (23.9 point gap), the relationship between awards and how well employees do their jobs (23.3 points), how well their talents are used in the workplace (19.7 points), and being encouraged to innovate and come up with new and better ways of doing things (18.1 points). For 16 questions, the FEVS results lag behind the private sector by double digits. Only eight agencies had overall scores that ranked above the private-sector average. Those results tell me that the government can and should do a far better job with its workforce. The government should be happy that employee engagement is improving, but certainly has a long way to go.

There is one question that tells me the government could get far more out of its workforce if it could raise employee engagement to levels that match or exceed the private sector. When asked about their willingness to put in extra effort to get the job done, 83 percent of private-sector workers agreed that they would. On the federal side, 95.2 percent of feds said they would put in that extra effort. That says a lot about the federal workforce and their dedication to their work. I have said for years that federal workers are underappreciated and do not get the recognition they deserve. The willingness of virtually every fed to put in the extra effort to get the job done is remarkable.

If you want to see more data and analysis, the full Best Places to Work report is well worth reading. 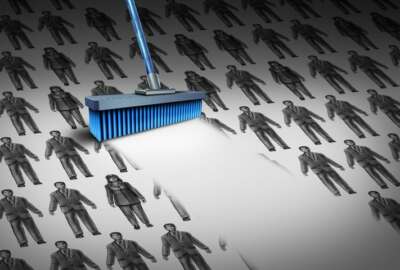 The story of a RIF

Shut it down (for real)? 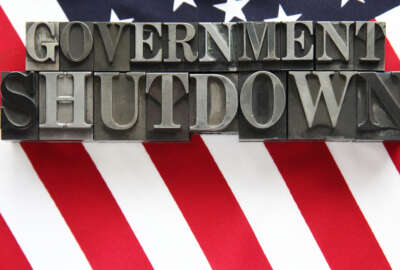 Shutdown — There you go again