In fiscal year 2021, government agencies spent nearly $200 billion on multi-award, consolidated contracts. It appears that trend was not fleeting, but one expected to remain for years to come.

Federal contracting analysts, such as Paul Murphy with Bloomberg Government, uncovered the unusual trend in the summer of 2021 as multiple-award contract spend was increasing at the same time the number of recipients were decreasing. It reflected a broader move toward consolidating contracts across the...

In fiscal year 2021, government agencies spent nearly $200 billion on multi-award, consolidated contracts. It appears that trend was not fleeting, but one expected to remain for years to come.

Federal contracting analysts, such as Paul Murphy with Bloomberg Government, uncovered the unusual trend in the summer of 2021 as multiple-award contract spend was increasing at the same time the number of recipients were decreasing. It reflected a broader move toward consolidating contracts across the federal government.

Recently, acquisitions of services and information technology have increasingly shifted away from agency-level indefinite delivery/indefinite quantity contracts to multiple-award BPAs (blanket purchase agreements) due, in part, to the Office of Management and Budget’s guidance to leverage Best-in-Class contracts to bring decentralized spending into alignment with government-level spending strategies. These BIC contract vehicles provide benefits to agencies looking to cut costs, reduce operational redundancies and establish performance-based incentives. With only one BIC-approved multiple award contract vehicle, this has left many agencies turning to GSA’s Multiple Award Schedules (MAS).

For these consolidation efforts to be successful, it’s important to understand the reasons behind them. There are several factors why agencies consider and ultimately follow through with contract consolidation.

One reason is that a project may start out small so an agency can use a few small businesses to support it, where the agency acts as the integrator. When the project grows and becomes more complex, the agency determines the best approach is to have one large contract with small business participation and the large contractor takes on many of the integrator functions. The benefit of this type of consolidation is that the agency executives can focus on the agency mission and strategy while the contractor takes on the tactical operations.

Another reason for consolidation is the support level needed for a project, particularly ones that were once high-profile but have shifted to an operations and maintenance level of support, so several contracts can be put together. By consolidating this way, the agency reduces the amount of overhead on each contract and creates competition because the companies that had the contracts being consolidated will team together or compete with one another.

How to successfully consolidate

These contract consolidations can provide immense benefits to agencies, but those benefits can only be realized with a contractor partner who understands the issues and challenges related to these efforts.

First and foremost, contractors and agencies must be on the same page before and during the consolidation activities. A key to being successful is that the contractor needs to have a deep understanding of the agency mission; otherwise, decisions could be made that are counterproductive. Additionally, both the contractor and the agency need to work out the plan, identify the risks, and understand mitigation strategies that may be necessary.

An example: What if the previous contractor had a team of four who were critical to success? There are several options for next steps. Those critical team members could change companies. Maybe they stay with the company and are brought on as subcontractors. Any change could cause disruptions. How will the contractor and agency manage that? By having a detailed transition plan to account for these many variables, success is more likely.

Secondly, it’s imperative to get started as quickly as possible and understand the administrative process. Once there is a full understanding of the process and timing, the contractor and agency can work together to find ways to be productive in the most effective and timely manner.

These are just two key steps in a lengthy list that agencies should consider when beginning a consolidation process with a contractor.

The many benefits of consolidation

From our own work with federal agencies in recent years, we’ve discovered many reasons why agencies choose the consolidation route and why we anticipate more will in the future.

In work we’ve completed, one of our consolidation clients now has an interactive, real-time dashboard for all leaders to have awareness of the status of all projects. It’s an easy way for leaders to quickly understand how projects are moving, and where the issues are.

Another positive is that agencies now have only one leadership team to work with because they’ve combined the management overhead from the previous, disparate contracts. This allows the rest of the team to remain focused on delivery goals, which has led agency leaders to share the ongoing consolidation efforts are already providing value.

Contract consolidation is a big task for contractors and agencies, but the reward makes the effort worth it. 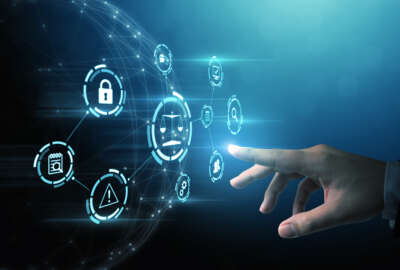