It’s an old question. An agency awards a services contract because of specific people the contractor promised would work on the project. Then one of them quits. In the ensuing protest cases, the Government Accountability Office and the federal courts seem to be of differing minds. The Federal Drive with Tom Temin gets more now from Smith Pachter...

It’s an old question. An agency awards a services contract because of specific people the contractor promised would work on the project. Then one of them quits. In the ensuing protest cases, the Government Accountability Office and the federal courts seem to be of differing minds. The Federal Drive with Tom Temin gets more now from Smith Pachter McWhorter procurement attorney Joe Petrillo.

Tom Temin: We had a protest case where the key personnel person left and this was known to the agency and they went ahead with the award anyway, what happened? Tell us more about this case.

Joseph Petrillo: All right. So here’s the the situation, as you mentioned, when the government’s buying services, it’s customary to evaluate offered key personnel. And it’s very clear that when a bidder proposes someone for work on the contract, the bidder has to have a good faith belief that that person is going to be available. But what happens when the person becomes unavailable after proposals are submitted? And there as you eluded the Government Accountability Office, in its bid protest decisions, say that the offeror needs to inform the government of the unavailability even after proposal submission. In a recent decision we discussed a few weeks ago, one judge on the Court of Federal Claims, said no, there’s no such obligation in the statute or the regulations. So we have this differing view. And it’s illustrated again, by this recent decision in the Sehlke Consulting case, a GAO bid protest decision, it arose from a contract competition by the National Reconnaissance Office, part of DoD, they were buying finance support services. They were looking to award a cost plus award fee contract, they did that through a best value, trade off acquisition, and had both cost and non-cost factors which were weighted equally. In the non-cost factors, the most important sub-factor of the most important factor was key personnel. The issue we’ve been talking about here, that was an extremely important part of the evaluation. And it became a subject to the protest. KPMG, the incumbent won the contract. Another bidder, Sehlke Consulting, protested to the GAO that evaluation showed that Sehlke’s evaluated cost was about you know, 4 or 5% lower than KPMG’s, but KPMG had higher ratings in the non-cost factors.

Tom Temin: And one of the non cost factors that weighed in favor of KPMG was this key personnel that worked for a subcontractor?

Joseph Petrillo: Right, that turned out to be pivotal. It was the only sub-factor where any offeror had received an exceptional ranking. And in the source selection decision, it was identified as the distinguishing factor that determined contract award. So it was crucial.

Tom Temin: Yeah, so what happened with that person?

Joseph Petrillo: Sure. So the person resigned while offerors were being evaluated. But after proposal submission, and NRO became aware of that, because KPMG is the incumbent contractor, notifed them that the person who’s also working on the contract was resigning. Even though NRO had received that information, it was after proposal submission, and so they did not take it into account in making the award decision or in evaluating the proposals. Where after Sehlke protested, however, GAO sustained the protest and held it was unreasonable for NRO not to consider the unavailability of the person that it knew about.

Tom Temin: We’re speaking with Joseph Petrillo. He’s a procurement attorney with Smith Pachter McWhorter. And earlier you said that in another case, the court had taken the opposite view that it was immaterial, basically, to the award that a key person on the bidding had left. Could the difference be the criteria of the agency? That is to say, in one case, could the key personnel have been more important in supplier selection than it was in the other case? And that’s why the GAO and the courts differed? Or is there some fundamental disagreement here?

Joseph Petrillo: That there was some discussion of the court case in the GAO decision. GAO pointed out one important difference between the two and that is that in the court decision, there was no indication the agency was aware of the unavailability. And here the agency was aware of the unavailability. So GAO felt that that was a sufficient difference to distinguish it but they also were very clear that they’re not obliged to follow the decisions of a single judge on the Court of Federal Claims, and so they’re going to be going their own way it seems.

Tom Temin: All right, so getting back to this particular case, then of NRO and Sehlke versus KPMG. Sehlke protested. It was sustained by GAO because of the departure of that person from KPMG’s team, what happens next?

Joseph Petrillo: Well, under the GAO bid protest decision, the recommendation is that NRO has to choose one of two alternatives. One, either reevaluate the KPMG proposal without the person who’s become unavailable. And that’s one of four key personnel or reopen the procurement and allow all offerors to submit revised proposals.

Tom Temin: Or find out where that person went to work and then get them to bid.

Joseph Petrillo: Presumably, that’s not an option because the procurements ongoing and the number of offerors is set. But these cases raise really, really interesting policy decisions and policy implications. If you look at GAO’s position, their feeling is well, how can we have a good evaluation, rational evaluation of proposals, if one of the most important factors if not the most important factor is based on a situation that’s not true? That’s not valid. It will may have been true when proposals were submitted, but it’s no longer the case. But on the other hand, you’ve got a situation in the regulations, as the Court of Federal Claims pointed out, where there’s a deadline for the submission of proposals, proposals are submitted. And there is no real mechanism for one offeror to modify his proposal or substitute out an important aspect of performance, while the government’s doing the evaluation. If you set up this rule where you have to notify the agency of the unavailability of someone, well, you’ve got a situation there where the agency’s put into a very difficult position because it has to decide, well, are we going to kick this offeror out of the procurement or put it in a situation where it’s highly disadvantaged in the evaluation? Or are we going to reopen the procurement for amendments and modifications by all the offerors and the competitive range and potentially go through multiple rounds of bidding and evaluation? So it’s a difficult decision with no clear good answer under those circumstances.

Tom Temin: Joe Petrillo is a procurement attorney with Smith Pachter McWhorter again, no resolution, but we’ll see what happens. Thanks for joining me. 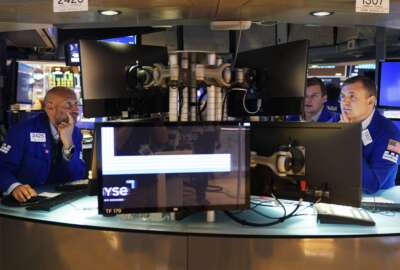 We get the latest on how inflation is impacting government contracting

In the relatively small world of government contracting, it pays not to be a jerk