“This is a big day. We’ve been working on a postal reform bill for a long time,” committee Chairman Jason Chaffetz (R-Utah) said. “This is the next step in a process that has been very bipartisan from start to finish.”

For all their momentum, the postal reform bills are built on a careful set of compromises, which is why lawmakers from both sides of the aisle issued the same warning at a markup hearing on Thursday: Don’t let perfect be the enemy of the good.

“This is a delicate compromise product, and it is a sturdy, seaworthy vehicle. We don’t want to load too much cargo … because the whole ship could tip over,” Rep. Jamie Raskin (D-Md.) told the committee on March 16, after he said he would refrain from issuing an amendment to the bill that he feared would scuttle the carefully-crafted compromises made thus far.

Raskin took issue with a provision in the Postal Service Reform Act that would require current postal retirees and their families to enroll in Medicare Part B or forfeit their Federal Employees Health Benefit (FEHB) coverage. Although many postal retirees already sign up for Part B, Raskin raised concerns that the mandate could “impose financial challenges to seniors living on a fixed income,” an objection that has already been raised by the National Active and Retired Federal Employees Association (NARFE), which opposes the bill.

Not everyone heeded the bipartisan call to not rock the boat with controversial amendments, however. The committee defeated several amendments by Rep. Darrell Issa (R-Calif.), the former committee chairman.

Issa’s most hot-button amendment would have required USPS to meet certain benchmarks in net sales profits in the first fiscal year following the bill. If the Postal Service failed to meet those targets, the amendment would automatically require cuts in service, including a reduction to five-day delivery.

Rep. Gerry Connolly (D-Va.) warned that such a proposal would make the bill dead-on-arrival by the time it reached a House floor vote.

“If you want another boat analogy, this is the iceberg that will sink the Titanic,” he said. “There is no more controversial issue in the Congress, with respect to the Postal Service, than six- versus five-day delivery, and if we want to revisit that, we will sink this bill. It will not pass on the floor of the House with this provision in it, and it is a tired old argument that lacks merit.”

Issa championed five-day delivery several times during his tenure as the committee chairman. However, Chaffetz and Rep. Dennis Ross (R-Fla.) both opposed the amendment.

“This is something that I think would cause quite a disruption … to have an automatic kick-in to eliminate a day of delivery,” Chaffetz said. “The Postal Service needs to become more relevant in people’s lives. You can’t just keep cutting services and raising rates, and expect the post office to be on the financial trajectory that it needs to be on.”

Chaffetz argued that, if anything, USPS should be responding to the market demands of the e-commerce industry and aim for seven-day delivery, not five.

“Today, the roughly $50 billion the Postal Service has already put into the retiree health benefit fund is invested wholly in U.S. Treasury securities. These securities yield lower returns, on average, than any other prominent government investment portfolio,” Chaffetz said. “These lifecycle investment funds are designed by the TSP to follow an aggressive investment approach, one that is highly diversified to limit the overall risk.”

Both postal reform bills cleared the committee, and now head for a full House vote. 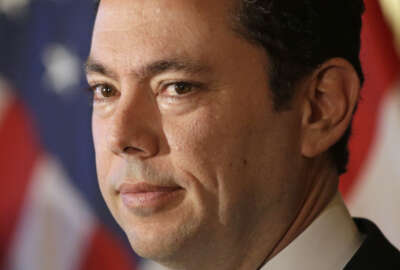