The omnibus appropriations bill recently passed by Congress is so large, it took a week to stuff it into whatever antiquated electronic system the Congress operates. At 5,600 pages, do you think any given member even knows what it says? Well not all federal documents are so fat and bloated. In fact, many agencies place sharp limits...

The omnibus appropriations bill recently passed by Congress is so large, it took a week to stuff it into whatever antiquated electronic system the Congress operates. At 5,600 pages, do you think any given member even knows what it says? Well not all federal documents are so fat and bloated. In fact, many agencies place sharp limits on the page counts of contract bids. Federal Drive with Tom Temin had more on that from procurement attorney Joseph Petrillo.

Tom Temin: Joe, tell us more about this limitation on size and so forth of documents.

Joe Petrillo: Well, here’s the issue. The issue is dealing with proposal page limits. And they’ve become pretty ubiquitous in federal procurement. Many, many years ago, they didn’t have such limitations. And the proposals became kind of bloated, not very sharp, multivolume, huge things that were hard to read and digest. So it’s become common to put page limits on proposals. And to back those up with minimum font size, it can’t have font smaller than a certain amount. So you can’t just cram in a lot of text with teeny, tiny letters. So what we’ve got now is situation where that’s now in another part of the competitive environment, which could lead to protests. And there were two GAO protests in this area recently, one called Benaka and the other called RIVA Solutions.

Joe Petrillo: Well, perhaps so. We’ll see what they have to say. In the first one, Benaka, the protester complained that the agency had counted its cover page toward the maximum page limit, and because it went over by a page eliminated the last page of its proposal. And there, it was an interesting context, because the solicitation said, all pages, including cover letters, table of contents, pages, tables, illustrations, etc. will be counted. There was even a vendor question in which someone said, well if I put a blank page between sections, you can account that to? And the agency said, yes, we’re gonna count that too.

Tom Temin: Which is kind of ironic, since agencies often put blank pages that says this page intentionally left blank. I’ve never understood what purpose that serves except to waste paper and space. But nevertheless, they do do it.

Joe Petrillo: Absolutely. So what happened in this instance, was that the bidder put in a cover page, and that was counted, its last page ran over the limit, and so it wasn’t included. The last page included an organization chart that the solicitation required, and that meant its proposal didn’t include that anymore, and was eliminated from the competition. So the offeror went to GAO complained about that. GAO said, no that’s the rule, your proposals too long, you’re out.

Joe Petrillo: Well, that’s what happened and it had dire consequence, for want of that nail, the battle was lost. The other decision, RIVA Solutions, involved a NOAA procurement among eight contractors for information technology services. And there the issue wasn’t so much the page limit as the minimum font size that back that up, they said the font has to be Times New Roman, at least 12 point, but 8 point font was permissible for charts, tables and graphics.

Joe Petrillo: Yeah, it’s very readable, 10 points, getting a little harder. And getting down toward that fine print business.

Tom Temin: Well all those gray beard evaluators in the agency, I guess, want to be able to see it, although if they’re submitted electronically, you can blow it up.

Joe Petrillo: Well, that’s true. Font isn’t maybe as critical for readability as it used to be. But in any event, it’s important here because you’re trying to limit maximum content, make a level playing field. So the awardee had a three page limit, and everyone else had a three page limit for the past performance section of the proposal. And you had to show three examples of your past performance and do that in three pages. So they had more text than they could fit in at 12 points. They put everything in a box called at a table and use 10 point.

Joe Petrillo: Well, turned out the agency accepted that, they won contract award, another offeror protested and said, wait a minute, you took everything, put it in a box, called it a table, and you were cheating. GAO did not go along with that protest ground. They said, well, there wasn’t anything expressly in the solicitation that limited the content you could put into a table and they didn’t expressly limit what a table was, so we’re gonna let it go and let this agency decision to consider it, stand. So we are what are we supposed to think about all of this stuff? I mean, the moral of these cases is that GAO is going to look at the letter of the law and apply it. But what’s the point of all of this? GAO has itself said that consideration of submissions that exceed establish page limitations is improper, because it provides an unfair competitive advantage to someone who sticks with those rules. The whole purpose here is to put everyone on a level playing field by giving them the same limitation on the content that’s available.

Tom Temin: Well, it seems like the original sin here is specifying the number of pages rather than the number of words. If you want to talk about past performance, you’ve got 1000 words to do it in or 1200 words, if they want to put it in 6 point or 60 point type, what’s the difference? Especially these things are coming in electronically. So the point size is a stupid thing to specify, because you can edit the document below 6 point up to 12 point.

Joe Petrillo: That is a very good point, because there are some courts that limit the brief size with words, not font size, or pages. I think to apply those rules, though, in this context, the first one, the Benaka situation, their limitation made no sense. Counting pages that have no additional content, like a table of contents, or an index or a divider sheet, that makes no sense. I mean, that doesn’t add to or subtract from your content. It’s a stupid rule. But GAO applied it, it was in the solicitation. In the RIVA Solutions case, however, it seems to me that the issue was one a offeror was able to evade the restrictions on content by putting everything in a box and calling it a table. Now, maybe it would be hard to define a chart or a table, but certainly that seems to be pushing the outer boundaries of the limit. And your suggestion for word content makes a lot more sense than putting a restriction in place that so easily evaded, at least in the way GAO applies the rule.

Tom Temin: Yeah, sure. In the case of that box or chart, I think what the agency meant was in a graphic presentation of bars or fever diagrams, the labels along the axes could be in smaller type. That’s what they meant to say, but they didn’t say that. And so therefore, they left a great big hole through which this vendor RIVA just drove a big train.

Joe Petrillo: Yep. And the agency was okay with that. I suppose they otherwise like the proposal. But these are the issues you run into when you, with good intentions, try to put everyone on a level playing field.

Tom Temin: Yeah, this came to light the other day, I was thinking about this in reading the released protest document that Amazon submitted in the second round of protest of the JEDI contract by the Defense Department, and their redacted document submitted to the court in normal size type, 175 pages. So I don’t know how big the original solicitations were, but each protest document is running really, really big, a megabyte download. So, clearly, paper writing is out of control.

Joe Petrillo: Well, that’s true. And that’s probably one of the outliers in the protest world. I mean, it’s an enormous procurement, for a huge, huge contract, large program, and a lot of stuff happened. So, I guess that’s how you end up with those novelette types of documents.

Tom Temin: Yeah, well, I guess maybe somebody reads them, but nobody reads all of it. I guess. Lots of people read parts of it. That’s the only way to get anything done within a human lifespan. Procurement attorney Joseph Petrillo is with Petrillo and Powell. As always, thanks so much. 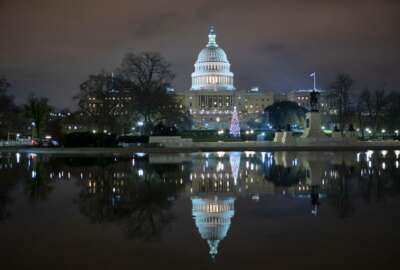 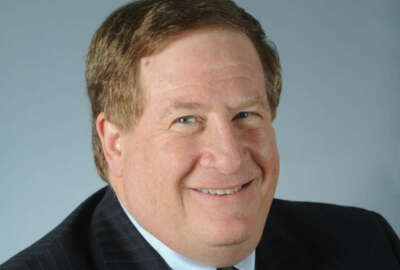