A new cybersecurity executive order issued by the Trump administration increases accountability for agency heads, while emphasizing agency adherence to cyber guidelines from the National Institute of Standards and Technology. It ties improvements in cybersecurity to federal IT modernization and to development of the cyber workforce.

Clearly, agencies have a lot on their plates.

They’re responding with several initiatives, including:

Acquiring of new and more sophisticated monitoring and data analysis tools. The goal is more...

A new cybersecurity executive order issued by the Trump administration increases accountability for agency heads, while emphasizing agency adherence to cyber guidelines from the National Institute of Standards and Technology. It ties improvements in cybersecurity to federal IT modernization and to development of the cyber workforce.

Clearly, agencies have a lot on their plates.

They’re responding with several initiatives, including:

Acquiring of new and more sophisticated monitoring and data analysis tools. The goal is more than simply keeping up with zero-day threats. Chief information officers and chief information security officers are also seeking more detailed situational awareness and speedier time to react to attacks and intrusions. Also among the goals – reduction of routine screen-watching coupled with more detection-and-response automation, and better dashboards to alert operators for when human intervention is required.

Using risk management helps decide what to monitor, and at what level of detail. This helps IT staffs avoid data overload and false positives.

Initiating more inter-agency collaboration and information sharing helps spread best practices and what to look out for.

Taking a more sophisticated approach to cloud deployments boosts cybersecurity. This include tools for better visibility into cloud environments, provisioning security measures with the clouds themselves, and even migrating security operations to cloud-hosted instances.

Mr. Reed joined the Department of Justice Office of the Chief Information Officer in 2016 as the Assistant Director for Security Operations.  In this position, he is responsible for all aspect of security operations at the department level including the Justice Security Operations Center, the Insider Threat Detection and Prevention Program, and the Supply Chain Risk Management Program.

Mr. Reed previously served as the NOAA Chief Information Security Office and Director of Cyber Security where he managed the NOAA Cyber Security Program.   During this time, he created the NOAA Security Operations Center and Trusted Internet Connection programs.  These state of the art capabilities significantly reduced the operational risk to the mission and significantly improved incident detection and response.   Mr. Reed also developed the Identity, Credential, and Access Management program, improved the Risk Management program and led the security program in the organizations movement to cloud services.

Mr. Reed’s career in the federal government began in the National Weather Service as a computer programmer developing software to track weather balloons launched across the country.  He subsequently worked on the network support teams, programmed supercomputers, and led the forensics and incident response teams.

Chad Sheridan has served as the Chief Information Officer of the Risk Management Agency since 2011. In that role, he is responsible for all information systems that support the Federal crop insurance program, a program that covers commodities and livestock with a total annual liability of over $113 billion. At RMA, Chad has transformed the agency’s IT program to embrace agile development and devops while leading the effort to establish an action-oriented and collaborate CIO Council within USDA.

Prior to his service at RMA, Chad spent over 18 years of active duty and civilian service with the United States Navy in the Naval Nuclear Propulsion Directorate, or Naval Reactors. He most recently served as Deputy CIO for the program and had previously served as Manager for Shipboard IT, focusing on improving the quality of shipboard networks and software and the capabilities and training of the submarine and aircraft carrier information technology professionals.  Prior to his transition to information technology, Chad served as Deputy Program Manager for the design and construction of the USS GEORGE H. W. BUSH (CVN 77) and GERALD R. FORD (CVN 78) aircraft carrier propulsion plants.

Chad received his Bachelor of Science in Nuclear Engineering from the University of Virginia and is a licensed Professional Engineer in the Commonwealth of Virginia.

Dr. West is a career technologist with 30 years in the information technology field.

He was recently appointed as the Senior Advisor and Senior Accountable Official for Risk Management for the U.S. Department of Homeland Security.  Prior to his current position, he was the President of the Mason Harriman Group, which is a management consulting company based out of Washington, D.C.

His government service also included time in the U.S. Air Force where he was selected as the top individual for his career field by winning the Weather Observer of the Year Award from among 2,000+ competitors.

He is the past President of two of the largest IT associations in the United States:

Dr. West completed his Executive Doctorate in Business from Georgia State University with a focus on Cloud Computing.  He was recently appointed by Georgia State University to be their Executive-In-Residence.  He has published in IEEE Computer Society, IT Professional journal and the European Journal of Information Systems (EJIS) journal article where his research focusing on cloud computing was selected for publication.

Dr. West received an honorary degree in Business from his alma mater- Northern Michigan University (NMU) in May 2015 where he also delivered the Commencement Speech for the Spring 2015 graduates.

Dr. West was selected as the Executive-In-Residence at Northern Michigan University for the Fall 2015.  He is also an Emeritus member of the Government Business Executive Forum (GBEF).

He holds a BA from the University of California at Santa Barbara, a Master of Forensic Sciences from the George Washington University and is a graduate of the Harvard Kennedy School Executive Program in Cyber Security Technology/Policy, MIT Sloan School of Management Executive Programs in Strategy and Innovation, Technology Operations and Value Chain Management.

Peter is also a graduate of the FBI Cyber Training Program, the U.S. Federal Law Enforcement Training Center (FLETC) and the John E. Reid Technique ® for interview and interrogation.

Peter Schawacker (pronounced like “shaw-walker”) serves as the Director of Security Intelligence Solutions for Optiv’s Services Center of Excellence. He is an intrapreneneur who mines Optiv for opportunities to solve client problems and grow the company. A veteran of the Information Security industry, as part of the early days of EarthLink in the mid-1990’s. Later, he ran Citigroup’s  SOC, before taking on technical, sales and marketing roles with ISS, NFR, McAfee and Tenable. Prior to his current role at Optiv, he built SIEM consulting services for Alchemy Security and Accuvant. Mr. Schawacker resides in Mexico City. 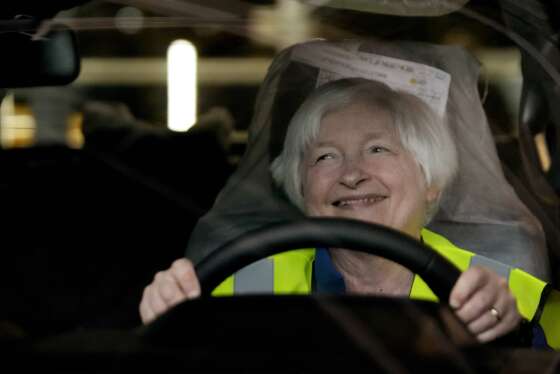