An immigration judges union made its case before a federal appeals court last week to regain full recognition by the federal government, after losing its collective bargaining status under the Trump administration.

The National Association of Immigration Judges is asking the U.S. Court of Appeals for the D.C. Circuit to overturn a 2020 decision by the Federal...

An immigration judges union made its case before a federal appeals court last week to regain full recognition by the federal government, after losing its collective bargaining status under the Trump administration.

The National Association of Immigration Judges is asking the U.S. Court of Appeals for the D.C. Circuit to overturn a 2020 decision by the Federal Labor Relations Authority that eliminated NAIJ’s status as a federal employee union — as well as a 2022 FLRA ruling that upheld its earlier decision.

The three-judge appeals court panel, however, expressed some reservations in handing down an opinion in the case while a separate effort to get the union recertified remains ongoing.

NAIJ in July filed a new petition with FLRA to restore its union status, and a hearing on that petition is scheduled for January 2023. This will mark the union’s first hearing before the FLRA now that it has a majority of Biden appointees.

The union is pursuing all of its options to regain its union status, but the full-court press has raised some concerns about how the appeals court is to proceed.

Judge Sri Srinivasan said last Thursday that the still-pending petition before FLRA to recertify the union could potentially render the court’s upcoming ruling moot, depending on the outcome.

“Suppose they granted reconsideration and they actually gave you everything you asked for, Srinivasan said to NAIJ’s legal counsel. “We would still be looking at a decision that had already been reconsidered and as to which you’d already gotten the granted relief.”

Judge A. Raymond Randolph agreed that FLRA’s handling of NAIJ’s latest bid to regain union status could have a significant impact on how the court should proceed with the case.

Rebecca Osborne, an attorney representing the FLRA, said NAIJ should have filed an unfair labor practice complaint against the agency, if it did not agree with FLRA’s 2020 decertification ruling.

“The union itself had live complaints, as of December of last year, and those complains could have moved forward,” Osborne said, adding that the union’s “claims need to be administratively exhausted in this case.”

Randolph, however, disagreed and said NAIJ did not have the option to address its grievances once it lost its status as a union.

“There can’t be a refusal to bargain if the union is not recognized,” he said.

NAIJ President Mimi Tsankov said in an interview following oral arguments that the union feels confident about the appeals court’s handling of its case.

“The panel really delved into a lot of the details of how that determination was made, and whether we were given a fair hearing at the Federal Labor Relations Authority level,” Tsankov said.

NAIJ has reason to think that its third appearance before the FLRA on this matter might yield a different result.

The FLRA now has a majority of Biden administration appointees, and its chairman — once the lone dissenter in the Trump-era rulings — has repeatedly challenged the authority’s arguments underpinning the decision to decertify the union.

Now-FLRA Chairman Ernest DuBester wrote in his November 2020 dissenting opinion that the agency’s decision to decertify NAIJ was the “antithesis of reasoned decision-making.”

“The statement underpins the repeated due process violations committed by the authority,” Garcia said.

Tsankov said the DOJ’s reversal shows that the Biden administration has taken steps to roll back the Trump administration’s decision to decertify NAIJ.

“The FLRA has the authority to withdraw its opposition to our case pending before the D.C. Circuit, and they’ve chosen not to do so. We’re concerned that the FLRA is continuing to advance this case, even in the most union-friendly administration. They are employees of the Biden administration, and they’re still advancing this union-busting activity,” Tsankov said.

NAIJ is looking to regain its collective bargaining status to raise concerns about a backlog of more than 1.9 million immigration cases, as well as courtroom safety and health issues, a lack of translators, technology deficiencies, and other problems.

“We are resource-starved by comparison to the amount of work that we are responsible for completing,” Tsankov said.

The union, meanwhile, supports the Real Courts, Rule of Law Act,  introduced by Rep. Zoe Lofgren (D-Calif.), which if passed would form an independent immigration court separate from the DOJ. 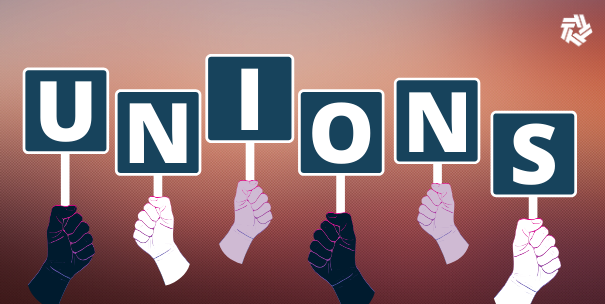