Back in January, the union that represents immigration judges ceased to exist, at least for contract bargaining purposes. The Federal Labor Relations Authority, then dominated by a majority of Trump appointees, determined the judges are actually management employees, and not eligible for union representation. But the board’s leadership has turned over since then. The National Association of...

Back in January, the union that represents immigration judges ceased to exist, at least for contract bargaining purposes. The Federal Labor Relations Authority, then dominated by a majority of Trump appointees, determined the judges are actually management employees, and not eligible for union representation. But the board’s leadership has turned over since then. The National Association of Immigration Judges is now trying to get re-recognized as a federal union. The effort has two tracks. One is before FLRA itself, which now has a majority of Biden appointees. The other is a case now pending before the D.C. Circuit Court of Appeals. To take a deeper look into all of this, Federal News Network Deputy Editor Jared Serbu spoke with Mimi Tsankov, the union’s president on the Federal Drive with Tom Temin.

Jared Serbu: Mimi, thanks for joining us. And there’s a lot to cover here. Since you are pursuing this on two different tracks. Let’s start with with the latest action that you’ve taken before FLRA, which is basically to start from scratch and ask for recognition all over again, tell us a little bit about why you have chosen that path and what you’re hoping to achieve with it?

Mimi Tsankov: Well, thank you very much, Jared for inviting me today. So I’m speaking in my capacity as president of the National Association of Immigration Judges. So any of the comments that I’m making here today represent the positions of that group. And they don’t necessarily represent the positions of the Department of Justice, which is my employer as well. So why are we here today? Well, the, unfortunately, during the Trump era, the immigration judges were targeted for decertification. And we have been fighting to regain our certification in two ways. One of the ways is the filing of a petition with the Federal Labor Relations Authority to basically start over to take what was a 51 year union and have it re-recognized because during the last administration, just on the same week as the election of the new president, we were targeted for decertification.

Jared Serbu: And the unusual thing about that decertification vote is, I think, it happened when there were no parties before the FLRA, asking it to do what it did, because by that time the Justice Department had changed control and was seeking to withdraw the decertification petition if I’ve got the history right there.

Jared Serbu: OK. And then let’s talk briefly about track two, which is also a bit unusual, as we were talking a bit off the air before the D.C. Circuit Court of Appeals. The parties are you and the Federal Labor Relations Authority, as you were telling me a little bit FLRA is still fighting you before the court even though the the actual board is now controlled by Biden appointees. Explain that a little bit for us and talk about what you’re trying to do before the appeals court.

Mimi Tsankov: Well, we had really hoped that the Federal Labor Relations Authority would look at the facts of this case, would recognize that the Department of Justice is not pursuing the decertification of our union. And yet, we’ve been surprised to see that even with the advent of the new leadership, which is a Biden majority leadership, that they have continued to advance arguments that we don’t have the right to unionize before the D.C. Circuit. And we’re hopeful for a change in approach at some point. We haven’t seen it yet. We’ve still seen the FLRA fighting to keep us decertified.

Jared Serbu: And oral arguments in that case haven’t happened. So I guess theoretically, they could change their, FLRA, could change its position between now and whenever the case is argued. Is that right?

Mimi Tsankov: That’s correct. And we’re hopeful that they will.

Jared Serbu: OK, let’s talk about what the practical impacts of decertification have been for your workforce, what’s it meant?

Mimi Tsankov: We are currently facing 1.8 to 1.9 million cases in the backlog with only about 575 or so immigration judges to try to address that volume of work. The only effective way to do that is when judges themselves are working closely with management to make sure that we can effectively handle that body of work. And because we are not currently recognized the conversations that you would normally have, the pre-decisional input of management isn’t happening. So while there is some communication, it is not with the authority that our judges can bring through a full functioning labor organization to say, this is how we suggest that you proceed. No. Instead, we can only make advisory comments. And they can either accept them or ignore. And we think that we can be much more effective as a team if we work together. And we see a lot of reasons why this administration, a very labor friendly administration, would want to work closely with us. So we’re always hopeful that the administration will take action to engage it with us, from a pre-decisional standpoint,

Jared Serbu: I don’t want to minimize the impact of not having a formal union in place. But are there at least some discussions happening with management as far as just day to day labor relations, even even in the absence of a formal union?

Mimi Tsankov: There are some discussions but never enough, given the volume of issues facing the court, the changing law, the volume of the challenges related to staff, how you address all of those problems, that still is, requires a lot of communication. And we’re have nowhere near the level of communication that we really need.

Jared Serbu: Just to go back to the D.C. Circuit case for a second, just to talk a little bit more about why you’re pursuing that, even though you now have a board that, you know, is more likely to take favorable action toward you, are there legal issues there that the court needs to resolve or prior board actions that they need to nullifyt in order to get things all in order to your satisfaction?

Mimi Tsankov: Jared, part of the reason that we are pursuing this is not only because it’s important for us as immigration judges that have been falsely and wrongly identified, misclassified as management officials. But we’re worried because this type of reasoning that was used, which is basically non-reasoning, can ultimately impact all other federal unions, as well. And I could give you an example. So what happened in our case is that a full hearing was held at the regional level, the regional authority at the Federal Labor Relations Authority looked very closely at all the job duties that we had, and found that we are not management officials, she issued a 20 page single space decision fully looking at our case, and the facts and circumstances surrounding our union status. That was appealed by the last administration to the Federal Labor Relations Authority, and they did not engage in the same sort of detailed fact finding, and review that had happened at the regional level. We’re worried that if politics is allowed to influence the decision making and with a stroke of a pen, that type of level of detail, detailed analysis can be discarded. If this can happen to us, it can happen to any other union as well. So we’re fighting not only for ourselves, but for the integrity of this process.

Jared Serbu: And just to clarify on that, is it that FLRA’s decision was worded in a way where it could easily just be grafted on to other federal employee unions? Or is it more that they set a precedent that a future board could repeat?

Mimi Tsankov: It’s probably both. But the worrisome aspect is that they just did not grapple with any of the findings that had been made at the regional level. And if you don’t grapple with those findings, the facts and circumstances are the guts of a case, you have to look at the facts and circumstances to make decisions. And this prior Federal Labor Relations Authority did not. And it was criticized very aggressively by the dissenting view in that decision that was issued on Nov. 2, 2020. 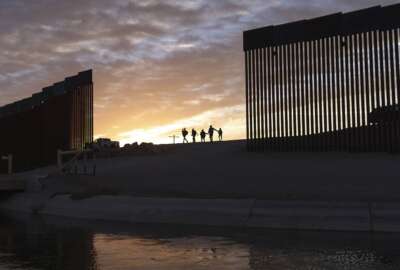 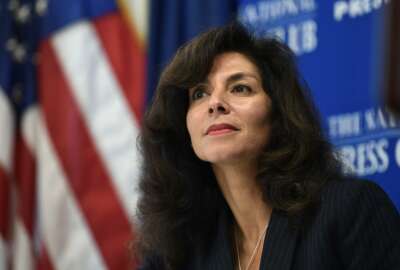