One big lesson from the COVID pandemic

One big lesson from the COVID pandemic: you need solid data to mount an effective response. And that was one of the Centers for Disease Control and Prevention’s biggest challenges in the early days of COVID-19. Things we know now – like the fact that minority communities were disproportionally impacted — were tough to nail down at...

One big lesson from the COVID pandemic: you need solid data to mount an effective response. And that was one of the Centers for Disease Control and Prevention’s biggest challenges in the early days of COVID-19. Things we know now – like the fact that minority communities were disproportionally impacted — were tough to nail down at the time. That’s because CDC had pretty limited demographic and socioeconomic data on the virus’s impacts. The Health and Human Services Inspector General found the CDC did manage to fill in some those data gaps over time, and some of what it did could help inform future public health responses. Adam Freeman is a deputy inspector general in the OIG’s Office of Evaluation and Inspections. He talked with Federal News Network’s Deputy Editor Jared Serbu on the Federal Drive with Tom Temin.

Jared Serbu: Adam, thanks again for doing this. And I guess the place I’d like to start is if you could take us through a little bit what COVID revealed in terms of the data gaps and seams that we have here. And the disparities it revealed because I think one of the big takeaways here as these issues are not necessarily COVID specific.

Adam Freeman: Yes, thank you, Jared, for having me. You know, we started this work because of the early reports of COVID disparities in the pandemic, as well as concerns about the CDC not sufficiently collecting or reporting race and ethnicity data. So we wanted to go in and find out what data CDC had didn’t have and how it used that data to identify and address disparities. We did that by talking with multiple groups within CDC response team, as well as a selection of jurisdictional partners that CDC works with asking about their collaboration and the data challenges that they face. And I think the big takeaway here, sort of two big takeaways, but the first one that, you know, CDC’s data on race, ethnicity and socioeconomic status for COVID-19 does have limitations, but it has improved over the course of the pandemic, in terms of completeness, but it is still not 100% complete. And we also found that the data can sometimes be inconsistent or inaccurate. So in terms of categories, and definitions being different as they’re used, and combined, in the data. And so that ultimately sort of limits CDC having a complete picture of the disparities and COVID.

Jared Serbu: Did you get into finding any real world impacts from those data gaps and disparities? I mean, did it have meaningful consequences for CDC’s response in those early days when the data wasn’t so good?

Adam Freeman: Yeah, you know, data is the key, sort of a key piece of all of CDC’s responses, right, all public health issues that it deals with. And so I think those data limitations did, as I said, sort of limit the completeness of the picture that CDC could have of the disparities. That said, I think the other big takeaway from this report is that despite those limitations, CDC was able to use the data that it did have both sort of complete or incomplete, as well as collecting other data sources to help inform its understanding of disparities, and therefore its response. So we found overall, that CDC was able to sort of put together the data it had to do its job in this important area.

Jared Serbu: Yeah. Let’s talk a little bit more about the improvements that the agency made along the way, I think, with some help from Congress, and from the CARES Act, how did that picture start to come into a clearer focus once they started cobbling together from other data sources?

Adam Freeman: Yeah, so CDC did take steps to improve the quality of the data that it was getting on race and ethnicity. And so that included actions like standardizing the COVID-19 case reports that jurisdictions would use, as well as supporting direct electronic reporting from like labs and jurisdictions, which improves the quality of the data. So those are some actions that it took to drive improvements.

Jared Serbu: And then some of these were mandated by Congress, if I’m remembering correctly in the CARES Act, labs, I think, for example, were required to start collecting more data and transmitting that to CDC. And one of the things I wonder from those kinds of changes are how enduring are they? How much are they going to apply to future health emergencies? Or were these sort of one off improvements that were specific to the COVID response?

Adam Freeman: That’s a good question. You know, I think a key lesson we learned from this work is that CDC can improve its demographic data can continue to improve its demographic data to help it quickly identify and hopefully mitigate disparities, when that applies to COVID-19, but also beyond that to other public health emergencies. And you know, on my mind as the recently declared emergency for monkeypox, so because of the structure of these data systems, many different partners involved in collecting and submitting and reporting the data up to CDC, I think many of the changes that CDC is trying to make, including, as I mentioned, electronic case, lab reporting, as you mentioned, from the Cares Act, will hopefully endure and prepare CDC to better identify and respond to disparities in the future.

Jared Serbu: Yeah. And it seems like part of the issue here might be timeliness because getting the data is one thing. Having it in a format that you can quickly make sense of and use to inform the ongoing responses is probably a little bit of a different thing. Did you get a good sense for how quickly they can put good data to use once they’ve got good data?

Adam Freeman: So the sort of speed with which CDC was able to analyze the data, I think would vary and wasn’t a focus of this report, specifically, but we certainly have plenty of examples in the report of how CDC has been able to use data to inform its ongoing actions on throughout the pandemic to address disparities. So that could be informing funding opportunities and where and what kind of funding and technical assistance it’s giving to different partners. And also sort of in the vein of collecting more data and collecting additional data to get information that around, say, targeted messaging for communities most at risk, testing locations, would be located, things like that. So CDC has been able to use the data that it has to inform its interventions as we’ve been going through the pandemic.

Jared Serbu: All right, and as we start to wind down here, why don’t you share a little bit about your recommendations for CDC going forward?

Adam Freeman: So primarily, we recommended that CDC expand the actions that it’s taken so far, and that as I said, includes working with its partners to improve the quality and completeness of the data that it gets, as well as working on its own to try and collect additional data sources or compile additional data sources. And we recognize that both of those approaches have value, and that CDC needs to strike the right balance between those with its resources. So we recommended that CDC continue both of those approaches. And CDC did concur and outlined some actions that it will take to do that, including new funding for data infrastructure, as well as some collaborative partnerships. We found that tribal partners sometimes reported that they didn’t have access to the data they need. That is something that had been reported in the past both in the media and congressional testimony and we recommended that CDC work to ensure that those tribal partners get access to that data mirroring the Government Accountability Office, and they are taking action on that as well. 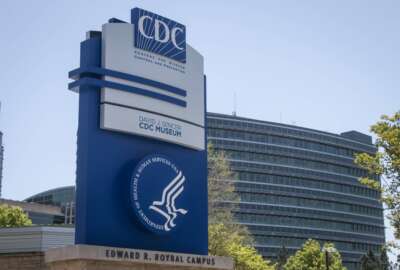 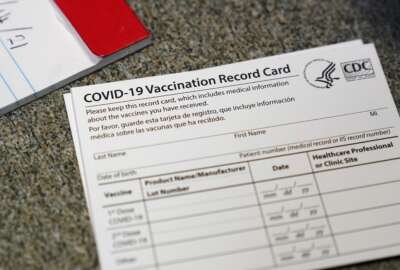