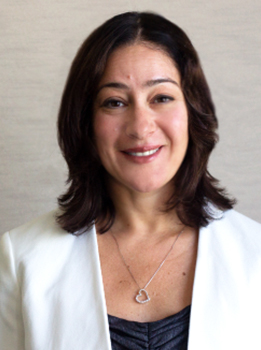 While the President can terminate a political appointee at his (or maybe someday her) pleasure, this is not the case...

While the President can terminate a political appointee at his (or maybe someday her) pleasure, this is not the case for federal employees appointed pursuant to Title 5, otherwise known as competitive service employees. The notion that agencies could fire federal employees for “disloyalty” or personal political beliefs has long been dispensed with, and was codified in the Civil Service Reform Act, now over 40 years old. Nevertheless, approximately 10,000 federal employees are fired every year for lawful reasons including pre-employment reasons, unacceptable performance or misconduct. See 5 U.S.C. Chpts. 43 & 75; 5 C.F.R. §731.202.

A pre-employment reason for termination will typically encompass an issue arising during a background check, such as a termination from employment in a previous position. If this occurs, OPM or an agency will make a suitability determination as to whether an employee may retain their employment, and the employee will have the right to receive the evidence relied upon and to reply. In certain situations, an employee may appeal an adverse suitability decision to the Merit Systems Protection Board (MSPB), which has the authority to make a final decision as to whether the employee can preserve its employment with the federal government.

When federal employees are in their probationary period, which are usually a year long, although sometimes longer, agencies can terminate their employment for any reason without affording due process, just as occurs in the private sector. The only limit is that the reason must not violate law – in other words, the decision to terminate cannot be based on discrimination, whistleblower retaliation, partisan political affiliation, or because the employee exercised their rights to free speech or assembly as protected by the First Amendment.

Once a federal employee is in a “permanent” status, meaning they passed their probationary period, federal agencies can only remove the employee for misconduct, poor performance, or medical inability to perform. Additionally, prior to effecting the removal, an agency must provide the employee with due process including notice of the proposed adverse action, production of the evidence relied upon, the right to submit written and/or oral replies, and the right to be represented by counsel. Further, an agency must be able to show that an employee committed either the misconduct as charged by preponderance of the evidence (i.e., more likely to be true than not) or had poor performance case through substantial evidence (i.e., less than 51%). In addition, in misconduct cases, an agency is required to demonstrate removal as a reasonable penalty under the Douglas factors, which include criterion such as the seriousness of the charge, frequency of the conduct, an employee’s past performance and discipline record, treatment of other similarly situated employees when charged with the same conduct, an employee’s likelihood for rehabilitation, and if there are alternative sanctions available.

Federal agencies cannot terminate employees on the basis of sex, race, national origin, religion, disability, age or retaliation for EEO activity (29 C.F.R. §1614); for making a protected disclosure about fraud, waste, abuse or illegal activity (5 U.S.C. §2302); or because of their political persuasion or marital status (Part 315 of OPM Regulations). If a removal occurs for any of these reasons, most federal employees may appeal such actions through various administrative processes through the EEOC, MSPB or the Office of Special Counsel.

If you are a federal employee who believes your termination was unlawfully motivated, contact the Federal Practice Group to learn about your rights to fight your removal.

Joanna  Friedman is a partner with the Federal Practice Group, focusing on federal employment and labor law from the pre-litigation phase through all stages of litigation and before administrative bodies such as the EEOC, OIG, OSC and MSPB and courts.