A costly new climate rule is coming for federal contractors

The Biden administration has proposed a new rule for federal contractors. It wants them to report their greenhouse gas emission levels, financial risks, and what the proposals calls “science-based emissions reduction targets.” To get one industry view on the proposed rule, the Federal Drive with Tom Temin spoke with the federal counsel for the Associated General Contractors of...

The Biden administration has proposed a new rule for federal contractors. It wants them to report their greenhouse gas emission levels, financial risks, and what the proposals calls “science-based emissions reduction targets.” To get one industry view on the proposed rule, the Federal Drive with Tom Temin spoke with the federal counsel for the Associated General Contractors of America, Jordan Howard.

Tom Temin: Mr. Howard, good to have you on.

Tom Temin: Builders, constructors, I haven’t seen yet a front end loader that operates on batteries. So what’s your reaction to this rule? What do you think it means? What’s the impact on the industry going to be?

Jordan Howard: If listeners aren’t aware of this rule, they should be they should pay attention. This is one of those proposed rules that’s gotten every industry including construction to pay attention. It’s almost like Section 89 or CMMC, or the federal contractors vaccine mandate. It is practically a go no go decision that really impacts contractors ability to even bid on federal work. So it’s quite a significant change, as you said.

Tom Temin: And would it particularly affect construction companies? I would think because they’re so energy intensive, just by the act of digging a hole in the ground and building a building or even remodeling, which the government does a lot of also.

Jordan Howard: Yeah, absolutely, you know, F-35. They’re amazing, but you know, they have to have a hanger. And they also have to, some of them have to have a runway as well. So you know, construction really is key to not only our national defense, but you know, even just our security when it comes to levees or any kind of natural disasters as well. But you’re absolutely right, you know, construction is energy intensive for a reason, it’s going to be difficult to see how this is going to be implemented in a consistent basis. Construction, as you know, can one day someone can be working on a military base in Guam, and the next day levee down in New Orleans. So it certainly is an energy intensive business. But it’s also quite dominated by small businesses, which this rule does impact.

Jordan Howard: Yeah, absolutely. And even in the proposed rule, it’s quite interesting how much of an impact it is expected to have. So just on small businesses alone, the proposed rule expects over $100 million, just the initial year for small businesses to comply. And after that, about 62 and a half million in subsequent years, so this is certainly going to be a huge impact. On top of all the other numerous rules, regulations, reporting requirements that are coming down the pike.

Tom Temin: That $100 million, then is basically labor hours in order to affect the compliance of just reporting?

Jordan Howard: Yeah, it’s it’s quite broad way that the proposed rule is calculating that there’s not a lot of information on how much it’s going to cost the government to comply as well, to figure out this role. There’s a lot of unknowns here. And so I suspect that that number is quite low on the estimate.

Tom Temin: And that idea of a science based emissions reduction standard, delving deep into it, what does the industry feel that actually means?

Jordan Howard: I think you kind of touched on it right there, you know, what does it mean? And I think that gives a lot of room for interpretation from contracting officers and other federal agencies that are going to be involved in this. And so what does that mean? It leads to more uncertainty for federal contractors and construction as well, it’s certainly going to be more risk, it’s going to cost businesses more, it’s going to expose them to potential false claims and other consequences for filing. So in addition to just the upfront costs, you also have that unknown costs with an increased risk.

Tom Temin: And by the way, is the industry, as an industry looking at, I don’t know what they might be, but lower energy intensive ways to get construction done? I mean, construction itself is 1000 different activities. You could be tiling a bathroom, or you could be digging of, you know, a 10 acre hole in the ground, very different ideas. Is that something the industry is pursuing or thinking about?

Jordan Howard: Absolutely, some companies approached us from basically wanting to become more green. Other companies are taking these initiatives just to save costs. So you can imagine there’s a big effort among these companies to address fuel usage. So if you look at idling vehicles, or just the cost of gas with moving this very heavy equipment, there’s a both of the practical standpoint as well as some companies are doing it because they think it’s the right move.

Tom Temin: I guess you could get a front end loader that’s battery powered, it would run for three minutes and you know, maybe get a couple of couple of shovelfuls done. We’re speaking with Jordan Howard, he’s counsel for federal construction and regulatory affairs at the Associated General Contractor’s of America. And so what will be the commenting strategy? What are they telling you is the timeline for this and are you trying to get your members to comment and what do you advise them to say to the administration on ways of maybe making this rule more palatable?

Jordan Howard: Yeah, absolutely. AGC is going to comment on this. On behalf of our more than 27,000 member firms, we are the largest and oldest association representing the construction industry. So we certainly will be encouraging not only our members, but our friends in other industries, but you can imagine what we’re going to talk about, we’re gonna ask for more risk based approach in the federal market, we’re going to ask for more flexibility, set some boundaries on these reporting requirements. It’s quite broad on how far and how much it’s just unclear, exactly everything that we need to do. And then another thing that’s interesting about the proposed rule is just the disconnect has with small businesses. And so it kind of creates this new categories. They call it significant contractors and major contractors. And so what’s, what’s the significant and major contractors, some folks may be hearing that for the first time and I know, at least in the regulatory world, that’s somewhat of a new term. But the proposed rule defines a significant contractor as any contractor who’s had between 7.5 million and 50 million contract obligations from the federal government the prior year. And then a major is any entity that has more than 50 million contract obligations. And I say, obligations, but kind of emphasize that word specifically, because that’s not how the Small Business Administration rates and categorizes small businesses, it’s based off revenue. So just having a $50 million contract, you may only make $20,000 on that, but it doesn’t matter. And it’s quite interesting the timing as well, because just this week, SBA came out and released an interim final rule that’s basically increasing the size standards, adjusting for inflation for small businesses. So just one quick example. So a lot of federal construction contractors are classified under heavy and civil engineering construction. And previously, that was 39.5 million. And now they bumped that up to 45 million. So you see this kind of disconnect, where the administration is essentially calling small businesses major contractors that are gonna have to do these very extensive complying and reporting requirements, while SBA sort of moving in the other direction of saying that we’re raising the threshold. So there is that certain disconnect that’s quite curious and confusing.

Tom Temin: Yes. And as you point out, obligation is only mildly associated with revenue in a particular year, especially for multi-year types of efforts, such as a major construction or civil works project, I guess. And is it fair to say that the major companies that really are major in the industry, the signs you see on skylines in cities, those do have legal and compliance departments. So is it your sense that this rule could fall cost wise disproportionately on smaller businesses, you know, actual small businesses in the construction and building trades?

Jordan Howard: Yeah, you’re absolutely right. You know, with the new rules and requirements are coming out all the time. It’s becoming more and more expensive for small businesses to participate in the federal market. And if the goal of the administration is to increase small business participation, especially small, disadvantaged businesses, this is not going to help.

Tom Temin: Jordan Howard is counsel for federal construction and regulatory affairs at the Associated General Contractor’s of America. Thanks so much for joining me. 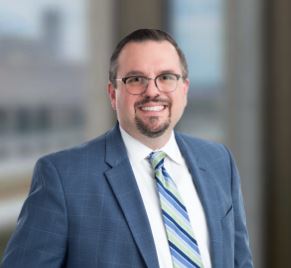