The pandemic has made a hash out of many people’s lives, bringing anxiety, health care, child care, even relationship stress. And that’s especially true for military members who already live with a lot of stress. Now there’s a source of help delivered right to service members’ smartphones. For details, Federal Drive with Tom Temin spoke to Military...

The pandemic has made a hash out of many people’s lives, bringing anxiety, health care, child care, even relationship stress. And that’s especially true for military members who already live with a lot of stress. Now there’s a source of help delivered right to service members’ smartphones. For details, Federal Drive with Tom Temin spoke to Military OneSource’s Zona Lewis, the associate director for military community outreach, and Erika Slaton, the associate director for military community support.

Tom Temin: So tell us what it is actually, that you have developed here. It sounds like a texting service. Tell us more about it.

Erika Slaton: Well absolutely, love to talk about it. We’re really excited about this offering for our military community. My MilLife Guide really originated as a brainstorming session between Military OneSource and the Military Health System as a way to find solutions to help service members and their families deal with the impacts of COVID-19. So because of that, we really wanted to also find some resources or share resources to improve their well being. Well, as you know, we’ve all had to deal with shutdowns and quarantines, and also reintegration. But one of our goals is that we really wanted to ensure that we connected our service member with resources. And that’s when My MilLife Guide was born with a text-based messaging program.

Tom Temin: And what is it that you text to the members?

Zona Lewis: Well, we provide a number of tips and tools and resources based on categories that we’ve identified that the community at large may be facing due to COVID. Personally, when COVID hit, I was having trouble with sleep. Our rhythms were all just disrupted, and I wasn’t sleeping, right. And it was impacting my everyday life. So one of the sections is on the resources available to service members about sleep. So that is an example of one of the many opportunities or resources that we’re sharing.

Tom Temin: I’ve seen earlier military apps in past years where there were, like stress reduction tips that you could breathe, and so on – direct advice right there on the screen of the phone. This sounds like something different. This sounds like links to existing resources elsewhere that they can get, and it’s almost like you’re sending them reminders to go to those resources. Do you see the distinction?

Tom Temin: Sure. And how often do these texts come? Do they come just automatically or does the service member say, hey, I need some help here and then it comes?

Tom Temin: Got it? So they can start at any time and that’s when their particular eight-week period starts.

Zona Lewis: Yes. Now it is for a limited time. It began on Jan. 11 and the last day to sign up is Feb. 22. So it’s just for this short window that we’re offering this particular program.

Tom Temin: And what has the take up been so far?

Zona Lewis: Since Jan. 11 through Monday, Jan. 25 we’ve had 703 service members and spouses sign up for the program.

Tom Temin: And what is the outreach such that they know about it, besides places like this?

Zona Lewis: Yeah, well, we’re using the traditional through our website: MilitaryOneSource.mil. We are also using our social media platforms of Facebook, Twitter, Pinterest, Instagram. We’re also on military installation gas station TVs. So if they’re filling up their tank at a gas station on base, they’re very likely to see this program advertised.

Tom Temin: Hey I think a good idea would be to put a barcode on the gas pump. Maybe they could just point their phone and sign up? No contract required, you can have the idea. We’re speaking with Zona Lewis – she’s the associate director for military community outreach at Military OneSource. And Erika Slaton, the associate director for military community support. And Ms. Slaton, in the community there are a lot of sources for support. How do you coordinate your offerings with what might already be there to avoid redundancy?

Erika Slaton: We have strong relationships with a number of partners, both within the Department of Defense and outside of the Department of Defense. We are constantly sharing many of the resources that are embedded in the My MilLife Guide. And so we coordinate our services and resources to ensure that we’re not duplicating services, but we’re actually complementing one another and the resources that we provide to our military community, and also when our military community has any questions about these resources our 24/7 call center through Military OneSource is able to share what resources are available, whether those are through Military OneSource, or through one of our federal partners.

Tom Temin: And when designing programs for community support, community – mainly support and also outreach – do you take into account the wide range of situations that service members are in? They could be aboard a ship somewhere, they could be stuck in a submarine where they are in an enclosed area for months at a time, they could be in Japan or Europe, they could be in a hot climate, a cold climate? Do you try to tailor these things, because of all those circumstances?

Erika Slaton: Our service members and families are always top of mind for us. And anything that we develop will be directed for them to support any circumstance that they are involved with within military life, whether that’s deployments or frequent moves, or if they’re on that ship. So our programs and resources are always designed with them in mind. And again, we’re just really happy to bring to bear these resources through the My MilLife Guide.

Tom Temin: Because if you say “go out and take a nice long walk” well, if they’re in Minot Air Force Base in North Dakota in February, it’s different than if they’re in Lakeland Air Force Base in Florida in the summer, I guess it might make a difference. And what are you doing to evaluate not just the downloads, but the usage rates and the uptake? And maybe design a new program going forward, based on what you learn on this one? Do you have mechanisms to do that?

Zona Lewis: Absolutely. So we’re doing it several ways. Of course, anybody can call Military OneSource call center at any time and provide feedback. But through the app itself, if you’ve completed the eight week program, you will receive an opportunity to provide us feedback through the application or the text program. But we are also working with the Military Health System to do a usability study with actual users of the app. And this focus group would be able to provide information that will help inform how well we performed or didn’t for this particular program, and it absolutely will shape any consideration that we do for offering this in the future or if we broaden it or change the format and context in any way.

Tom Temin: So how do they go about signing up, where do they go?

Zona Lewis: Yeah, well, that would be great. We didn’t set a minimum or maximum number for this program. We’re considering it a beta. So it is our test to see if the military community wants to receive this information via text format. So we’re going to evaluate it based on the feedback of the users that did sign up.

Tom Temin: Well, maybe Gen. Austin – now Secretary Austin can get the word out? That would really get people’s attention, I think. We’ll see what we can do there. All right. Zona Lewis is associate director for military community outreach programs at Military OneSource and Erika Slaton, associate director for military community support. Thank you both for joining me.

Tom Temin: We’ll post this interview at FederalNewsNetwork.com/FederalDrive. Hear the Federal Drive on demand, subscribe at Apple Podcasts or wherever you get your shows.

NDAA veto could jeopardize pay and benefits for nurses, Gold Star Families and other military occupations 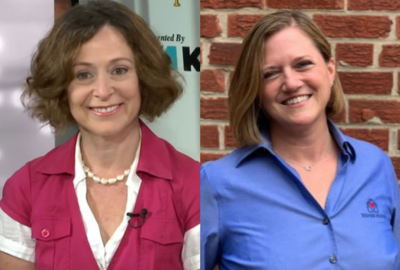 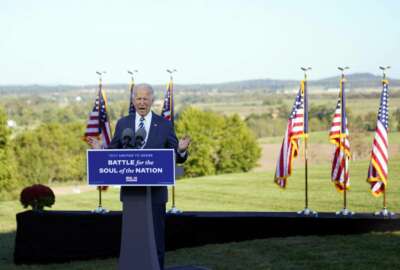