Changes to national strategy, focus on military families and lower defense budgets are all expected to be some of the changes President-Elect Joe Biden will make at the Pentagon when he takes office next year.

Defense analysts and former Obama administration Pentagon officials weighed in on some of the most urgent changes the Biden administration will make...

Changes to national strategy, focus on military families and lower defense budgets are all expected to be some of the changes President-Elect Joe Biden will make at the Pentagon when he takes office next year.

Defense analysts and former Obama administration Pentagon officials weighed in on some of the most urgent changes the Biden administration will make at DoD upon taking office.

“There will be more continuity than discontinuity. Many of the top national security threats have increasing bipartisan recognition,” Brad Carson, acting defense undersecretary for personnel and readiness under President Obama, told Federal News Network. “And 90% of what DoD does is deal with very important, but prosaic matters of personnel, health care and similar issues. There will be some high-profile changes though.”

The most impactful will be changes to the National Defense Strategy, which former Defense Secretary Jim Mattis signed out at the beginning of the Trump administration.

“A Biden administration will come out with its own national defense strategy in about a year,” said Mark Cancian, senior advisor at the Center for Strategic and International Studies. “The strategy will say that it is a complete break from the ‘discredited’ Trump administration. However, there will be many elements of continuity. The focus will be on China and Russia (in that order) with secondary threats from North Korea, Iran and terrorism.”

Cancian added the new strategy will put a large focus on working with allies. It will also put an emphasis on U.S. leadership, which the current strategy does not have.

Most other former government officials and experts agreed that the new strategy will continue to consider China and Russia the largest threats.

National Defense Industrial Association President and CEO Hawk Carlisle said the Biden approach to those threats will be viewed more toward a lens of multilateralism, diplomacy and leadership in international organizations.

From a business strategy approach, Cancian said the Biden administration will keep up the business management reforms DoD has been working on for years.

Todd Weiler, assistant secretary of defense for manpower and reserve affairs under President Obama, warned looking for reforms in the wrong places could come at the detriment of military families. Former defense secretary under Trump, Mark Esper, ordered a defense-wide review to cut some fourth estate programs to pay for modernization and lethality.

“I am concerned that we not go too far in the assessments by management offices without equal input from policy officials. I use as an example, the DoD Education Activity and Commissaries,” Weiler said. “These institutions are ripe for efficiencies, but they are also highly ranked benefits by our military families. A pure business approach to these and other areas might result in measures that might save money, but have an adverse impact on our military families and service member retention.”

Defense budgets will not be the boon they were under the four years of the Trump administration. However, don’t expect large cuts either.

Cancian said the budget will probably not go down as much as some feared since progressives didn’t pick up as many seats as expected. However, House Armed Services Committee Chairman Adam Smith said in the past that there is a legitimately-sized wing of the Democratic Party that would like to see less spending on defense and more on healthcare, education, infrastructure and other resources.

“I expect that the Biden administration will argue that it is robustly funding national security but not in the Defense Department,” Cancian said. “It will increase funding for diplomacy, health emergencies, climate change, perhaps even education, arguing that these are all national security. Thus, the services will need to make some difficult trade-offs among force structure, modernization, and readiness. I expect that the Air Force will retire a lot of older aircraft. A lot of strategists will want to shrink the Army to fund other priorities in the Air Force and Navy.”

President Trump signaled he wanted to move troops out of Germany and Afghanistan. Under Biden, the Germany moves will probably not happen and Afghanistan withdraws will likely slowdown so the United States can ensure security in the region.

“I think troop movements will change course quickly and his orientation will be to build relationships back,” Carson said.

Kelly Hruska, director of government relations at the National Military Family Association, said her organization would like to see the Afghanistan withdraw happen on a quicker timetable.

According to Carlisle of NDIA, the Biden team is signaling a full-court press at the federal level to contain coronavirus. Those include restrictions where needed, testing, therapeutics and vaccine distribution. That is in contrast to the Trump administration, which delegated some of those issues to the states.

Roth-Douquet at Blue Star Families said she expects the National Guard will continue to have a large role in responding to the disease. Furthermore, DoD will continue its work to stop COVID-19’s spread within the military.

“In the military, we are pretty keen to risk mitigation, and there’s largely been compliance around the Centers for Disease Control guidelines,” she said. “However, Blue Star Families has received some concerns from our members regarding the continuation of in-person training, and some service-members’ failure to wear masks, practice social distancing, etc. We believe that the DoD will continue to prioritize the health and safety of the active duty force, by ensuring compliance, and will actively balance the need to maintain unit readiness (through in-person training) with service-member well-being.”

All of the experts and officials Federal News Network spoke with agreed that Biden will reverse the Trump administration’s restrictions on transgender people in the military. Under President Obama, the military allowed transgender service members to serve openly; it is likely Biden will do the same.

Those include paying service members a competitive wage, providing military families with resources and prioritizing support for military children.

The platform stated a Biden administration would research and develop solutions to increase the time between permanent changes of station while ensuring the military’s demands are met.

“One such solution could be investing in the creation of virtual or hybrid learning scenarios for mandatory professional military education so that service members and their families can remain in place, rather than PCS to a new base for a short educational tour,” Biden campaign website states.

His platform continues the Defense Department’s work to reduce military spouse unemployment. State governors and military groups have been working on the issue for the past few years.

Biden would also try to make more inroads between the military and industry for spousal hiring and put an end to some occupational licenses to make it easier for spouses to move and find jobs in new states. A lot of that work is already moving through the states and Congress.

The Democratic platform calls for guaranteeing safe housing for service members. More than 18 months ago, Congress heard about widespread reports of mice, mold and lead paint in privatized military housing.

Roth-Douquet said she suspects “the Biden Administration will relaunch the Joining Forces Initiative – which sought to address the challenges facing military families (and the military-connected community as a whole), by coordinating cross-sector collaboration. Dr. Jill Biden, of course, co-chaired that effort under the Obama Administration, as Second Lady. As a military family themselves, the Bidens understand the joys and challenges associated with the military lifestyle. We know from experience that Joining Forces was a great motivator for many Americans to engage with the military community.” 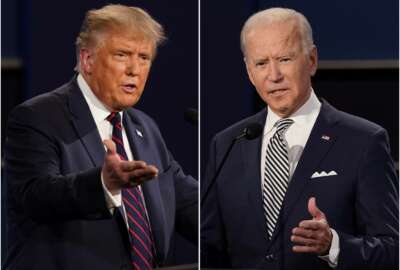 Comparing Biden and Trump on defense issues as election nears 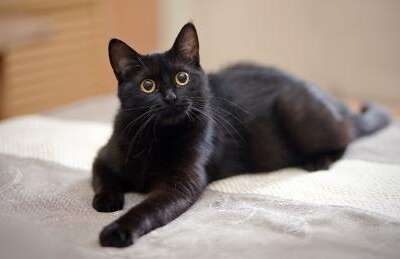