The Defense Department has increased the number of people it is testing and upped its coronavirus testing capacity as service member cases continue to spike.

“We’ve also seen testing increase five-fold in the past three months, and to date we conducted over 540,000 tests since January,” he told reporters at the Pentagon on Thursday.

The military has also greatly increased its ability to analyze tests. DoD went from having only 15 labs that could process COVID-19 tests to 125 with the capability to conduct more than 200,000 tests a week.

“This has been a coordinated achievement. Together with the Joint Staff, the military departments and the combatant commands, we’ve all come together to solve this complex problem set,” Payne said. “Just in the last week, their services and combatant commands were able to complete 98% of their projected weekly screening requirements.”

While testing is getting better, cases are continuing to increase. Service member cases have more than doubled over the last week. As of July 29, 37,824 DoD-affiliated people were infected with coronavirus; 26,408 of those were service members.

Most of the service member age group infection rates are below the national average, except the 18-24-year-old group. That set makes up the biggest chunk of the military force, however.

DoD began proactively quarantining troops in April. It started an effort to test all troops, beginning with those working on critical national capabilities and then testing in tiers based on criticality. The first tier finished initial testing in May.

“We are moving from a diagnostic focus to a diagnostic plus screening focus,” Vice Chairman of the Joint Chiefs of Staff Gen. John Hyten said in April. “We are able to expand our testing ability to wider military populations.”

The military services are testing and quarantining recruits as they arrive at basic training and conducting remote learning exercises while they are in isolation.

DoD is also participating in Operation Warp Speed, which is tasked with delivering a vaccine publicly as soon as possible.

Warp Speed also signed a contract with Pfizer for $1.95 billion. The contract is an advanced purchase agreement for 100 million doses. The government would only pay for the doses if Pfizer gets an FDA-approved vaccine.

Warp Speed is pursuing multiple other vaccination and therapeutic options for coronavirus as well. 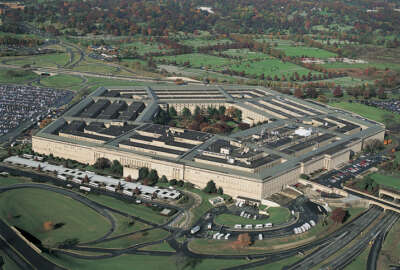 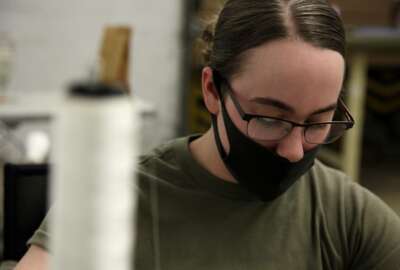