The Army’s Combat Capabilities Development Command (DEVCOM) is one of them. In a recent “future of work”...

The Army’s Combat Capabilities Development Command (DEVCOM) is one of them. In a recent “future of work” concept paper, the command began to ask and answer several key questions about what employees can expect from a post-pandemic environment. But the overall theme, at least for DEVCOM, is that flexibility is here to stay.

DEVCOM — an overwhelmingly civilian organization that employs the vast majority of the Army’s scientists and engineers — wants its workforce to be able to continue to work whenever and wherever they’re most productive, said John Willison, the command’s top civilian official.

“Usually we’re doing lab experiments on interesting Army technology, but we realized partway through the COVID pandemic that we were doing an experiment on ourselves. It was a forced experiment on how we’d want to set things up to try something different for a year,” Willison, DEVCOM’s deputy to the commanding general said during an interview for Federal News Network’s On DoD. “In August, we told our 25,000-plus total workforce to continue working remotely as much as possible through at least the end of December. And what that then did was put us on a path to say by the end of December we have to have a more long-term answer.”

The concept paper is DEVCOM’s preliminary answer. It notes that while the command’s mission set can’t and won’t change, where, how and when the work gets done is going to continue to be a lot more flexible than pre-pandemic.

And to some extent, making the command a more flexible workplace opens up new opportunities for who can perform its missions — especially if not all new hires will need to relocate to an Army worksite.

“We know people are most productive when they’re happy with their life, and for a lot of people that’s location based, that’s family based, that’s geography based,” Willison said. “So in a job announcement, I can say, ‘Here’s the expectation: every so often, you’re going to have to come in and work with the team.’ And that will be different for different positions, but we now open up our ability to attract and recruit talent to so many different sources that we haven’t been able to have before, because we stipulated a duty location.”

Prior to the concept paper’s release, DEVCOM surveyed its workforce to gauge their attitudes toward the possibility of longer-term remote work arrangements. Forty percent said they’d prefer to continue to telework full-time; only 5% said they didn’t want to work remotely at all.

And other data seems to indicate the workforce has been more productive in a remote work environment. On average, DEVCOM employees worked 40 more hours over the past year than they did in the previous one.

“We need to get off this notion that there are core hours, where everyone’s got to work between 9 and 3 and then plus or minus some hours after that,” Willison said. “Is that really when people are most productive? What we’re finding is not necessarily. Not all work can be asynchronous, with people working different hours and then sharing products online, but some of it certainly can be.”

But eliminating the concept of “core hours” can also carry the risk of burnout, particularly for employees who become full-time teleworkers for the long-haul, and where the lines between work hours and home hours are not entirely clear. Willison said the command is trying to be mindful of those risks too.

“We’re keeping our eye on that, and we want to make sure that when people can go away, they do go away and that we are giving people a break. And we’re not just overworking them,” he said. “I think you’ll see people choose a blend of sometimes coming in the office, sometimes working remotely. We want to really make sure it’s not a binary choice between home and an Army lab – we think there’s probably a middle ground in there too. For example, a shared space that gives them a little bit of that boundary where they’re not working all the time and living all the time in the same place.”

Willison said DEVCOM still needs to overcome some challenges to operationalize its future of work concept.

For example, the notion of a much more distributed workforce raises some important infrastructure questions. While the command will probably need less physical real estate, it will need long-term solutions to protect the often highly-sensitive data its employees are working on from distant locations.

He said the other main challenges are primarily cultural ones, including how front-line supervisors go about managing physically-distant employees.

“This absolutely changes the way our managers and our leaders are going have to manage people: what it means to have leadership presence, what it means to virtually build teams, what it means to check in on people and manage that health,” Willison said. “It’s a challenge, and it’s going to require us to look at different skills. We’ve already brought some training in that looks at how you manage remote work. But we have to shift from managing people’s time by physically watching them to setting expectations on output, and measuring that.” 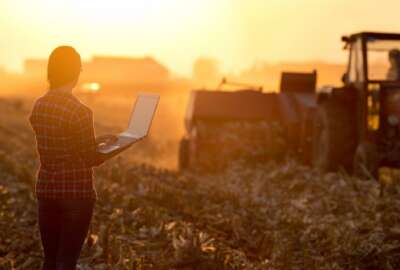