It took a lot of collaboration between the pharmaceutical industry and the government to get COVID-19 vaccines developed and proven safe. It might have been one of the biggest and fastest medical efforts ever. At the center of it all was the director of the Food and Drug Administration’s Center for Biologics Evaluation and Research, and a...

It took a lot of collaboration between the pharmaceutical industry and the government to get COVID-19 vaccines developed and proven safe. It might have been one of the biggest and fastest medical efforts ever. At the center of it all was the director of the Food and Drug Administration’s Center for Biologics Evaluation and Research, and a finalist in this year’s Service to America Medals. Dr. Peter Marks spoke to Federal Drive with Tom Temin.

Tom Temin: Dr. Marks Good to have you one.

Peter Marks: Thanks. Nice to be here.

Tom Temin: So tell us exactly what you did here. The citation says that you brought together otherwise competing companies to collaborate in this development of the vaccine. So, I guess there’s a development piece, and then there’s testing and certifying it as safe phase. So tell us what happened.

Peter Marks: So at the beginning of the pandemic, the conventional wisdom was that it might take until calendar year 2022 to have a vaccine against COVID-19. And obviously, as wiser people than I am said that we might not even necessarily have one by then. And so the goal was to try to bring things together to try to get a vaccine long before then, hopefully, at the time, by the end of 2020, if not early 2021. We worked with a variety of pharmaceutical companies who collaborated in various ways. Many were pursuing their own development, but also sharing knowledge about the virus and then trying to find pathways that would move this forward as fast as we could through the large clinical trials that would be necessary to show that the vaccines were safe and effective. The other piece of this that was very critical, was while these clinical trials were going on, the various manufacturers were scaling up their production of vaccine at-risk, which is something we don’t usually do. But in this case, the idea was, better to have vaccine ready when the clinical trials were done to be deployed if the trials were positive. And if they weren’t, you could always dump them. But in the case of a pandemic, where we were pretty sure that there would be a desperate need for vaccines in fall to winter 2020, to have those on hand was very important. And so, things proceeded in parallel, the large clinical trials and the manufacturing scale up. At the end, we then used a pathway available to us after the terrorist attacks of 9/11, the Emergency Use Authorization pathway, which is a regulatory pathway, which makes it possible for us to make available product without our normal licensure process, in terms of vaccines, when there’s a public health emergency. And that combination of beating up clinical trials, manufacturing at-risk, and using this access pathway called Emergency Use Authorization, is what managed to get a vaccine from laboratory, into people’s arms in less than a year.

Tom Temin: Yeah, so, it really was lightning speed or Warp Speed, I guess was the name of the development program. It sounds like you were the bridge, though, between the development of the vaccine itself by the companies and the regulatory requirements, as you said, the emergency regulatory pathway, because FDA takes over at some point from the development stage, is that a fair way to describe the process?

Peter Marks: Yeah, we helped facilitate this. I think we have a wonderful team. I’d say I’m kind of like the orchestra leader who helped make sure our team was working together in collaboration with other government partners and with private industry to make sure that we were all moving in a harmonious manner to get to this particular goal at the end of the day, which was so important.

Tom Temin: Sounds like more of a overlaid set of requirements and procedures rather than a compressed one. I mean, it was fast. But a lot of things were happening simultaneously.

Peter Marks: You just articulated that beautifully. Because exactly right. And I think this is what’s so important for people to understand, that really no corners were cut in developing these vaccines. People are worried, oh, was it a rush process? Did we miss doing stuff? No, it was not something where corners were cut, it was something that we just took out unnecessary time delays, and we proceeded in parallel rather than in cereal in order to get there was really data that we would use for efficacy that’s very much like the data that we would use for efficacy for our standard license vaccines. And in terms of the safety data, we had the critical safety data that we needed, from the first roughly median of two months after people were received the vaccines, and that’s when most of the adverse events are seen. And we also put in place of a very robust safety follow up system. So, really, no corners cut and so you set it exactly right, this was not by missing steps, it was by catching all the steps and essentially stacking them on top of each other to get them done timely.

Tom Temin: We’re speaking with Dr. Peter Marks, he’s the director of the FDA Center for Biologics Evaluation and Research, and a finalist in this year’s Service to America Metals program. And during all of this, given all of the national uproar and the publicity, did it occur to you at times that in some ways, the entire credibility of the government and its regulatory system was on the line here?

Peter Marks: It actually did. And it weighs heavily, because we know that vaccine confidence is absolutely critical when one is developing a vaccine. A vaccine does not stop a pandemic. Vaccination of people does. And so, without maintaining the confidence in people in the process, we knew that we would not be successful. And that’s why the buzzword, ‘transparency’, which in this case, is a very appropriate word, an open process in how we did this, so that people could see that corners were not cut, so that people could see that what needed to happen happened. That was very important, because we wanted to make sure that people would feel comfortable in getting vaccinated. And we know that there is a fair amount of vaccine hesitancy in our country. We’re dealing with it right now. And the hope is by having an open process, by being willing to answer questions, address vaccine hesitancy head-on, that people will come around to realizing how critically important getting vaccinated is to public health, but also to our national security. Because if we have additional ways of COVID-19 come across the country, it will adversely affect our economies, and our ability to function both in terms of school jobs, etc. So, I really do feel that weight of the world or weight of the country in terms of the need to get this right so that people have confidence in our vaccines.

Tom Temin: And what was it like day to day? Because I’ve heard from other federal officials in other domains that for a period it was almost a 24 hour-a-day, seven day-a-week type of process for them. What was it like for you?

Peter Marks: I think they described it pretty well. There were weeks when….I tend to be an early riser. I kind of had the 4 A.M. to 6-8 P.M. shift, and others kind of came on a little later. There probably were about two hours-a-day, probably between 1 A.M. and 3 A.M., when things were pretty quiet. But otherwise, things went pretty well ’round-the-clock. And they did go seven days-a-week, including holidays, during the busiest periods of this process. And for that matter, they continue to be very busy. Because now that we have three emergency use authorized vaccines, we’re in the process of seeing those transition into expanding those who can receive the vaccines into younger individuals, as well as potentially transitioning into biologics license applications so that we’ll have actually approved vaccines, and that’s keeping us quite busy. So, things have perhaps lightened up slightly, but we’re still staying nicely busy.

Tom Temin: And you have two D’s, a PhD and an MD. Which of your professional muscles were a strain the most here?

Peter Marks: [Laughs] Oh, I would say, you know, it’s hard to make divisions here. But they both came into….I’d like to be politically correct and say they were equally, they were equally useful. The MD for the clinical knowledge of having to deal with the issues that came up with COVID, how we would have to deal with the various syndromes that were coming up, and address the medical aspects of getting to immunity in individuals. And the PhD portions for understanding everything from the protein chemistry and the virology that went into some of the vaccines, to the manufacturing processes and the immune response triggered by the vaccine. So, these both came in handy during this pandemic response.

Tom Temin: Alright, so a full body workout, and one you probably hope you don’t have to repeat.

Peter Marks: I wouldn’t mind if it wasn’t more than another 100 years until the next time we have to do this.

Tom Temin: Alright. Dr. Peter Marks is the director of the FDAs Center for Biologics Evaluation and Research. And he’s a finalist in this year’s Service to America Metals. Thanks so much for joining me.

Peter Marks: Thanks so much for having me today. 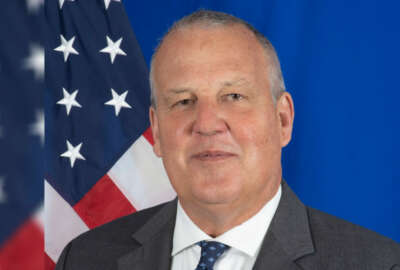 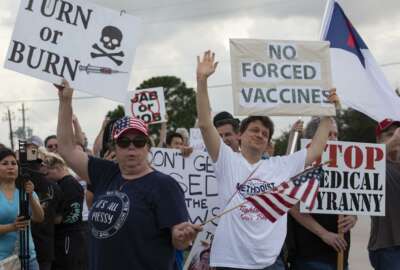 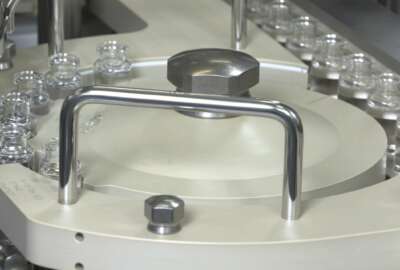