Rumor mongering on the internet, it’s a constant threat. Last year, rumors threatened to muck up the 2020 decennial census count. Zack Schwartz built partnerships between the Census Bureau and some of the largest internet companies to successfully tamp down rumors and help maintain public trust in the Bureau and in the count. He’s a division chief...

Rumor mongering on the internet, it’s a constant threat. Last year, rumors threatened to muck up the 2020 decennial census count. Zack Schwartz built partnerships between the Census Bureau and some of the largest internet companies to successfully tamp down rumors and help maintain public trust in the Bureau and in the count. He’s a division chief at the Bureau’s IT Service Management Office, and a finalist in this year’s Service to America Medals program. He shared more details on Federal Drive with Tom Temin.

Tom Temin: Mr. Schwartz, good to have you on.

Zack Schwartz: Thank you so much, appreciate it.

Tom Temin: Give us the extent that you were able to see of the types of disinformation going on, and what kinds of platforms did you see it on?

Zack Schwartz: It was actually extremely important for us even before we saw any mis- or disinformation online, to go out there and be proactive about making sure that the content we had as the Census Bureau and our partners had was accurate and authoritative. So that was really the first step for us in fighting the mis- and disinformation that could have potentially happened during the Census. Once the census went live, our partners in social media companies, and many other companies for that matter, actually knew what was authoritative and inaccurate. So when we went out and saw information out there, that was inaccurate, we were able to quickly react, our platforms knew what to do, they knew how to take down content, they had Census suppression policies in place, it was just a whole shebang of making sure that information that was out there about Census was accurate, and therefore encouraging people to respond online, over the phone or by mail.

Tom Temin: And I’m curious as to what some of the more difficult rumors to take on might have been? For example, some of the more obvious if someone says, “Well, they’re not there to get the count of your house, they’re there to shoot you or rob you.” This type of thing is kind of easy to spot as a sad sort of lie. But we’re some of the disinformation campaigns more subtle than that? And if so, maybe give us a couple of examples?

Zack Schwartz: Yeah, there’s one that really stands out to us, especially during the coronavirus pandemic that was happening. And it was around the stimulus payments that were going out last year. And unfortunately, there was a rumor that was going around that you had to complete your Census in order to get your stimulus payment. And you might think offhand, oh, maybe that encouraged people to respond to the Census? But really what it did and what communities saw or what they could have seen with that type of a rumor is that the Census Bureau was actually sharing information – which is illegal – to other federal agencies about who responded or even more information. And that’s something that really made us nervous because we didn’t want people to think or have any inkling of concern that the Census Bureau would share information submitted during the 2020 Census. That was one that we really were concerned about. Another rumor that popped up was information about whether or not noncitizens could complete the Census. And we made it very clear as part of our information that all residents should be responding during the 2020 Census. And, while there were some information out there that the census only about the count of the citizens of the United States, that was not accurate. And we were able to quickly clamp down on that and make sure authoritative content was out there that said all residents of the U.S. should be responding to the 2020 Census.

Zack Schwartz: Correct. Yeah, we were definitely on top of any of the concerns. I mean, Census was in the news with the citizenship case in the Supreme Court, and other places. And we really wanted to make sure that the Census stayed accurate about who needed to be counted, and really what the data was used for. And that was extremely important as we wanted people to know that the data collected during the census was all about getting representation for their communities, and making sure their communities had billions and billions of dollars allocated to them each year accurately based on the counts that we collected.

Tom Temin: And in its outreach programs to try to ensure as many people as possible do go ahead and give their census information, Census targets many, many different ethnic and subcommunities to make sure that the word does get out deeply into different languages and so forth. Did the same type of effort extend in what you were doing? That is to say, are there certain platforms, certain forums that different ethnic groups, for example, might use that you would have to identify to make sure you were there to counteract what might be wrongly on there?

Tom Temin: We’re speaking with Zack Schwartz, he’s a division chief of the IT Service Management Office at the Census Bureau. He’s also a finalist of this year’s Service to America Medals program. And what kind of apparatus did you set up from an IT standpoint to get all this information in and make sure that the partners and Googles and the WhatsApps, etc., knew what they had to do?

Zack Schwartz: Yeah, we’re thrilled our overall program was called the trust and safety team, which is exactly mirrored on what success has happened with those large companies in clamping down on missing disinformation on their platforms. For us, though, we use a robust tool for social listening so that we could actually weed through a lot of the noise. I mean, there was millions and millions of comments in conversation about the Census over the last year. And we really needed to make sure we were targeting where rumors or concerns were occurring, and that we could actually target them without, getting nailed down in the weeds. So that for us was really important, having a robust social listening tool, but then really just being able to have constant communication with our social media platform contacts. We met with them weekly, we met with them over the weekend, when anything popped up, we knew who to contact, and they were there to help us in ensuring that a rumor didn’t spread much beyond whatever we had captured at that moment in time. And that for us was the real success, that constant communication.

Tom Temin: And of course, now the 2020 count is completed. And we’re going to get the numbers pretty soon in a big way. So the pressure is off, at least for a few years. But this apparatus that you set up in the systems that you set up, will they be useful now in these years between the decennial counts?

Zack Schwartz: A hundred percent – we’re really excited to use the apparatus and the tools that we have to support other surveys that the Census Bureau does, including the American Community Survey, our Economic Census. But even more excited about supporting our federal partners across the government, including the CDC, the Veterans Affairs administration, other places that have really important programs that are often plagued by mis- or disinformation online. And we’ve got a lot of lessons learned and a lot of best practices that we look forward to sharing across the government and across the Census programs.

Tom Temin: And I’ll ask you a question I ask a lot of the Sammies finalists that we interview every year: How did you get into this whole idea of public service, and the Census Bureau in particular?

Zack Schwartz: I had an opportunity to join the Census early on in the decade before the 2020 census. And I honestly, I fell in love with the technology. They were at the forefront of thinking about how the government could present technology that met the individual where they were, that it was accessible, and easy to use. And that to me was extremely important.

Tom Temin: You came directly from college to Census, what’s your pathway?

Zack Schwartz: Yeah, I actually came from the private sector here to Census and I was a consultant for Census early on. And I fell in love with the mission and an opportunity arose to switch over the federal side. And I took it and ran.

Tom Temin: Well, there’s no big partnership track at the Census Bureau like there is in consulting. Does that make you still want to stay in government?

Zack Schwartz: A hundred percent – I just absolutely love the pressure and the ability to do things in government. That’s something I enjoy. And I really, really don’t think there’s anything else that I could do at this point.

Tom Temin: And what is the pace like at Census now that the decennial count is over? And I guess maybe for a week or two, everyone could breathe a sigh of relief, but the effort goes on all the time, doesn’t it?

Zack Schwartz: Yes, it does. And we are in full steam ahead. I mean, we’ve got the apportionment numbers as you referenced that are getting ready to come out. So we’re really excited about that, for the details for each state on their populations, at the county level and track level and such. But you know, Census is picking up as we get geared up for the Economic Census here. The American Community Survey is always happening. And let me tell you, you may think that that’s a small survey – that is a massive survey with massive implications across the U.S. So we’re really excited about everything that’s happening here. But again, we’ve got a lot of lessons learned and a lot of best practices that we can share with other federal partners. And that’s what we’re also actively doing for everything we learned in the 2020 Census, not just about the trust and safety program.

Tom Temin: Zack Schwartz is division chief of the IT Service Management Office at the Census Bureau and a finalist in this year’s Service to America MeDals program. Thanks so much for joining me.

Zack Schwartz: Thank you so much for having me. 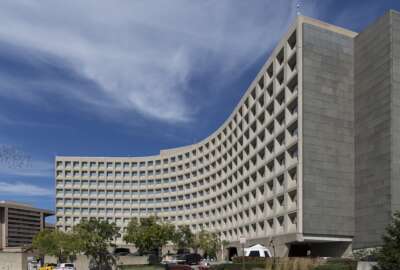 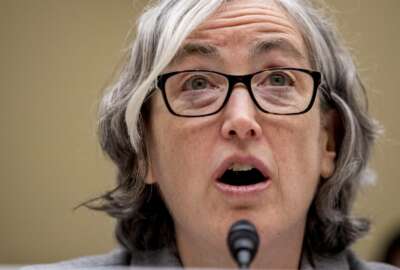 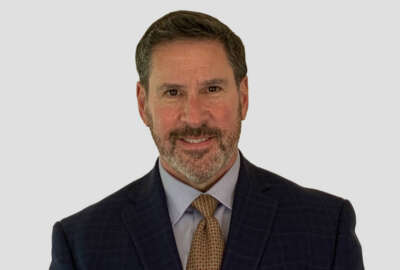