“The TMF is meeting the spirit and the intent of the law,”...

“The TMF is meeting the spirit and the intent of the law,” said Alan Thomas, the former commissioner of the Federal Acquisition Service at the General Services Administration and a member of the TMF Board, in an interview with Federal News Network. “We got the processes and infrastructure in place and demonstrated some results. It’s in a stronger place today to argue why putting $1 billion in the TMF makes sense. There was a bunch of different directions it could’ve taken, but it turned out pretty well and continues to move in the right direction. It has a solid foundation.”

Thomas, who now is the chief operating officer at IntelliBridge, said the TMF is through the crawl-and-walk stages of development and is ready to run.

Thomas and other observers said the success of the TMF model show it’s more than just throwing more money after a problem, but the oversight by the board and accountability in the agency are major drivers of success.

More than 50 projects totaling more than $550 million in requests were awarded 10 loans from seven agencies, as of September. Each project must produce a “playbook” at the conclusion on their modernization effort, encompassing the perspectives and lessons learned. When an agency repays Technology Modernization Fund loans, the funds are returned to the TMF program to be made available for reinvestment in efforts as approved by the board.

The TMF Board awarded $4 million in 2018. Project analysis and proof of concept are complete, and now a formal determination on next steps is being made. The first loan repayment was for $103,000 in August 2019, and the second was for $1.03 million in August.

A $4 million loan was awarded in 2019 and the program received the first $2 million in January. The first phase is half-way through, and loan repayment begins in fiscal 2021. If EEOC earns the second $2 million tranche, repayment will end in fiscal 2026.

The initial award for $15 million, made in 2018, was lowered to $3.7 million when the project scope changed in 2020. DOE received $3.3 million and awarded initial contract actions to begin to migrate 18,560 mailboxes to the cloud.

The project received $9.8 million in 2018 and about $4 million of the loan has been repaid. It will modernize 11 applications and create a playbook. Three of the efforts finished in 2019, and the other eight are planned to finish before the end of fiscal 2021.

The project was awarded $16.9 million in 2019 and the first repayment of $500,000 was made in 2020. GSA has an annual schedule of payments through fiscal 2024. TMF funding is supporting technical design and development of the software-as-a-service capabilities.

HUD received $13.8 million in 2018 to migrate five critical business systems from an on-premise mainframe database to the cloud; $2.06 million is repaid. The housing systems’ code and databases are in testing. Applications go live into production in Q3 of FY 2021.

The project was awarded $3.5 million in 2018. A Data Hub to enable sharing user information and case data across multiple government systems was implemented. Loan repayment began June 25 and is expected to complete in fiscal 2025.

Matthew Cornelius, executive director of the Alliance for Digital Innovation, an industry association, and the first TMF project lead for the Office of Management and Budget, said the fund’s success is really all about the process. He said OMB set up a diverse team of experts and created the program management office at GSA to help agencies on a regular basis.

“There has been and is tremendous talent on the board. They all contribute valuable insights, and are prepared and thoughtful. The board is interested in what they funded and they take a serious interest in the health and welfare of the projects. They are serious about receiving regular updates from the teams and dealing with issues that pop up,” he said. “This has been one most incredibly successful programs that came out of this administration. Even with all constraints around limited funding and all the visibility from the press, the process has worked. There is a tremendous amount of promise going forward.”

Observers said the initial $100 million Congress allocated in fiscal 2018 and $25 million in both 2019 and 2020 for a total of $150 million over the last three years was, in the end, a good approach to ensure the board had the right governance and processes in place.

But now with the TMF’s success, experts said the appropriators should get on board with the suggestions by House and Senate lawmakers to add at least $1 billion to the program.

Kelly Morrison, the director of digital transformation and management at Grant Thornton Public Sector and a former performance analyst in OMB’s Office of the Federal CIO, said the TMF-funded projects to date have demonstrated that the concept makes sense and more funding is what is needed so that the program can really work as conceived, which was with a large amount of money that could drive modernization across all agencies at a grander scale.

The projects that received TMF loans also demonstrated that a quick infusion of funding focused on specific outcomes is an approach that should be emulated.

Mike Hettinger, a former Hill staff member and now managing principal of Hettinger Strategy Group, said agencies have shown time and again that if you can define parameters for the project and make incremental progress with a specific amount of money, reaching a successful outcome is more likely. He said over the past few years the TMF has made it clearer that the “big bang” funding approach doesn’t work and it may even harm agency efforts to modernize.

Cornelius added another benefit of the TMF, in some cases, is agencies used the application process to obtain OMB’s “stamp of approval” to get traction internally.

“The TMF helped CIOs who wanted to do some of this stuff but, for whatever reason, the ideas never made it through their own internal budget processes,” he said. “If they got $1 billion, OMB and GSA could survey the landscape to see longer-term projects. OMB is seeing these opportunities already across the government because of the response to COVID. OMB could target those investments to make enterprisewide investments.”

While the agencies receiving loans in the first two years paid back a least $8.4 million out of the $64.3 million obligated in 2018 and 2019, many experts agree the pay back model is the one area where the TMF could improve.

“I think agencies don’t want to participate as readily because of the strings that come with it, with the pay back requirement,” Hettinger said. “Identifying savings is difficult to do. There will be some agencies that took this money and didn’t save anything, but have improved operations and modernized system or applications. In order to make it work and get people to jump on it, I think they have to come up with a simpler process to pay it back. Maybe that means there is no process to pay it back. It could just be a pot of money for IT modernization that agencies apply for and must demonstrate results. It’s more like a venture fund that is used to accelerate IT modernization projects.”

ADI’s Cornelius added initially the way to get Congress on board with the TMF was to make it a revolving fund. But now with the spending caps no longer a big worry and the success of both the current TMF projects and IT modernization more broadly during the coronavirus pandemic, loosening up the payback model may make sense.

“If it got rid of the payback model and made it more focused on enterprisewide projects, they may see better outcomes,” he said. “By doing that, it gets OMB and GSA more credence to go back to Congress and explain the other projects or problems that need to be addressed and how much it will cost. It becomes more about the normal appropriations versus the cat and mouse game that’s currently happening in funding the TMF.”

Intellibridge’s Thomas said the payback model is important but it’s not the only metric that shows these projects are successful.

“There is benefit for an agency that may not be saving money but creating a positive benefit so how do you reflect that?” he said. “That is why giving agencies some additional flexibility, maybe something like avoiding costs or reducing time for citizens. The board decided to be more stringent on the payback because there was a lot of scrutiny and visibility. We didn’t want to be accused of ‘funny math’ because that’s how the program could get hurt.”

Grant Thornton’s Morrison said investing in governmentwide or multi-agency projects rather than agency specific projects may make sense going forward for the TMF.

“Yes, they will require greater investment and the impact and benefit will be so much greater than the value and impact achieved to date,” she said. “Additionally sharing successes around the projects themselves so that other agencies working on similar modernization initiatives can potentially apply successes to their projects or even leverage the solution to scale across other agencies. Also sharing successful TMF funding requests — why they are selected.”

It’s clear the TMF brings real change to those agencies that use it. OMB now needs to do more to share these success stories as a way to convince the appropriators to open their wallets. While $1 billion may seem like a huge amount, providing the board with $500 million to further prove the value of the program would be the next logical step to get more agencies much needed help to accelerate projects. 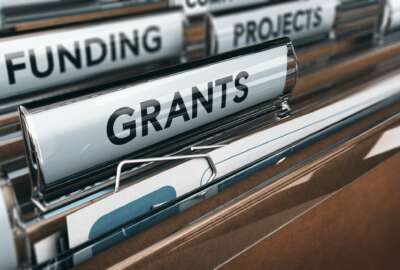 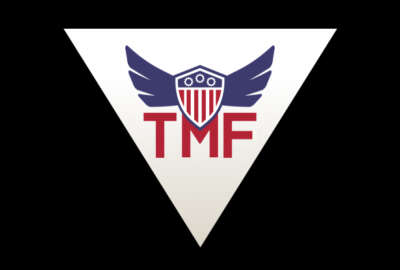