As it happened, the game I caught was that lopsided U.S. vs. Thailand episode. From what little I know of World Cup soccer, it was quite an...

As it happened, the game I caught was that lopsided U.S. vs. Thailand episode. From what little I know of World Cup soccer, it was quite an anomaly with its 13-0 score. The women are impressive in their obvious intensity, athleticism and stamina. If they have women’s soccer at that new stadium in Washington, D.C., I’d pay to go watch.

Whether it was an excess of nervous energy leading to the cup games or simply a lack of self-awareness, the U.S. team has been dinged from several quarters for an over-exuberance of celebration, particularly after a game that looked like shooting fish in a barrel. Not being attuned to the culture of World Cup soccer, I can’t say. I did feel bad for the hapless Thai team. Still, it’s the world stage and all the teams and their managers step onto it with eyes open.

By coincidence I’d interviewed two women who are unlikely to appear on an international telecast. They too have intensity and stamina, though applied to the indoor sport of federal management. These two won’t be having the sort of celebrations where they jump into colleagues’ arms. But both did receive honors. Not well known to the public, these achievements nevertheless signify recognition by peers who know talent when they see it.

Victoria Brahm, director of the Veterans Affairs Medical Center in Tomah, Wisconsin, is a finalist for this year’s Service to America Medals, or Sammies, awards. It was ranked the worst until she arrived a couple of years ago — now it’s in the top third. The center has come up 16 points in employee engagement scores.

Brahm made all the right management moves: Listening sessions, making sure to involve all “stakeholders,” including the family of a former Marine killed by an opioid over-prescription; hundred-day plans, metrics. Being personally available 24 hours a day in the beginning. Plus, some tangible early moves, like stabilizing the psychiatric staff so that the closed psych clinic could reopen, made a difference.

VA’s pioneering practices in pain management have become well known. Many of them were forged at Tomah under Brahm’s leadership.

Organizations in many ways are management’s soccer ball. At the feet of those with low talent, not much happens, even if they know what they’re supposed to do. Alex Morgan of the U.S. Women’s Soccer Team not only knows what you’re supposed to do with the ball, she can actually do it and has the medals to show for it.

Sometimes long, sustained commitment to a job gets you some recognition. A 30-plus-year career fed, Theresa Gullo is assistant director for budget analysis at the Congressional Budget Office. It’s not the most visible position in the world — explain that one at a cocktail party — but she received the James L. Blum Award. It’s a recognition named for the first person to hold her position in the 1980s, and is given by the American Association for Budget and Program Analysis.

That title makes the Association of Government Accountants sound exciting. In reality, people in both groups enable the government to function. Scientists will tell you that within its range, steel is more elastic than rubber. Well, to numbers people, the intricacies  of public accounting and finance are as exciting as the details of logic and compilations are to software coders at their hackathons.

In Gullo’s case, she works with Congressional staff members and federal agency managers to track budgets and prepare 10-year budget baselines. Gullo’s staff also prepares those cost estimates for legislation under consideration on the Hill. It’ll never make daytime TV, but such work matters. And in it’s own way, it is exciting.

But for more traditional entertainment, the U.S. plays Sweden on Monday. 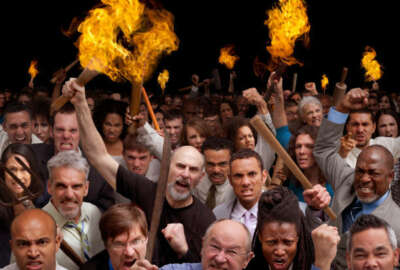 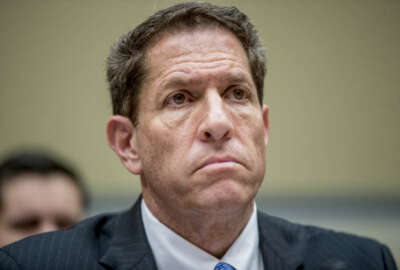