It’s not that simple, though, so give Murphy a break. Neither endorsing nor refuting...

It’s not that simple, though, so give Murphy a break. Neither endorsing nor refuting President Donald Trump’s legal claims, I simply point out the fact is the election is not settled.

A sub-Cabinet appointee who happens, by a quirk in the law, to have this peculiar responsibility has ended up with a no-win choice. Yes, she is a Republican appointed by the president. But until the recounts are completed and legal avenues exhausted, how can she be expected to take on for herself such a momentous decision? Once the election heads to the courts, no matter how right or wrong Trump’s cases may turn out to be, Murphy can’t decide the election. Had the vote ended up more clear and unequivocal in favor of Biden, then by all means he should have the resources including time to get on with his administration. But it didn’t.

Now on to another matter at hand.

For federal contractors, much will change under a Biden administration. Some changes will return the familiar. Some wags are already calling the next presidency a third Obama term. That may or may not be accurate, much less fair to Biden.

One thing is certain, the government won’t retreat one dollar from its $500 billion-a-year contracting appetite. Beyond that, the pH of the procurement waters will change.

The agency to watch, if you’re a contractor, and by extension a contracting officer, is the Office of Federal Contract Compliance Programs. This Labor Department unit is the source of many policies that apply to contractors, starting with ensuring contractors follow what used to be called employment standards. Mainly that contractors don’t, in their own employment practices, violate equal opportunity laws and regulations.

Administrations use it as one of the levers of power the general public doesn’t see, unlike, say, the Environmental Protection Agency or Justice Department. Its policies apply to contracts and contractors.

For example, OFCCP last month put out a request for information on diversity training that might include racial or sex stereotyping. This is related to the Trump administration’s order, applying both to agencies and contractors, to cease and desist from conducting such training. You can expect the incoming Biden crew to undo that order PDQ, if not requiring contractors to affirmatively have some sort of training in place.

During the Obama administration, OFCCP added requirements on contractors for equal pay for men and women, although the administration eventually lost a lawsuit against Oracle Corporation for pay discrimination. The case was decided by a Labor Department administrative law judge. But expect wage-related, as well as a different gender/race/opportunity issues to figure into the compact a Biden administration will seek with contractors.

The Obama White House also reversed a Bush White House OFCCP directive that attempted to lighten the audit burden on contractors. The Trump administration rescinded the Obama directive with a revised version of the Bush plan. And so it goes. Contractors can expect a fresh and heavier emphasis on audits of OFCCP matters.

In a related effort, the Cybersecurity Maturity Model Certification (CMMC) effort from the Pentagon continues. Attorney Robert Metzger, a published expert on supply chain cybersecurity, has noted the upcoming self-certifications by contractors and subs. They’re to tell DoD how many of the NIST special publication 800-171 cyber controls they have in place. Metzger wonders whether mistakes, deliberate or inadvertent, could land a contractor in a False Claims Act situation. I’m guessing the Biden administration will be likely to pursue a potential whistleblower signal with some zeal.

Compliance with environmental laws, or adherence to energy source or consumption goals may also figure in what a Biden administration would expect from contractors.

The Office of Federal Procurement Policy, a White House component, took a long time to get up to speed in the Trump term. Administrator Michael Wooten wasn’t confirmed until the middle of 2019. This last July he released his signature initiative on removing friction from the federal procurement process.

That’s a worthy goal, and to some degree it fits in with some of the policies of the Obama OFPP under a couple of leaders. It was an active OFPP, as evidenced by this archived list of memoranda. Many of the themes have continued and likely will under Biden: Development of the acquisition workforce, incremental approaches to large projects, better procurement and project performance data. Procurement policy is different from contractor policy. The former has had more consistency across administrations dating to Bill Clinton.

And speaking of friction, I wouldn’t be surprised if whomever Biden appoints as Secretary of Defense to yank the Joint Enterprise Defense Infrastructure, or JEDI, cloud project that’s years late and tangled seemingly endlessly in court.

I point out that A-76 competitions, under which contractors and government agencies used to compete for work not deemed inherently governmental, did not show green shoots of revival in the last four years, and certainly won’t in the event the Biden administration is seated.

So, yes, conditions for contractors will change. But not the federal market potential. 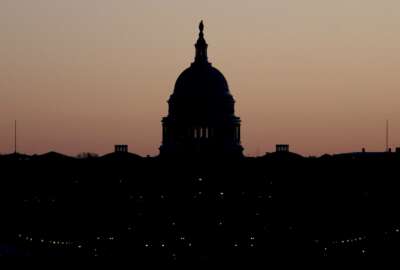