Hey, you at home, are you working or just jiggling your mouse?

Oh, my, the debate over whether federal employees should return to their offices is reaching a white-hot stage. That House Republican-backed “show up” bill won’t get enacted given the divided government. But it has turned up the electric induction burner under this boiling question.

The government itself, at least those serving as appointees in the Biden administration, are planning for continued high levels of telework, higher than they were before the pandemic. And, by the...

Oh, my, the debate over whether federal employees should return to their offices is reaching a white-hot stage. That House Republican-backed “show up” bill won’t get enacted given the divided government. But it has turned up the electric induction burner under this boiling question.

The government itself, at least those serving as appointees in the Biden administration, are planning for continued high levels of telework, higher than they were before the pandemic. And, by the way, it’s easy to forget that federal telework and how widely it should occur was debated and legislated over for at least a decade before the pandemic.

But now, General Services Administration Administrator Robin Carnahan told me, “Optimizing that federal footprint and the portfolio is a high priority for all of us.” Agencies, most of them anyhow, haven’t really settled on what they want to do with space, because they haven’t settled on a permanent telework policy.

The question is settling itself, though. GSA is looking hard at consolidating leases. Moreover, it’s looking at how more agencies can share space in government-owned buildings, just as the Government Accountability Office’s headquarters building also houses the U.S. Army Corps of Engineers and a couple of others.

Such “conversations are happening all the time,” Carnahan said. “While people may have been more reluctant to have those conversations, everybody is having them now.”

When I wrote about Washington, D.C. Mayor Muriel Bowser’s nudge to the federal government to decide, I came to understand one of the many dimensions of the return-to-the-office question. At least two federal employees I spoke to this week alone told me many restaurants in the city — the types of places for fast breakfast or lunch — have closed. They just didn’t get enough traffic. The fancy-schmancy places seem to do well, but not the average working stiff places.

The question for agencies remains, though, can the work get done?

The answer has been yes and no. Some agencies, like the U.S. Patent and Trademark office with its long history of examiners working remotely, appears to have not missed a beat. The IRS had a different experience, from which it is still recovering.

In general, though, telework works. But is it optimal for collaboration, for office cohesion, for all those little informal communications that can be important?

Two interviews on the Federal Drive with Tom Temin I thought would be totally opposed actually had a lot to agree on. I talked to former intelligence community employee and workplace specialist Mika Cross, and with long-time federal sales executive Paul Smith. Cross leans towards greater flexibility and improving online collaboration tools. Smith leans towards getting back to the office because in-person is the most effective way to collaborate. They both emphasized organizations’ need for flexibility in all areas of employee activities, including location.

The truth is, there is virtue both to working in the office and to teleworking. I’ll disclose I say this as one of the lucky ones. I’ve got great flexibility in my hours, and whether to work at home or in our studios, where I have my own, enclosed workspace. I also have a relatively short commute on local roads.

Before the pandemic, federal employees had to be deemed telework eligible, then they had to negotiate telework terms individually.  During the pandemic nearly every office denizen was forced by circumstances to telework. Maybe the real tussle is over who’s in charge — employees or management.

Everyone’s going to have to give a little. Managers who need to count noses to satisfy themselves people are working need to get with the times. Those, like people writing for the rather biased Remote-First Institute, need to understand that the question of work-life balance does contains the word “work.”

To the count-the-noses crowd, let me point out the existence of something I figure I’m the last to discover, but: You can actually buy devices called mouse jigglers. Teleworking people use them to keep their computers from going into sleep mode and thereby trick activity monitors into reporting that, by golly, you are steadily at work.

Now, what kind of ungrateful thing is that to do to an employer that equips your home office, trusts you to work productively there, and pays you? I can already see next year’s National Defense Authorization Act with a provision banning “electronic or electro-mechanical devices designed to simulate movement of a computer mouse employed on any government-issued computer or device used for government work by a contractor, subcontractor, grantee or assignee of the federal government for the purpose of fraudulently accumulating payable work hours or fractions thereof.”

With the right tools, there’s no compelling reason for everyone to get back into the office 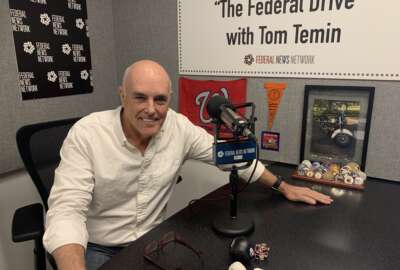 The case for returning to the office so you can collaborate