Public Service Recognition Week is probably the only week out of the entire year you won’t hear the federal workforce getting kicked around as a political football. Lawmakers will likely take a seven day break from proposing benefits cuts to reduce the deficit, and think tanks will probably refrain from arguing whether they’re under- or overpaid. Agency leaders will send out emails or hold townhall meetings to tell employees how much they’re appreciated. And the...

Public Service Recognition Week is probably the only week out of the entire year you won’t hear the federal workforce getting kicked around as a political football. Lawmakers will likely take a seven day break from proposing benefits cuts to reduce the deficit, and think tanks will probably refrain from arguing whether they’re under- or overpaid. Agency leaders will send out emails or hold townhall meetings to tell employees how much they’re appreciated. And the feds themselves? While some genuinely appreciate the recognition, many are less than impressed.

Federal News Radio surveyed its readers about Public Service Recognition Week, reorganization plans, hiring and other issues affecting morale. The number of respondents who said the week means nothing, or is an insincere public relations event outnumbered those that felt genuinely appreciated by more than two to one.

“It is just a week for the executives to pretend they care.”

More than 70 percent of the 97 respondents said they have been federal employees through three or more presidential transitions, or a minimum of 24 years.

Note: The three respondents who selected “other” specified they had worked through between six and eight transitions.

But that doesn’t necessarily relegate the rest of the respondents to the rookie category; 14.4 percent said they had served through two presidential transitions, a minimum of ten years. Even the 12.4 percent who said this was their first presidential transition could have signed on during the first year of the Obama Administration, putting them at nearly a decade in public service.

“Not sure I knew there was [a Public Service Recognition Week] after 26 years of service. It would be great to not just recognize the stellar employees, but those who bust ass every day quietly.”

More than 60 percent of respondents said their agency had not planned any events to commemorate the week, while another 20 percent said they weren’t sure. Those who were aware of events primarily reported public awards ceremonies, emails of thanks, training and fund raising events. One person said they get 4 hours of administrative leave and a health walk, while a couple others described various social events involving food, including luncheons and an ice cream social.

The respondents were split on what kinds of acknowledgements they would like to see. Around 40 percent said they would prefer these kinds of tangible acknowledgements. Of those, luncheons were the most frequently mentioned, followed closely by varying amounts of administrative leave, ranging from one hour to the entire day. Some also proposed allowing long-term telework arrangements.

“It is a time to reflect about my career and the meaning of our work for the American public. It also means taking time to thank our colleagues for all they do.”

Roughly the same amount focused primarily on sentimental acknowledgements. Statements, letters and emails of public thanks from agency officials, the White House and Congress were a common request. Notes of appreciation from direct management, especially those that recognized not just the most visible feds but those who consistently perform their jobs without any hype, were also mentioned frequently — a kind of fanfare for the common man.

“We are all in public service, so this is like a self-licking ice cream cone.”

Only 43 percent of respondents said they were familiar with their agency’s plan to reorganize. Of those, the reviews were fairly mixed.

Those against the reorganizations said too many through the years have veered their agency off course from its original mission, or that they seem to be jumping back and forth between structures that have already been declared unsuccessful. Others said restructuring is just an excuse to cut full-time employees.

“We are reorganizing back to a structure that apparently “failed” (which resulted in the current structure we have now that is apparently failing).”

Agency culture is considered to be the most common obstacle to reorganization, according to 61 percent of respondents. Workforce and budget tied for second, at 55 percent.

“Every new administration thinks they have a better idea, when actually it’s something that’s been tried and discarded in the past. They waste time and money moving us around, changing responsibilities. Just let us do what we know how to do, we know this already and have been doing a stellar job for decades.”

Meanwhile, lack of transparency and communication from agency leadership is a common complaint, with almost 80 percent of respondents saying they’ve received little to no information about reorganization plans.

More than 64 percent of respondents said their programs or mission areas have faced significant or moderate changes in the past 18 months. Of those, 63 percent said they’ve had to deal with less financial resources, and 59 percent said they have fewer personnel, which were the two most commonly reported challenges.

Meanwhile, respondents said that most attrition has occurred in the form of retirements, with 42 percent indicating they’ve seen an increase. 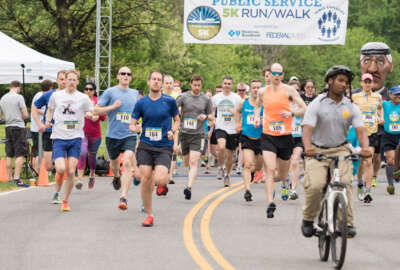 Jim Seymour: Are you ready for Public Service Recognition Week? 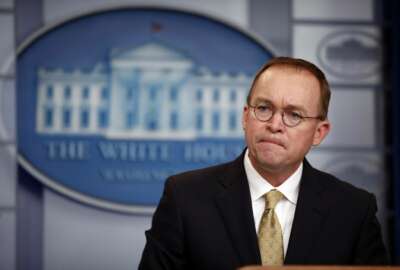 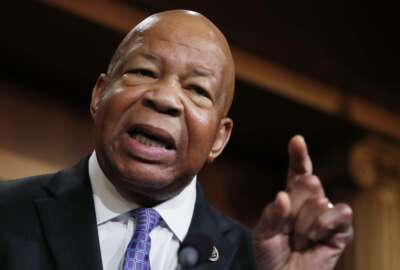