The president’s budget request, titled “An American Budget,” aims to cut more than $25 billion in federal spending by eliminating major programs from Cabinet agencies, as well as shuttering more than 20 small, independent agencies.

Many of the small independent agencies listed for elimination in the FY 2019 budget, including the National Endowment...

The president’s budget request, titled “An American Budget,” aims to cut more than $25 billion in federal spending by eliminating major programs from Cabinet agencies, as well as shuttering more than 20 small, independent agencies.

Many of the small independent agencies listed for elimination in the FY 2019 budget, including the National Endowment for the Arts and Chemical Safety Board, were also requested for elimination in last year’s budget proposal. Cutting these programs, however, would only save $2.5 billion from the federal budget by eliminating a host of small agencies and programs.

All told, the top-line spending cuts outlined in the FY 2019 budget plan come close to the $54 billion in cuts the president outlined in his fiscal 2018 spending proposal, but ultimately did not materialize in the spending bill that Congress continues to negotiate over.

In a conference call with reporters on Monday, Mick Mulvaney, the director of the Office of Management and Budget, urged lawmakers to take this round of cuts more seriously.

“We sent up $54 billion worth of cuts to the Hill last year and they took $5 billion and no large structural changes. They pounded the hell out of me while they did it. I know what the attitude is on the Hill. We would love to see them spend less,” Mulvaney said.

One of the new programs on the White House’s chopping block is the Energy Department’s  Advanced Research Projects Agency — Energy (ARPA-E). If enacted, the Trump budget proposal would zero out ARPA-E’s $305 million budget next fiscal year. Under the president’s timeline, the agency would end operations by mid-2020.

Moving bio-defense from DHS to USDA

Citing Trump’s ongoing government reorganization, the budget plan also seeks to move some programs under the purview of different departments.

For example, the budget proposal calls for transferring the operational responsibility of the National Bio and Agro-Defense Facility (NBAF), an animal disease research facility currently under construction, from the Homeland Security Department’s Science and Technology Directorate to the U.S. Department of Agriculture.

“Given that USDA is already responsible for the research programs that would be at this facility once construction is completed, it makes sense for USDA to manage the facility itself,” the budget plan states.

The budget also doubles down on Trump’s goal last year of privatizing air traffic control within the Federal Aviation Administration.

If enacted, the spending plan would “shift the air traffic control function of the Federal Aviation Administration to a non-governmental, independent air traffic services cooperative, making the system more efficient and innovative while maintaining safety.”

While the responsibility of funding the federal government falls on Congress, the president’s annual budget request serves as a list of spending priorities the White House would like to see throughout the year.

In March, the White House expects to release the President’s Management Agenda, which will look at long-term efforts to streamline government operations. According to the president’s FY 2019 budget, the management agenda will look at eliminating some political appointee positions, as well as shared services solutions to cut down on federal acquisition and IT spending. 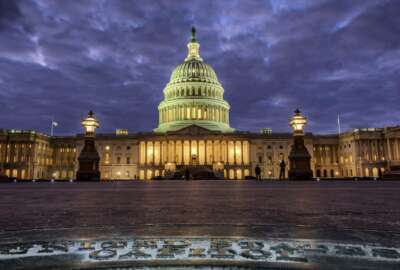 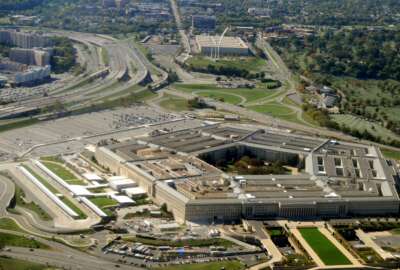