The Defense Department rolled out the biggest budget request in its history Monday, seeking $686 billion for fiscal 2019. Pentagon officials say the blueprint is tied directly to the National Defense Strategy it rolled out last month, and lets the military start filling gaps in manpower and capabilities that they argue were caused by several years of underinvestment.

The Defense Department rolled out the biggest budget request in its history Monday, seeking $686 billion for fiscal 2019. Pentagon officials say the blueprint is tied directly to the National Defense Strategy it rolled out last month, and lets the military start filling gaps in manpower and capabilities that they argue were caused by several years of underinvestment.

The Defense Department’s total — which includes $69 billion for overseas contingency operations — represents the lion’s share of the $716 billion the Trump administration requested for national defense, which itself was determined by the two-year budget deal lawmakers reached last week. Overall, it would represent a 10 percent boost over the 2017 continuing resolution the department is operating under right now, and 5 percent more than the administration requested for 2018.

Officials argued an increase of that size was necessary just to compensate for several years of slower-than-inflation growth in the Defense budget, caused by sequestration and spending caps imposed by the Budget Control Act.

“Over a five year period, our forces have endured over $400 billion in lost readiness, maintenance and modernization,” said David Norqist, DoD’s comptroller and chief financial officer. “With the bipartisan budget agreement, that hemorrhaging stops. It is a sign of how deep the hole is that we are in that it takes this big of an increase just to get the department’s budget back to where inflation alone would’ve put us.”

Much of the new money would be spent on additional personnel: in 2019, total end strength across the four DoD armed services would increase by 25,900, part of a larger increase of 56,000 troops by 2023.

Those troops would also see higher salaries. The budget proposes an increase in basic pay of 2.6 percent, a rate that officials said was tied directly to the private sector-based Employment Cost Index. If enacted, it would be the largest military pay raise in nine years.

However, in a departure from most of DoD’s recent budgets, officials said they were not proposing any major changes in personnel benefits such as health care.

“When you hear this administration talk about reform, we’re referring to changing the way the defense  business operations function, to make them less expensive and more efficient,” Norquist said. “We are not talking about the types of reforms that were done in the past with shifting co-pays.”

In another major deviation from past years, the budget does not include a request for another round of base realignments and closures, a step Defense officials have previously stressed is necessary in order to relieve the DoD budget of the unnecessary costs involved in maintaining infrastructure that the military does not need.

“We’ve asked for it a number of times in the past without much success, and so I think we’re looking at doing two things going forward,” Norquist said. “One is working with Congress to find common areas where we can make reforms and changes that don’t create the same types of obstacles. The other is that we are undergoing a financial statement audit that includes a look at property and assets and investments and improving the accuracy of the data behind it. And there’s a view of being able to take advantage of the data coming out of that process to help us make better decision making on real property.”

The budget does, however, include a significant increase in spending to maintain and repair DoD’s existing facilities, an area that has been severely neglected over several consecutive years as the department deprioritized those operating and maintenance dollars to redirect funds toward combat readiness. The spending plan would put an additional $700 million toward maintaining the military services’ base infrastructure, 7 percent more than 2018.

The funds would be concentrated on ensuring DoD’s facility foot print is “ideally sized to increase the lethality of U.S. forces while minimizing the cost of maintaining uneeded capability, which diverts resources from critical readiness and modernization requirements,” according to the department’s written budget materials.

While all of the military services would see personnel growth in the budget plan, they increases tilt more heavily toward the Army and Navy, each of which would boost their active duty end strength by just over 2 percent. The Marine Corps would grow by just over a thousand Marines, or half a percentage point, and the Air Force would gain another four thousand airmen – 1.2 percent more than the 2018 budget request.

DoD’s civilian workforce would also grow by four-tenths of a percentage point, but officials say the increase would be in targeted areas, such as ship maintenance, logistics, cyber and science and technology.

Likewise, Norquist said the military end strength increases would also be tailored toward meeting the objectives DoD laid out in the National Defense Strategy.

“It allows us to fill in units and provide key skills related to recruiting pilots, maintainers, and cybersecurity experts,”  he said. “It also allows us to add units, such as Armysecurity force assistance brigades and the Multiple Launch Rocket System battalion. The increase was designed to address a couple of things: one is readiness issues by adding pilots and people with skills in cyber areas, and it also allowed the capacity to add the types of units related to the emerging threats and challenges that we see. So I think part of what this strategy did, it looked over time and said, ‘where do we need [people]? Adding personnel takes time, but it also is something that you need to know where you’re headed and what you’re trying to accomplish.” 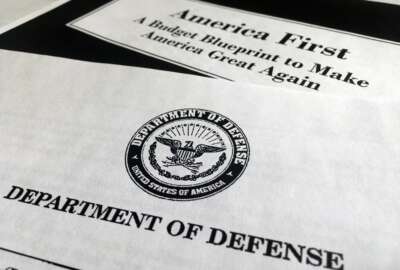