The newest rankings of the best places to work in the federal government had few surprises. NASA and the Government Accountability Office topped the list of large and medium sized agencies respectively. But the government on average continues to lag behind the private sector. Scores are published by the Partnership for Public Service, whose Vice President of...

The newest rankings of the best places to work in the federal government had few surprises. NASA and the Government Accountability Office topped the list of large and medium sized agencies respectively. But the government on average continues to lag behind the private sector. Scores are published by the Partnership for Public Service, whose Vice President of Federal Workforce Programs, Michelle Amante, joined Federal Drive with Tom Temin.

Tom Temin: Ms. Amante. Good to have you on.

Tom Temin: So it didn’t seem like there was any big changes. The Homeland Security Department didn’t magically move to number one on large agencies, it did better, but it’s still at the bottom, NASA still at the top. So what can we take away from what we learned in the latest scores?

Michelle Amante: I think what we take away from this year’s best places is just overall, we see from the numbers that federal agencies really rose to the challenge of a very, very typical year. And leaders do this by providing personal and work related support to their employees and finding new ways to deliver critical public services.

Tom Temin: Because the scores did rise for the agencies that did well. You had two variables, though, in the past year, and it’s hard to know which one. One, you had a change in administration, from one, let’s say, controversial to one that’s maybe a bit more conventional in what employees might be used to. And secondly, you had everyone teleworking from the pandemic, not everyone, but large numbers of people. And so, any clues that you’re able to discern as to what the factor was that made the top performing agencies that much better? Six, seven, eight, nine, 10 points in some cases.

Michelle Amante: Sure, well, the survey was actually taken in the fall. So it would have been before the election. These surveys reflect numbers from the Trump administration. So we really can isolate this to how employers were feeling during COVID and during the pandemic, and how their agencies were supporting them during that time.

Tom Temin: So in other words, the telework situation, that switch might be the thing that drove scores up a little bit?

Michelle Amante: Absolutely. Federal workers really appreciated the ability to have flexible work arrangements, which included telework, which included flexible hours, and they felt that their supervisors really cared for them and their well being, which was a change from past years.

Tom Temin: Because even at Homeland Security, which again, was at the bottom of the list of large agencies, it still had a significant rise in satisfaction scores from about 52 to about 61. And that is statistically significant, isn’t it?

Michelle Amante: Absolutely. And I will say, even though Department of Homeland Security is at the bottom, they have been making consistent strides to really invest in their workforce, thinking a lot about ways that they can make their family situation better for people on the border, and for people really serving on the frontlines of our country. So, I do want to recognize, though all of the work that DHS is doing, even though they continue to be at the bottom.

Tom Temin: I guess some of their component agencies do better than that average too, don’t they?

Michelle Amante: That’s right. And we were actually particularly impressive FEMA this year, because they did exceptionally well, despite […] during the pandemic. So, there really are within each department, a lot of bright spots.

Tom Temin: And what do you make of the fact that of the mid size agencies and the small agencies, the top ranking one, are congressional agencies. You’ve got the GAO way at the top of the midsized agencies with a really impressive satisfaction score of 89. And then at the small agencies with the highest score of anybody in government, is the Congressional Budget Office. And you could say both offices had really wild years in terms of workload.

Michelle Amante: Yes, it is fascinating. What I will say, because I’m very familiar with the work that GAO has doing over several years, is that they have made a very intentional effort to increase their employee engagement. They make this part of performance plans for the leaders, there’s a lot of accountability at the very top. They invest deeply in diversity inclusion efforts and have for many years, so this is very much a full agency effort for GAO. And so really, what you’re seeing is all of their hard work over several years coming to fruition.

Tom Temin: We’re speaking with Michelle Amante. She is the vice president of Federal Workforce Programs at the Partnership for Public Service. And just briefly review how the satisfaction scores are derived. You use some corporate partners to help come up with these scores, and they’re based roughly on the Federal Employee Viewpoint Survey, but how do you get the best places to work rankings?

Michelle Amante: So the way the rankings are derived is we work with our partners BCG, we’re very grateful for their support. And we use the Federal Employee Viewpoint Survey that OPM distributes every year. And OPM is a great partner and they share that data with us. And we use that data then to calculate the best places to work rankings each year.

Tom Temin: So it’s based on selected numbers from the larger survey that are then sort of combined into a type of index, would you say is that fair way to put it?

Michelle Amante: Correct. Right. The ranking itself is based on three specific questions that are weighted, in a proprietary ranking that we use every year for the best places ranking.

Tom Temin: So that’s kind of tough on the OMB because they come in 29th of the small agencies at the very bottom. And their scores went way down from 76 to 54. So, did they say anything about that, while they were putting all this together?

Michelle Amante: Yes, we did talk, we did write a profile at OMB, and we did speak to some officials there. And what I can tell you is that they are very committed to making this turnaround for their employees. It was a difficult year for OMB. And I think their employees were sending a very strong message that they were not satisfied with leadership, and that they wanted something to change. And so I think between their leadership results, and obviously the controversy over Schedule S that resulted in a very low ranking for OMB. But I can tell you that there is a lot of movement within the agency now to work with their employees and make things better.

Tom Temin: Sure. Memo to Russ Vought. Think of the memos you write, if you ever get back in I guess, or something like that. And, looking at the scores, what’s your best advice for agency management, agency leadership, to proceed here, now that they know where they rank? What should they do next?

Michelle Amante: So my best advice is to number one, remember that this is not just about feeling good, though we know that employee engagement drives performance. So if you want to achieve….there’s a very large agenda for this new administration….if you want to achieve that agenda, you need to be thinking about engaging your employees. And so what we would recommend is take a really good look at your scores this year, take a few of the areas where you’re really lagging and do some various….choose some strategic planning to think through what are the specific actions that you’re going to take over the next year to show your employees that you are working hard to correct those deficiencies.

Tom Temin: And also this week, I guess late last week, the Biden administration came out with a 5,000 word executive order, and that’s not including the appendixes and the introductions, on diversity and inclusion and equity in the workplace. Do you suppose that if agencies improved on that front, then perhaps a greater percentage of their employees would express high satisfaction, and therefore the scores could go up?

Michelle Amante: Absolutely. If you think specifically about the inclusion pieces, if employees feel that they can bring their whole selves to work, contribute fully to the work, that will certainly lead to a more engaged workforce. So this is all connected and tied together. And I think that that will, if agencies embrace that EO wholeheartedly, it will certainly make a difference in employee engagement.

Tom Temin: And anything that surprised you in the results this year? I was I was searching. I didn’t see anything that “wow, that was shocking,” except maybe OMB.

Michelle Amante: Yes, OMB was a little surprising. We were excited to see that the IC moved up to the number two slot. So, the the top five agencies have not changed. However, the positioning keeps changing. So it’s interesting to see how they all jockey for spots two through five. So the IC, and DOT as well, are very excited about the jumps that they made this year.

Tom Temin: All right. Michelle Amante is the vice president for more Federal Workforce Programs at the Partnership for Public Service. Thanks so much. 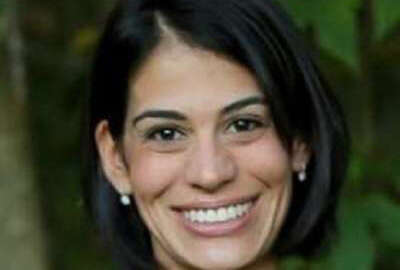 Best Places to Work: What the Partnership’s new rankings tell us