Biden has prioritized federal workers since his first day in office, said Office of Personnel Management Director Kiran Ahuja at a May 2 virtual...

Biden has prioritized federal workers since his first day in office, said Office of Personnel Management Director Kiran Ahuja at a May 2 virtual ceremony for the 2021 PRA recipients. His recognition aligns with his actions in both the executive order on protecting the federal workforce, as well as in the first priority of the President’s Management Agenda, Ahuja said.

May We Say Thank You 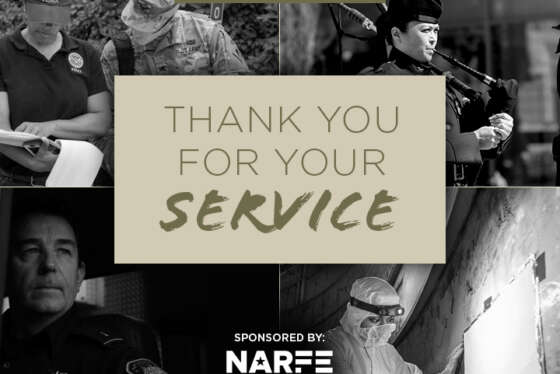 Join Federal News Network in thanking the dedicated federal employees and contractors who work tirelessly day in and day out in their efforts to serve our communities.

“It is why I chose to serve under President Biden, because of this commitment,” Ahuja said at the ceremony. “In executive order 14003, which the President signed during his very first week in office, he stated quite succinctly career civil servants are the backbone of the federal workforce, providing the expertise and experience necessary for the critical functioning of the federal government.”

Supporting all Americans is the bottom line of federal service, Biden said at the ceremony. He used the word “exemplary” to describe the work of the PRA recipients.

“They may not know your name, but you have their gratitude and that’s what public service is all about. That’s what the Presidential Rank Awards are all about. They’re about the families in every corner of this country whose lives all of you have touched,” Biden said.

Senior Executives Association President Bob Corsi, who has served on the panel reviewing PRA nominees, told Federal News Network he hopes that this trend will continue and that it can eventually move to an in-person ceremony when COVID-19 restrictions ease.

“It’s been almost 20 years since we’ve had a president publicly recognize the accomplishments of the senior executives with the Presidential Rank Awards,” Senior Executives Association President Bob Corsi told Federal News Network. “It’s a very humbling experience to be able to look at what these individuals are doing day in and day out and the billions that they are saving the government. It was a shame that you couldn’t publicly recognize these individuals before. And now, the president has done it.”

Recipients of the 2021 PRA include Stacey Fitzmaurice at the Department of Homeland Security, who created TSA PreCheck, as well as Gary Cantrell at the Department of Health and Human Services Office of Inspector General, who developed a new way of detecting waste, fraud and abuse and uncovered $19 billion in fines and penalties over five years.

In addition to recognizing the employees themselves, highlighting the accomplishments of federal workers can help strengthen trust in government, the Partnership for Public Service reported in a survey on public trust.

“When we asked participants to focus on the non-elected employees in career service, their responses were much more positive. We believe this is a key to change,” Partnership for Public Trust CEO Max Stier said at an event on May 2.

Office of Management and Budget Director Shalanda Young said at the Partnership event that even among negative views of the government, there are still ways to change the narrative around the federal workforce.

“As someone who has worked on Capitol Hill, I’m all too familiar with some of the harmful rhetoric about federal employees. That noise may be out of our control, but we can counter it with amazing stories of public servants getting the job done,” Young said about the Partnership’s Samuel J. Heyman Service to America Medals, another award highlighting federal employees’ work.

“Our team cares deeply about implementing the President’s vision, about supporting federal agencies and about serving the American people. And their commitment to public service is reflected throughout the federal government,” Young said.

The Presidential Rank Awards recognize the work of employees in the Senior Executive Service, nominated by their agency heads or cabinet secretaries. The Office of Personnel Management facilitates the review and selection process and the president decides the winners. Only about 1% of SES employees receive the rank, while about 5% of executives can receive a Meritorious Rank Award.

Ahuja said the timing of the ceremony further exemplifies the Biden administration’s prioritization of the federal workforce.

“Public Service Recognition Week is the time to acknowledge the federal workforce and the Presidential Rank Awards are a perfect way to celebrate outstanding federal leadership,” Ahuja said.

OPM reestablished the Presidential Rank Awards after the Trump administration canceled the awards in 2020, citing economic uncertainty amid the COVID-19 pandemic.

“It was my honor to reestablish these awards last year after the previous administration made a decision to cancel them,” Biden said. “These awards are about more than individual recognition. They remind all of us of the extraordinary capacity, creativity, diversity and dedication of our federal workforce and a reminder of why all the work you do matters so much.”

The Civil Service Reform Act of 1978 established the Presidential Rank Awards, which later expanded to add eligibility for senior career employees with a longstanding record of “exceptional professional, technical and/or scientific achievement recognized on a national or international level,” OPM wrote on its website.

OPM closed nominations for the 2022 Presidential Rank Awards on March 25. The winners of those awards will be announced by Sept. 30. 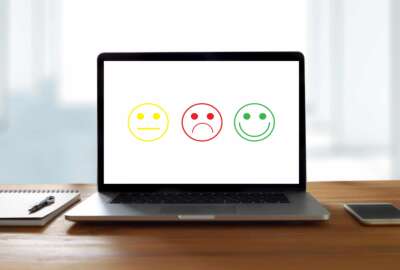 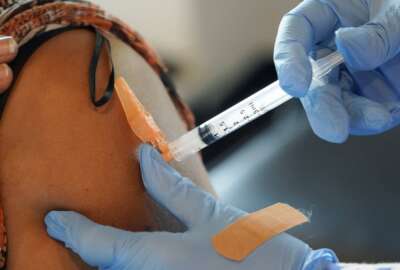