The vaccine mandate arguments keep rolling on and on

Most people — but not everyone — might have forgotten about the COVID-vaccine-mandate for federal employees. Those against the mandate are still battling in court and the next appeal isn’t until September. To sort out what’s going on and what agency management might do, attorney Stephanie Rapp-Tully, a partner at Tully Rinckey, joined the Federal Drive with...

Most people — but not everyone — might have forgotten about the COVID-vaccine-mandate for federal employees. Those against the mandate are still battling in court and the next appeal isn’t until September. To sort out what’s going on and what agency management might do, attorney Stephanie Rapp-Tully, a partner at Tully Rinckey, joined the Federal Drive with Tom Temin.

Tom Temin  So what is the status of the mandate? Both is in effect, and what is the legal back and forth status at this point?

Stephanie Rapp-Tully  It is not currently being enforced, because of the legal back and forth, the administration has not taken the steps to restart enforcement of the mandate. Technically, the mandate still exists. Back in January, when they could have restarted enforcement of the mandate, they did not. And then there was a court decision in April that, again, we thought might bring forth enforcement of it. And then we have the most recent decision, which is allowing oral arguments and to rehear the case, basically, in the 5th Circuit, and that’s not scheduled, like you said, until September 12. So at this point, we’re still in a standstill. No enforcement really is happening, except for maybe some healthcare employees and the federal government. Actually, it’s a different mandate. That’s a different situation. But the grand majority of federal employees, it’s in a standstill.

Tom Temin  So in April, that 5th Circuit ruled against the injunction that had paused the enforcement. Therefore, enforcement continues, or did continue.

Tom Temin  Could continue. But didn’t.

Stephanie Rapp-Tully  No. The administration did not take any action to continue enforcement, maybe foreseeing that this legal battle was not over, and knowing that we were going to move forward. It’s also unclear to me what the restart of enforcement would look like. Because my understanding from numbers back in January, is 98% of all federal employees are in compliance. Now, that doesn’t mean they have a vaccine, but it means that they are in compliance. So really, we’re looking at a very limited number of individuals. And most of those individuals probably already have exemption requests, or accommodation requests in works. So I think enforcement would be going back to reviewing those requests and then making determinations. And so employees might not see that that’s happening, if they had restarted and then had to stop and then restart and have to stop. I just haven’t seen any disciplinary actions come out as a result of someone not complying with a mandate.

Tom Temin  All right. And so who is suing over this? I mean, who’s pushing this case against the mandate?

Stephanie Rapp-Tully  Honestly, it’s a federal government thing. It’s the federal government kind of versus the state governments situation. As you know, it’s in the 5th Circuit. The 5th circuit won out the lottery of circuits. So when you have a court case that can go into multiple circuits, and you have them, you see them start popping up, they kind of do a lottery of what circuit wins to take on that issue. So the 5th Circuit won that lottery.

Tom Temin  Where is the 5th Circuit? What territory does it cover?

Stephanie Rapp-Tully  It is Texas. The court, I believe, is in New Orleans.

Tom Temin  Interesting. So from a standpoint of what you might expect people in terms of whether they support the mandate or not, that’s an interesting piece of territory.

Stephanie Rapp-Tully  Yep. The 5th Circuit winning that lottery was very interesting, because one could kind of guess where maybe the courts might go, but then you had that district court judge who took back the block and said it should be enforced. So you never know. I mean, even when you have courts that might sway one way or the other, you don’t know what judges are going to do or what arguments are going to prevail.

Tom Temin  We’re speaking to Stephanie Rapp-Tully. She’s a partner at the law firm Tully Rinckey. And what would enforcement look like if the government decides to go back after September when this thing is finalized? If it is finalized.

Stephanie Rapp-Tully  Yeah, I’m not sure it’s going to be finalized. I think this ends up at the Supreme Court. But let’s say that it goes back to enforcement. I think, like I said, I think the grand majority of that 2% have accommodations or exemption requests pending. And so the agencies will need to go back and start adjudicating those requests and making determinations. Some people will be granted accommodations or exemptions, and some people won’t. And then the disciplinary actions follow for those who won’t. Now if there’s an employee who doesn’t have an exemption request, or an accommodation request pending, potentially, it could go straight to a disciplinary action. And at that point, they still follow a progressive discipline system. So you might get a counseling saying, hey, you need to go get vaccinated or come up to a compliance. And then you might get a suspension, but then ultimately, you know, if someone’s not going to comply, it’s going to be a removal.

Tom Temin  Right. But you haven’t actually seen that occur yet.

Stephanie Rapp-Tully  Not for the grand majority of federal employees. I’ve seen a couple counseling. I’ve definitely seen counseling, and this was back before January. I’ve seen some counseling. I’ve seen some suspensions, but nothing removals. Now for health care workers. We’ve seen removals because that was again a different mandate, different scope of law, you know, so that’s very separate and apart. We have seen removals for those.

Tom Temin  Right those were Title 38 employees for the most part, as opposed to Title 5?

Tom Temin  Although it’s hard to imagine why a health care person in contact with patients would not want to be vaccinated? Which brings me to the question of what are the most common exemptions that you’ve seen that people seek?

Stephanie Rapp-Tully  Really the religious exemption is the biggest one. We’ve had clients come to us with sincerely held religious beliefs, which is the standard, that would prohibit them from getting the vaccine. So they need to make sure that they make that exemption request in a way that shows their sincerely held religious belief. Sincerely held religious belief, to be honest, is a very low standard. It is not that you are in an organized religion. It doesn’t have to be recognized, like most people know about it. It has to be something that you can show consistency throughout your life. You know, it’s not just this pertains to just one vaccine, it’s consistent throughout your life. And it doesn’t have to be like your entire life, you know, people change as they live. And so it could be something that they did you know, a couple years ago, five years ago, 10 years ago, whatever.

Tom Temin  Who decides whether to grant a religious exemption in a given agency?

Stephanie Rapp-Tully  It varies, what offices are handling that. From what I was seeing back when they were adjudicating them, they had kind of developed a subsection in either the reasonable accommodation office or the Equal Employment Opportunity Commission (EEO) office to kind of work through these. In some cases, it’s just the supervisor. I don’t know if that’s the best choice. But it varies substantially agency to agency. And the agencies have the ability to make up that process as long as they’re consistent in the steps. You can make the request, it is reviewed, there’s a decision.

Tom Temin  And no particular Office of Personnel Management (OPM) guidance that might have some sort of government wide effect on how this is handled?

Stephanie Rapp-Tully  The OPM guidance is very broad. So the agency has to consider a request for a religious exemption. They have to consider it. What they use in determining what is a sincerely held religious belief — now there’s case law to that, there’s EEOC guidance on that — but the grand majority people making these determinations are not lawyers. As is the case for if you have someone making a reasonable accommodation determination. Right? So, they kind of are using the same process that you would use for reasonable accommodation review. It doesn’t require the interactive process with a religious exemption, but that the employee states and specify specifically, I saw a number of cases where the person receiving information and reviewing asked for additional information, could you get me this? Could you show me this? I saw a lot of attempts to supplement packages, if there was something that they were looking for that was missing. And then reviewing everything and making that determination. Again, the standard is so low, it’s very hard to not show a sincerely held religious belief, but it’s possible.

Tom Temin  All right. What about medical exemptions? Is that less common?

Stephanie Rapp-Tully  It’s way less common. The Centers for Disease Control and Prevention (CDC) kind of published a list of anything that was a potential medical accommodation. And it’s a very short list. I don’t remember everything on that list. Basically, the CDC says if your thing is not on this list, probably not a reason not to get the vaccine, at least medically.

Tom Temin  Alright, so to review, then the injunction against the mandate was tossed out by that court. The appeal hearing is in September in the 5th Circuit. So between now and September, even though the mandate is technically in effect, the government has not been enforcing it. And what could happen in September, do you think?

Stephanie Rapp-Tully  Really depends on the court’s decision. And I don’t think again, that the appeals on this are done. I think that if the court rules in favor of either, the other party is going to appeal. And I think we find ourselves in Supreme Court at some point.

Tom Temin  Right and Supreme Court is done for the year, right?

Stephanie Rapp-Tully  Correct. But in September, it will be back.

Tom Temin  Oh, yay. Oh, yay. All right. Stephanie Rapp-Tully is a partner at the law firm Tully Rinckey. Thanks so much for that update.

Stephanie Rapp-Tully  Thank you so much for having me. 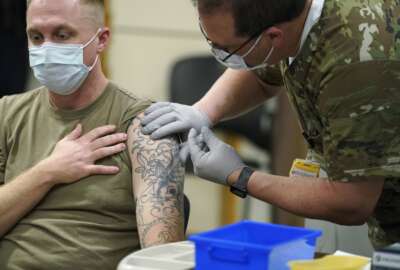 Yet another lawsuit challenging military’s religious accommodation process for vaccines 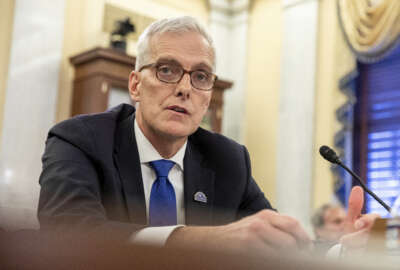