“What we’re looking to do is create a safe place for us to experiment with ways to reduce cycle time and ways to be more cost effective,” Smith Jackson said in an interview with Federal News Network. “We’ll take candidate procurements and we’ll try to figure out how can we save time. It might be collapsing past performance into contractor responsibility, reducing the page count, coming up with streamlined evaluation criteria. A lot of different things. We’re standing up a new organization, we’re hoping in January to field that.”

DHS launched the PIL in 2015 with the idea of using ideas from frontline contracting officers and other acquisition employees to improve the federal procurement process.

Seven years later, the PIL is widely considered one of the most successful acquisition labs that has led to a number of innovations, including around contract closeouts and streamlining other business processes. Additionally, the PIL provides assistance to other DHS components to rethink their acquisition strategies.

Nina Ferraro, the deputy chief procurement officer at DHS, said at ELC, that the PIL is expanding its boot camp sessions this fall to include personnel from other agencies and industry.

“We are also expanding the coach the coach program because we want to build capability in people to coach through an integrated product team (IPT) and through other ways. This way we can spread the seed of learning much wider,” she said. “We also started a PIL idea competition last year using a crowdsourcing platform not just innovating on particular procurement, but on the processes people find frustrating. We have two competitions in progress right now.”

Smith Jackson said the NAIL will provide similar assistance, and maybe most importantly, give mission and acquisition organization a safe place to fail.

“It’s going to be in the headquarters reporting directly to me with a senior executive, three-to-five people at the core headquarters, but representation from each one of our 10 centers as well,” she said. “That way we can actually get actual case studies from the field for operational use.”

Part of the reason why NASA is creating the NAIL is because of work it has done over the last few years to centralized its acquisition processes.

Smith Jackson said while some capabilities NASA buys remains regionalized or even center-specific, where they can the agency is consolidating purchasing efforts.

NASA was duplicating a lot of costs by buying the same or similar products and services at multiple locations. Smith Jackson said the consolidation of buying efforts is trying to reduce overhead and transactional costs as well as personnel resources so the agency can shift money to mission critical areas such as getting to the moon or Mars.

“It may be that it’s more cost effective for all of the grounds maintenance to take place in one center and they’ll receive services. So we look at where we have our competency. Some people have competencies and say institutional logistics or engineering services others have and mission areas like the ISS or our suits or our lunar terrain vehicle, it allows those that do the big mission areas to focus on those and to develop competencies and institutional services and other centers,” she said. “We’re also looking at the implications for small business to make sure those niche procurements still stay with small business. But we’re finding we’re getting economies of scale benefits. We’re looking at longer term contracts to support our mission areas, our launches and other things.”

Like anything, a big change like this requires contracting officers and program managers to get used to his new approach.

Smith Jackson said the change management around this centralization effort has been focused on ensuring senior leaders that this process works and developing uniform policies and uniform procurement experiences. She added it’s also just as important that industry understands and supports why this approach matters.

“We have 11 senior executive services members in the 1102 field. Of those, seven are in the field and four are at headquarters,” she said. “We have uniformed policy templates, business tools and analytics. We think this is our year of acquisition excellence as the idea of data analytics will make sure the deals are we getting are the same experience no matter the center you are working at.”

Achieving that same experience isn’t just a NASA or DHS effort. The Federal Acquisition Institute is collaborating with the Defense Acquisition University and the Office of Federal Procurement Policy to create a single certification for contracting officers that cuts across the Defense and civilian sectors.

“We’re looking at some point on the civilian side to customize our continuous learning points to make sure that people get concentrated training in their area of expertise. It might be pricing or it might be a specific business line, but it’s more than just going to conferences,” said Smith Jackson, who is part of the FAI effort. “We want them to get technical training for the CLPs not just go to conferences and listen to speakers, but to actually learn new ideas.”

This means contracting officers and others in the 1102 job category may need as much as 120 continuous learning points every two years, instead of 80 annually.

While the effort to create a single certification still has a few minor hurdles to get through, she added it’s closer than ever as it has been under the discussion for decades. Smith Jackson said finally the right people and leadership are in place to make it happen.

“We’re looking at the January time frame to get this finalized. And then we’re looking at a long transition year so it won’t go into effect immediately, but it will start the transition in January, and then it will cycle through probably one full year before it comes into effect,” she said. “We’ll make sure that people that are in cycle to get their certifications under the old system get their certifications.” 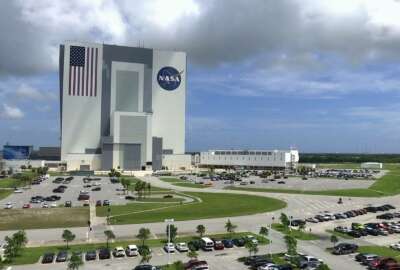