When your agency spends more than 90% of all its available dollars on grants and acquisitions, you better be good at it. At NASA, they try hard. Now the Office of Inspector General has taken a look at a NASA project to train and upgrade its acquisition staff. For what it found, Federal Drive with Tom Temin turned to project manager Deanna Lee.

Tom Temin: Ms. Lee, good to have you on.

Deanna Lee: Thank you Tom. Happy to be here.

Tom Temin: NASA has a program, it’s called MAP. Tell us about MAP, what it stands for and what you were looking at.

Deanna Lee: Well, the Office of Procurement Mission Support Future Architecture Program, known as MAP, is designed to help the Office of Procurement streamline its acquisition functions. But historically, all NASA procurement actions and award decisions were made at individual procurement offices located at 11 different NASA centers across the United States, instead of making enterprise wide decisions on procurements. And this old approach resulted in redundant contracts for similar purposes, as well as increased administrative actions, number of personnel and cost. And so we wanted to look at NASA’s new MAP program to see how it might change those pitfalls that it had in the past from concentrating its procurement actions at the centers. Their new approach, called the MAP, is designed to allow the agency to share capabilities among the centers, especially through the creation of something that they call product service mind.

Tom Temin: The implication is that there are certain things common to all NASA locations that it’s probably beneficial to buy centrally, and just leave the unique things to each center to those centers. Is that the general idea?

Deanna Lee: Exactly. One example would be custodial services, where those types of services are required at every NASA center. And they could be consolidated under a single agency wide contract, or even a regional contract if needed, instead of having individual custodial contracts that support each center. And this is important because reducing these redundant contracts that are designed for similar purposes, frees up acquisition personnel to focus on their critical mission needs, such as returning to the moon by 2024.

Tom Temin: I guess they had to do some groundwork to get buy in from the centers to go ahead with these kinds of things.

Deanna Lee: Yes, that’s the case. So some challenges that they’re facing right now, include the buy in from the centers. For example, staff raised some concerns about the culture shift from supporting center focus to procurement options to moving towards an enterprise focused approach. And this is this is a major culture change at NASA, so it’s going to require some buying for sure.

Tom Temin: And is there general agreement on what services and products might be common across all of the NASA centers? Custodial, I imagined some exterior maintenance, that kind of thing. Does it get higher level than that?

Deanna Lee: So there’s kind of two different categories of the product service lines. There’s the institutional type of contracts that include architectural and engineering services, environmental compliance, facilities, support services. And then there’s program and project specific product service lines, things like aircraft operations and propellant, that are also shared amongst different centers and in programs — also Safety and Mission Assurance. So NASA did a good job of identifying the different types of products and services that are shared amongst centers and amongst programs. And there’s agreement on where it can streamline those operations using the MAP program.

Tom Temin: And just to back up a step, this whole initiative started at headquarters. Fair to say?

Deanna Lee: Yes, that’s true. The MAP initiative is actually one that encompasses all of NASA’s mission support functions. So Office of Procurement is just one piece of that. So mission support functions cover agency wide actions, and officer procurement has implemented its own MAP initiated at the headquarters level, so that it can address procurement needs at an enterprise level, instead of being divided out by the center.

Tom Temin: And so this centralizing program has a commodity effect, but it also has a people effect. I imagine if I’m the Johnson Space Center propellant buyer, and suddenly my function is moving to some distant headquarters buyer, then what’s to become of me? Imagine that question comes up.

Deanna Lee: Well, I think the Office of Procurement has done a very good job of training and informing its staff about how these products service lines are going to work. And instead of the product service lines, the expert buying office they call it, being focused at headquarters, they’re actually divided amongst the 11 NASA procurement offices. So maybe Johnson headquarters could be the center that handles all of the custodial services that we talked about before. So we’re not really taking work away from the centers, they’re identifying centers that they think would be best suited to be the expert buying office. And so while the centers may have a different focus, because before they provided all the needs for the center, now they’re going to be focused on their individually assigned product service lines. So we’re not taking work away from the centers. NASA is just focusing its efforts on having experts at the individual centers to support the needs.

Tom Temin: And what about the training and development aspect of the acquisition workforce? That’s a part of this whole program too, isn’t it?

Deanna Lee: Well, training is a little bit separate. We we looked at training. The MAP program is designed based around operations, how NASA is going to operate. But we did evaluate a NASA’s training and certification program, we found that 95% of NASA’s identified acquisition workforce is trained and certified according to federal agencies standards. But we did find that there is a significant breakdown in internal controls that resulted in the remaining 5% not meeting their certification requirements.

Tom Temin: Alright. And taking all of this in you made several recommendations. Briefly review those for us.

Deanna Lee: Sure. We made four recommendations to the agency. The first two are in order to help ensure the success of the mission, the mission support future architecture program, the MAP program. We recommended that the agency finalize and implement its performance metrics dashboard, and also document contract assignments in a centralized system. And the third and fourth recommendations are to ensure that the workforce is properly trained and certified. And so we recommended that the agency utilize the Federal Acquisition Institute Training Application system known as FAITA, to document certifications and training, and also to ensure that contracting professionals who have not met their training requirements are removed from their acquisition duties in a timely manner.

Tom Temin: Got it. How does the agency react to the recommendations?

Deanna Lee: Well, the agency fully agreed with three out of four of our recommendations, and partially concurred with our second recommendation to document contract assignments in a centralized system. They cited a lack of an existing data source, which would allow them to document the program and project managers that are assigned to each individual contract. But we believe that the ability to link contract assignments to personnel is important enough that they should create a database to support this important oversight need

Tom Temin: In this day and age, that doesn’t sound like too heavy a list for the IT people.

Deanna Lee: I think that the real struggle is based on you know what we talked about with MAP, in that NASA Office of Procurement has really been separated out into its centers, specific functions. And so while the centers are aware of what contracting personnel work on each contract, there’s not a centralized database to have an enterprise wide visibility into those assignments. And so that’s where the struggle comes in is to implement the MAP, implement this transition from a center focused procurement function into an enterprise wide function. And part of that includes the data that needs to be centralized.

Deanna Lee: The Office of procurement began implementing the new mission support future architecture program in October 2019. But it expects that it’s going to take five years for open contracts to transition into contracts under their product service line, managed by the expert buying office. So they’ve made some progress in developing and structuring the program. But there’s still going to be quite a bit of time before it’s fully implemented and operational.

Tom Temin: Well, as they used to say if you can put a man on the moon. Deanna Lee is a project manager in the Office of the Inspector General at NASA. Thanks so much for joining me. 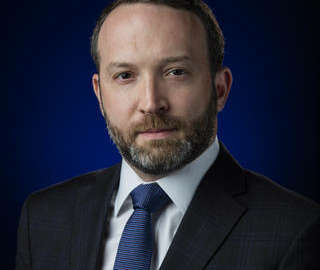 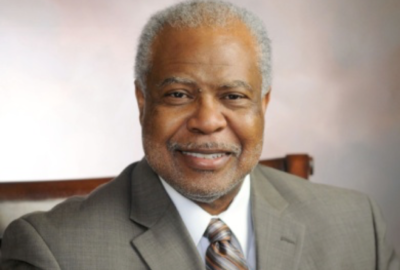 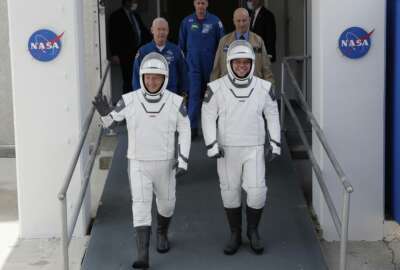