The Army wants to incentivize soldiers to handle their own permanent change of station moves, rather than relying solely on the government-managed system that tends to get overburdened, particularly in the peak summer months.  To encourage those do-it-yourself moves, officials are boosting financial incentives and trying to make the process easier.

And there’s at least some evidence that those efforts are paying off.

During 2020, even as fewer soldiers made moves because of the coronavirus...

The Army wants to incentivize soldiers to handle their own permanent change of station moves, rather than relying solely on the government-managed system that tends to get overburdened, particularly in the peak summer months.  To encourage those do-it-yourself moves, officials are boosting financial incentives and trying to make the process easier.

And there’s at least some evidence that those efforts are paying off.

During 2020, even as fewer soldiers made moves because of the coronavirus pandemic, a slightly greater share of them chose to move themselves — or hire movers on their own — instead of using the government-contracted system of moving companies.

One possible reason for that: Toward the beginning of the pandemic, the Defense Department decided to start reimbursing soldiers for those PPM moves at 100% of the rate the government would have paid a moving company, instead of the then-standard 95% rate. Late last year, the department made that 100% reimbursement rate a permanent part of the Joint ‘Travel Regulation.

That is significant, because we had to get concurrence from all of the services in addition to what the Army wanted to accomplish,” Maj. Gen. Michel Russell, the Army’s assistant deputy chief of staff for logistics told reporters Tuesday. “It puts more money in our soldiers’ and families’ pockets. It incentivizes them to do their own moves when they want to, with the conveyances they choose. And in a COVID environment, it allows them to better maintain their healthy bubble by doing things themselves.”

The PPM process reimburses soldiers at the rates DoD would otherwise pay its contracted moving companies — regardless of how much they actually pay out of pocket. Because of that, many, if not most members come out ahead.

It does involve some bureaucratic hoops, however, like verifying the actual weight of the household goods shipment a soldier is sending from his or her old duty station to the new one and submitting documentation as part of a formal claims process.

But Russell said the Army has taken steps to make that part of the process easier – again, to help incentivize self-procured moves. One way is through a app that combines most of the functionality they’ll need to handle the process on a mobile device. Previously, soldiers had to deal with most of the process on antiquated websites, which required a common access card to log in.

The app, which launched last year, has been downloaded 13,000 times, Russell said.

“We’re very proud of it, because the intent was to take all the information out there on multiple websites and consolidate it in one place,” he said. “That allows service members and families to go research whatever they need to set up their moves, track their moves, and basically empower them to take back control, because knowledge is power.”

As another way to make the moving process go more smoothly, the Army decided last year to commit itself to giving soldiers more lead time before their next move. The service has now achieved its goal of giving service members their permanent change of station orders 120 days, on average, before the date they’ll actually need to report to their new unit.

Until recently, the average lead time was much less: Between 30 and 60 days.

“This was a very big issue for our force a year ago,” Russell said. “And [fixing the problem] has multiple second-and third order effects. It allows you to prepare yourself and your family sooner, and allows you to schedule a household goods appointment even earlier. It allows you to receive a sponsor on the other end sooner. It benefits soldiers in so many ways in terms of early and proactive planning, versus the reactive approach we may have had in the past.”

Because of the pandemic and the stop-movement orders that came along with it, fewer soldiers moved in 2020 than in a normal year. The Army funded just over 146,000 shipments last year, compared to 170,000 in 2019.

But Russell said the pace of PCS movements has just about returned to normal, and the Army is expecting its peak moving season this year — from May to October — to involve about 90,000 soldiers. That’s up from 72,000 during the same time a year ago.

Nonetheless, Army officials say they don’t currently have reason to think that this year’s surge season will overwhelm DoD’s system for contracting with movers.

“Over the last year, we’ve made a lot of changes in the system,” said Derrick Candler, the chief of the Army’s transportation policy division. “We plan differently. We work between the different services, we come up with different quotas to try to limit the number of moves that we make per week to prevent the moving industry from being saturated. I don’t foresee see the issues that we had in the past. Working with our personnel community, with our logistics community we’re working in unison, to ensure that we’re not moving too many people at any given time.”

Russell said that coordination also extends to the Army’s operational and planning communities.

“They are the ones that say what forces are required, what units have to move, where we want to do re-stationing, schools, etc,” he said. “By staying nested with the operational community, we can make informed and realistic decisions, and space moves out across time so that we meet commanders’ requirements on the ground. We also give the transportation community enough time to respond, because they shrink and expand based on season as well.” 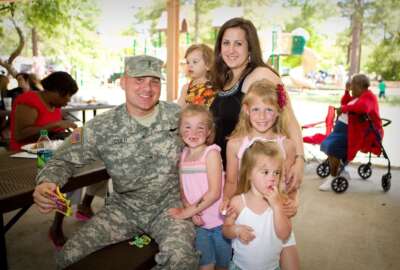