Army to rationalize 8,000 apps as part of setting cloud foundation

For the Army, the next 12 months is all about laying the foundation to meet both its tactical and enterprise requirements in a hybrid cloud.

The first step is to reduce the more than 8,000 applications the service currently supports.

“If you looked at these 8,000 apps, some of them are very new. Some of them are what we call antique but we have to keep them around. So it’s no one-size-fits all when it...

For the Army, the next 12 months is all about laying the foundation to meet both its tactical and enterprise requirements in a hybrid cloud.

The first step is to reduce the more than 8,000 applications the service currently supports.

“If you looked at these 8,000 apps, some of them are very new. Some of them are what we call antique but we have to keep them around. So it’s no one-size-fits all when it comes to where we are going,” Army chief information officer Lt. Gen. Bruce Crawford said on the Federal Cloud Report. “It’s not just about putting our data in the cloud. We’ve got to be able to access that data so our identity credentialing, authentication and access management steps have to be taken in order to complete the circle. It’s being able to access your data, anywhere, anytime and in all environments.”

Crawford said the Army is going through the process of deciding which apps can migrate today, which ones will need more time and which apps they may need to get rid of altogether.

“I do not envision us migrating 8,000 apps. What I envision us doing is rationalizing down to about 5,000 apps,” he said. “The other realization that we came to with the market research we’ve done, not all apps need to be moved to the cloud. Some will remain in legacy data centers.”

The Army has been on a mission to test out different cloud services, both public and government only. It also has been under a strict mandate to reduce the number of data centers it runs as part of this effort.

Like many departments in the military and civilian world, the Army’s goal is to move as much of its data to the cloud and reduce the cost of managing data centers.

Crawford said the service has 1,334 data centers and a goal of getting down to 306 with four core data centers by fiscal 2022. The Army had a goal of closing 752 of them by the end of 2018, according to a 2016 presentation by the Program Executive Office, Enterprise Information Systems.

Crawford didn’t say if the service met that September goal, or how many data centers have been closed.

But the data center consolidation effort is key to this hybrid cloud effort because the Army always will maintain data that is too sensitive to put in a commercial cloud.

“What we are doing now is going through the rationalization process. Everything that I’ve learned from talking to the various CEOs and the various engineers from all types of companies who have gone out and actually migrated to the cloud, and all the market research I’ve seen, says you’ve got to set the environment first,” he said. “You’ve got to get a series of diverse pilots going to inform future design options of what the ultimate cloud will look like for the Army. You will see some of that happening this coming year from the Army.”

“We have some important data that sits in a couple of our data centers so while we are experimenting, we want to make sure we bring that with us as part of the experiment so we can solve some of these problems,” he said. “The other piece of it is more forward thinking. The synthetic training environment there is about a 7-to-8x increase in capacity required to realize this vision of a solider being able to train on any piece of turf, any piece of ground virtually anywhere, from any installations, and we have 288 installations across the Army. That will generate a lot of data.”

The synthetic training environment is one of the Army’s eight cross functional teams created under Secretary Mark Esper’s modernization plan.

“While we set the environment in 2019 and begin to migrate apps in 2019, we want to make sure we are addressing and laying the ground work for those synthetic training environment requirements as part of future modernization but also current readiness when we look at very important data we have sitting in legacy data centers,” Crawford said.

The Army tested commercial cloud capabilities at Redstone Arsenal between 2016 to 2018.

“We learned a lot about dealing with and engaging with a commercial vendor from security to the risk management framework and the importance of streamlining that particular process so we can actually get authorities to connect to the network,” Crawford said. “That pilot ended last spring. Where we are headed now is off on a new venture in terms of laying out the cloud hosting environment for the Army. What I can tell you, I’d expect significant activity in 2019 out of the Army when it comes to the cloud.” 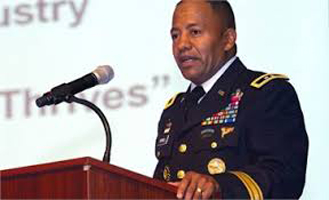 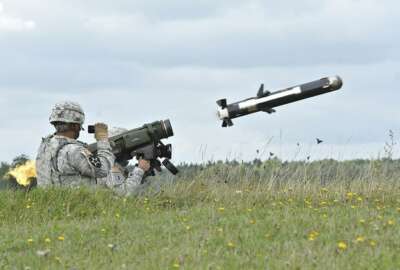